“Churches were shut, but many have never been busier”, said the United Kingdom Evangelical Alliance as the findings of the survey ‘Changing church: Responding to the coronavirus crisis’ were presented. 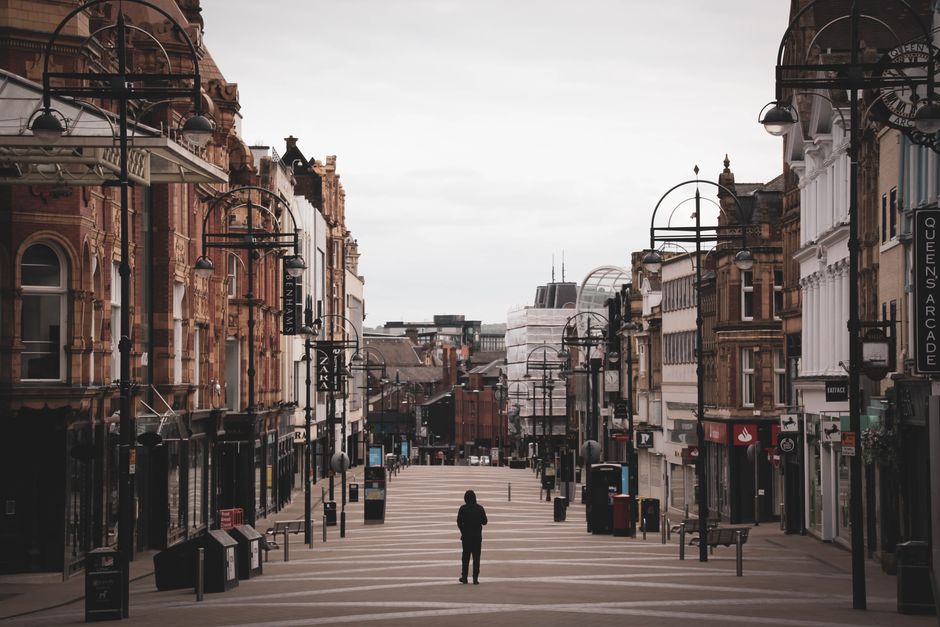 An empty street during the lockdown in Leeds, the UK. / Gary Butterfield, Unsplash (CC0).

The UK Evangelical Alliance (EAUK) has carried out a survey of nearly 900 churches and organisations, about how they have responded to the coronavirus crisis, and the changes they have experienced due to the pandemic.

The EAUK ran the survey between 14 and 20 May, and “got responses from a wide variety of denominations and streams and great representation from across the UK”, said its director, Peter Lynas.

“Churches were shut, but many have never been busier”

“Church buildings have been shut since March, but many have never been busier. They have moved online for Sunday services and their church-based activities and projects into neighbourhoods, to meet the needs of the vulnerable”, the survey points out.

According to the EAUK, “although there will be further challenges ahead, this report presents a hopeful future as the church looks at life after lockdown”.

During the lockdown, “84% of churches and organisations surveyed have changed the way they were doing their work , maintaining their core mission and vision, and showing great agility and creativity”, the research underlines. 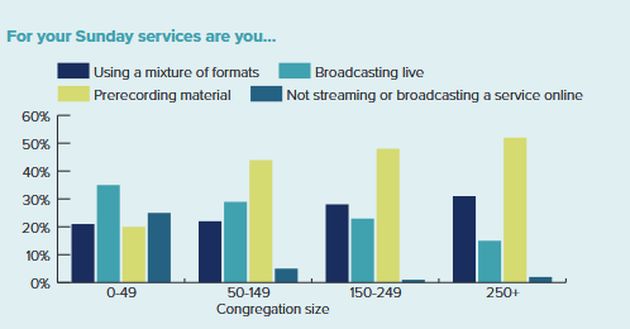 New ways of doing church due to the coronairus. / EAUK.

“An increase in people interested in finding out more about Jesus”

These new ways of doing church, have led to “an increase in people interested in finding out more about Jesus and the Christian faith in 59% of the churches that responded to the survey”.

“We were encouraged to hear that 70% of church leaders say that people who would not normally attend church are attending. This was consistent across all denominations”, the EAUK adds.

The evangelical entity also asked churches what were the major issues that they had been praying for as a church during the lockdown. “Pastoral care needs within the church, people coming to know Jesus, and the Government were the most common prayer themes”.

Serving the most vulnerable

“Despite, or perhaps because of, the restrictions imposed during lockdown, churches are increasing the support they offer to the most vulnerable”, the survey says.

It shows that “of the 88% of church leaders who said their churches are working to meet the needs of vulnerable people, 72% are working in partnership with either local authorities, other churches or charities”.

“Almost half of churches that responded (48%) have started a new community engagement initiative since the coronavirus outbreak began. Most projects have either been emergency food provision or befriending for the elderly and isolated”, the EAUK explains.

The coronavirus crisis has brought economic problems worldwide, but “even with potentially challenging economic times ahead, 56% of churches think they have got enough reserves to continue through a period of reduced income, and 23% have reserves but do not anticipate needing to use them”, the survey reveals.

The UK government launched its Coronavirus Job Retention Scheme, allowing workers to be furloughed. Churches and organisations were able to apply for it. The EAUK found that “31% of churches furloughed some or all of their staff. The larger the church or organisation, the more likely they were to furlough staff”.

“Churches were, of course, worried to some extend about their own finances, but what really seems to drive them, as they look ahead, are concerns about the increase of mental health problems, and the increase in poverty and individual debt”, Lynas said.

56% of churches think they have  enough reserves to continue. / EAUK.

Hope for the future

When asked to share how they would describe their current emotional wellbeing, “73% of respondents described their emotional wellbeing as good or very good, and this trend was replicated across the different regions of the UK”, the research points out.

“We are encouraged by the passion to make Jesus known in churches across the UK and heartened by the depth of compassion that is worked out through practical concern for the most vulnerable. Through the Spirit, Jesus is continuing to build His church”, the EAUK concludes.

Published in: Evangelical Focus - europe - 59% of the UK churches saw an increase in people interested in Jesus during coronavirus