Prayer is not private

Is the UK government’s decision to allow ‘private prayer’ yet more evidence of rife religious illiteracy within the corridors of power? 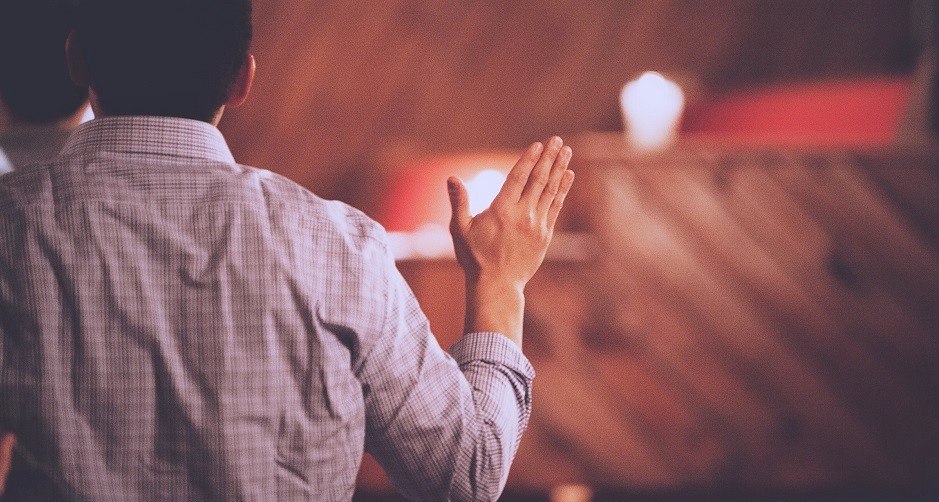 Following campaigns and subsequent government relenting, churches in England can now reopen for ‘private prayer’ from 15 June. But is the Government’s decision to allow ‘private prayer’ yet more evidence of rife religious illiteracy within the corridors of power?

First, the move presupposes that what they are now allowing is a meaningful accommodation of religious practice, and, second, the very phrase ​‘private prayer’ reinforces the public-private divide.

The decisions for the other nations of the UK are being taken separately by each devolved administration, and church denominations may choose to reopen at their own pace. I’m all for personal prayer; it’s one of the clearest commands in scripture for the Christian life, and it is a life-giving practice that enables us to grow in our relationship with God. However, in the present political vocabulary, it has become the political litmus test for whether churches are able to get back to normal. What’s more, it leads to significant misrepresentation of the Christian faith and an entrenching of religious illiteracy in government and in the media.

The use of private prayer to describe individuals going into a church building to pray on their own is both accurate and misleading. Prayer is an activity that we often conduct on our own.

The Bible teaches us to pray without making a fuss about it, so in one sense it is accurate to describe it as private, but it is not something we need to attend a church building to do. I grant that the solemnity of a physical place where generations of saints have joined in the chorus of worship over centuries can inspire us to worship once more, but our connection to Christ is personal and therefore we can pray everywhere. The reopening of church buildings for prayer suggests that prayer has not been happening over the last three months, and I have seen and experienced a greater appetite for prayer in this country than for many years.

Habits of prayer look very different in different Christian traditions, and this is not acknowledged in this latest announcement around the relaxation of the lockdown, which will also see non-essential shops and other facilities, such as zoos, reopen.

For a church that meets in a hired school hall, all the discussion of opening buildings for private prayer is totally irrelevant; and even for those with church buildings it will be of variable levels of importance for the congregation.

For the vast majority of churches, the ability to reopen for private prayer is of limited benefit

At a point when the Government suggested that they will remove restrictions on Sunday trading hours to help kick-start the economy, this announcement is at least a recognition that people are spiritual as well as economic beings. It has been clear in recent weeks that the Government has taken a series of decisions that prioritise economic benefit, with other phases of the easing of the lockdown, such as seeing family and friends in limited groups outside or this announcement about prayer, as a secondary consideration necessary to maintain some consistency of approach.

For the vast majority of churches, the ability to reopen for private prayer is of limited benefit and should not be used to suggest that the Government is allowing churches to fully function once again.

The rules will place responsibility on churches for how they reopen and do not put specific limits on how many people can be in a church at anyone time, nor the conditions required to allow them to open for prayer. There will therefore be significant discrepancy across England and across different denominations as to how and whether this occurs. For churches that do not own their own buildings – which is a significant proportion of churches in charismatic and Pentecostal networks – this is a totally irrelevant first step.

Prayer may be personal, but it is not private because our prayers have a public impact

Allowing buildings to be open for prayer is fine, but it isn’t really a step towards most churches functioning as they previously did. The purpose for wanting buildings open is so that we can gather together, worship together and learn from scripture together. It is through corporate meeting that we are a witness to the world of the saving grace of Jesus, not through unlocked doors to buildings.

This crisis has caused churches to reflect on the huge value in gathering together physically, and makes evident how insignificant these first steps are to restoring that. When considering the benefits of meeting together it is clear that many of them will not be realised for some time, and that’s why many churches, as I’ve previously reflected, are not rushing to reopen.

That’s the process problem. The philosophical problem is larger and reflects a trajectory of thought and policy that never seems to go away. Referring to private prayer suggests that it is only of importance to the individual praying. Prayer may be personal, but it is not private because our prayers have a public impact.

Prayer may be conducted by an individual (in communion with God), but it is not a private activity. The Christian faith is a public faith, what we believe is good for all of society; it is for the benefit of the world that we proclaim Jesus as Saviour and God as King. When we pray we call on God to intervene in our world, we are cry out against injustice, we lament with those who grieve, and we worship He who has authority over all things.

Our prayers are not private activities, they are the personal manifestation of our public faith. Talking about private prayer diminishes its importance and its impact. It reduces faith to something individuals can practice if they choose and if done should be done without it impacting anyone else. The Christian faith doesn’t work like that. It encompasses everything: God is the King of all of creation and is the one with ultimate authority.

As we seek to live as disciples of Christ our faith must spill out into all areas of our life and not just the private realm. By all means pray in private, whether at home or in a church building, but remember that our prayers are not private actions.

Danny Webster, Media Relations director of the Evangelical Alliance United Kingdom (EAUK). This article first appeared on the EAUK website and was re-published with permission.

Published in: Evangelical Focus - Features - Prayer is not private