3,000 people marched for life in Berlin

Demonstrators called for “the protection of the right to life from conception”, and “an end to euthanasia and surrogacy, because children are not goods”. 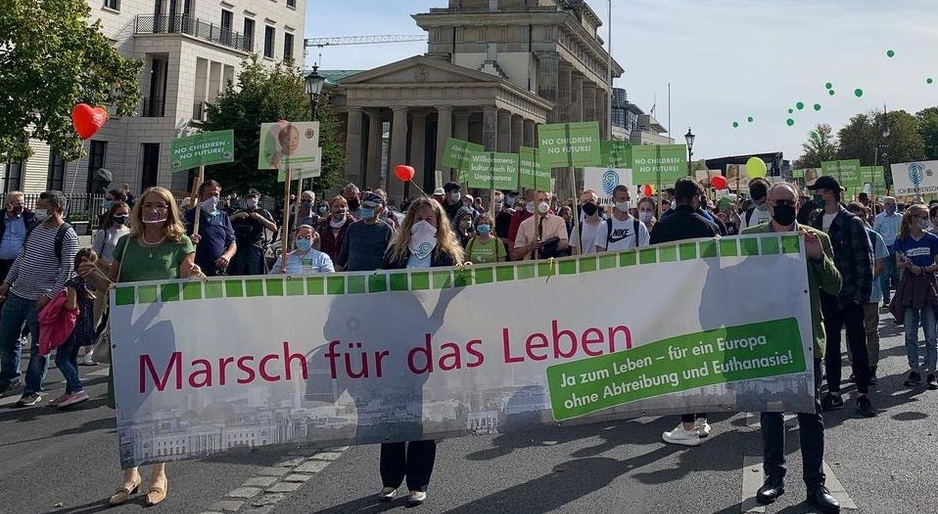 Around 3,000 march for life in Berlin. / Bundesverband Lebensrecht Facebook.

Over 3,000 people participated in the German “March for Life” that took place in Berlin this Saturday, September 19.

Under the motto “We love life!”, and following strict coronavirus measures, thousands stood up for human rights on the streets, watched the event on television or at home through a live stream.

The march was organised by Bundesverband Lebensrecht (BVL), an organisation that brings together different German pro-life organisations. Alexandra Linder, Chair of the BVL, pointed out that “a humane constitutional state can only exist with human dignity, which every human being has unconditionally from his existence to his death”.

The organisers presented several demands for “more protection of life”. They called for “an end to euthanasia and assisted suicide”; the end of surrogacy, because “women are not birthing machines and children are not goods”; and the end of the “PGD and prenatal blood test: inclusion begins before the birth”.

Furthermore, they asked for “the protection of the right to life from conception: every child is equally valuable; the preservation of the Embryo Protection Act: Embryos are full human beings; for ethical vaccines: do not use cells from aborted children in vaccine production; and the right of pregnant women to receive help, protection and information”.

Singhammer: “Protection of the unborn has to do with reconciliation and with peace”

The former Vice President of the Bundestag, Johannes Singhammer, participated in the march. He thanked all participants in the march “for standing up for the right to life of all people so publicly and visibly”. 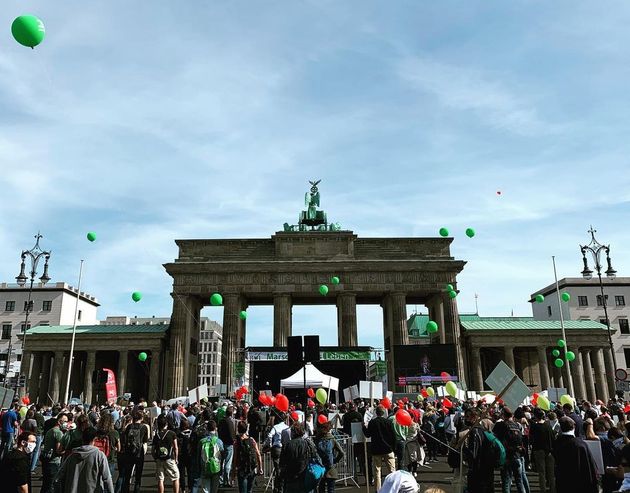 “Protecting human life is also part of protecting the environment. It does not matter whether it is born or unborn life. The protection of unborn human life has nothing to do with hatred and agitation, but with reconciliation towards creation and with peace”, the Christian Democrat politician said.

There were musical presentations during the whole march by the OutbreakBand and the blind singer Bernarda Brunovic, as well as the presentation of the movie "Unplanned", and testimonies of different people.

Several counter-demonstrations also took place at the same time of the “March for Life”, including unannounced rallies which tried to disrupt the pro-life demostration.

Radical pro-choice activists chanted several slogans and had posters against pro-life messages, some of them offensive. According to the police, the protests remained largely peaceful.

Greetings from religious and political leaders

The march finished with a small worship service. The Roman Catholic Archbishop of Berlin, Heiner Koch, pointed out that “the protection of life is not a question of morality or ethics. Rather, it is a question of grace”.

The chairman of the German Evangelical Alliance, Ekkehart Vetter, and the head of the German Bishops' Conference, Georg Bätzing, sent their greetings to the participants.

Other personalities from politics and the church also sent written greetings. Philipp Amthor (CDU) called for strong voices that represent a “value-oriented and life-affirming image of society. The law gave the state a clear mandate to protect life. The Basic Law is not a constitution for dying”.