The Inquiry into Child Sexual Abuse's report denounces that “the Church of England failed to protect children and young people”. The Church responds: “We are truly sorry for the shameful way we have acted”. 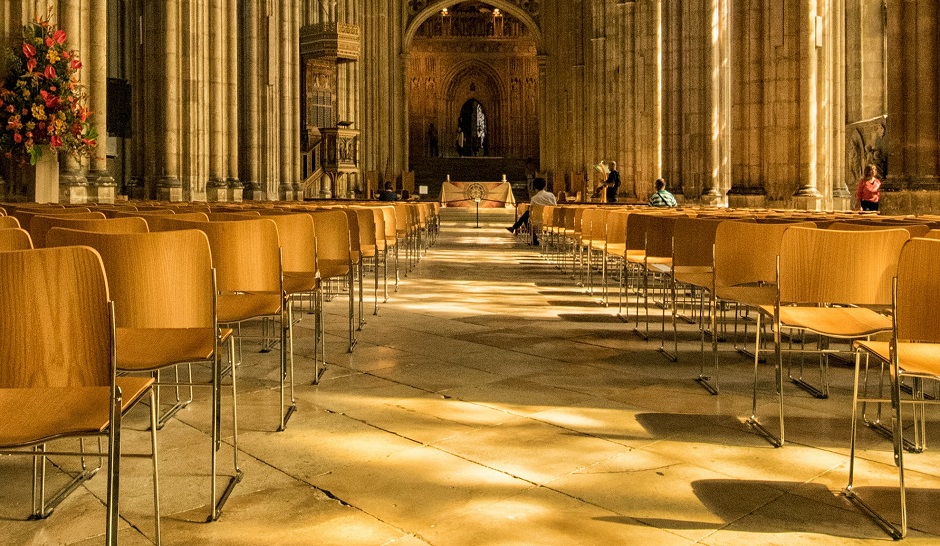 An image of the the Anglican Canterbury Cathedral. / Photo: JJ Jordan

The latest British Independent Inquiry into Child Sexual Abuse's (IICSA) report recently published, has focused its investigation on the Church of England and the Church of Wales. It is based on the inquiry's public hearings held in July 2019.

“In 2018, 449 concerns were reported to the Church about recent child sexual abuse, of which more than half related to church officers. Latterly, a significant amount of offending involved the downloading or possession of indecent images of children”, it adds.

According to the IICSA, “the Church of England failed to protect some children and young people from sexual predators within their midst [...] in neglecting the well-being of children it was in direct conflict with its own underlying moral purpose; to provide care and love for the innocent and the vulnerable”.

“Safeguarding personnel were at times ignored and their advice overlooked, in favour of protecting the reputation of clergy and the Church”, it underlines.

The report also denounces “Church of England’s failure to take the abuse seriously, creating a culture where abusers were able to hide. Alleged perpetrators were given more support than victims, who often faced barriers to reporting they simply couldn’t overcome”.

“There have been improvements, but there is still more to be done”

Furthermore, “the Church has failed to respond consistently to victims and survivors of child sexual abuse with sympathy and compassion, accompanied by practical and appropriate support. This has often added to the trauma”.

“The Church of England has struggled to develop a model for effective safeguarding within its organisational structure. There is a lack of challenge in decision-making”, points out the report, which also found examples of clergymen being ordained despite a history of child sexual offences.

Despite these accusations, the IICSA also recognises that “since the publication of the Archbishop’s Visitation to the Diocese of Chichester in 2013 much has improved, in terms of governance, training, audit, personnel, policies and procedures”.

“However, there is still more to be done. Senior leaders have demonstrated a determination to make necessary changes to keep children safe but, to be effective, this determination needs to be translated into action throughout the Church of England”, it warns.

Regarding the Church in Wales, “there were simply not enough safeguarding officers to carry out the volume of work required of them. Record-keeping was found to be almost non-existent and of little use in trying to understand past safeguarding issues”, the report says.

Additionally, “there has been very little systematic provision for victims and survivors of child sexual abuse. There has been no systematic access to counselling, therapy and other forms of help”.

Recommendations to protect and support victims

The report presents eight recommendations for the Church of England an Wales, which “should publish their response to these recommendations, including the timetable involved, within six months of the publication of this report”.

Among those recommendations, the IICSA asks both Churches to “introduce a Church-wide policy on the funding and provision of support to victims and survivors of child sexual abuse concerning clergy”, and “share information about clergy who move between the two institutions”.

Furthermore, the Church of England “should improve how it responds to safeguarding complaints, whether related to allegations of abuse, or a failure to comply with or respond to the Church’s safeguarding policies”.

Meanwhile, “the Church in Wales should introduce record-keeping policies relating to safeguarding, complaints and whistleblowing, and independent external auditing of its safeguarding policies and procedures”.

“If real and lasting changes are to be made, it’s vital that the Church improves the way it responds to allegations from victims and survivors, and provides proper support for those victims over time”, Inquiry chairwoman, Alexis Jay, said.

The Church of England published an open letter ahead of the publication of the IICSA report, stating that they “are truly sorry for the shameful way the church has acted and we state our commitment to listen, to learn and to act in response to the report's findings”.

“We cannot and will not make excuses and can again offer our sincere and heartfelt apologies to those who have been abused, and to their families, friends and colleagues”, Archbishops of Canterbury and York, Justin Welby and Stephen Cottrell, stressed.

Furthermore, Jonathan Gibbs, the Church's lead safeguarding bishop, and Melissa Caslake, the Church's national director of safeguarding, issued a joint statement , “wholeheartedly regretting that in some areas, most importantly support for victims and survivors, progress has been too slow”.

“While apologies will never take away the effects of abuse on victims and survivors, we today want to express our shame about the events that have made those apologies necessary”, they conclude.

Published in: Evangelical Focus - europe - Church of England “created a culture where sex abusers were able to hide”