“Tim Farron should be judged on his policies, not because he is an evangelical Christian” 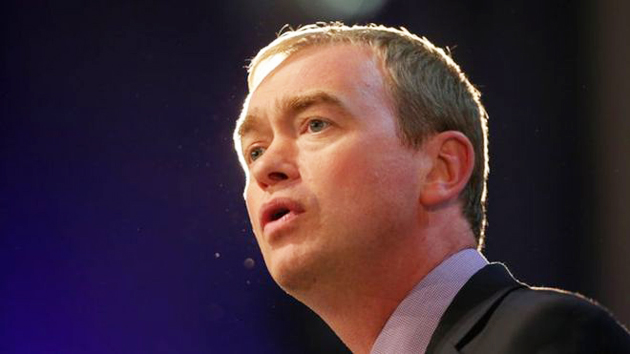 How should churches respond when the media mock a Christian politician because of his faith? David Robertson, Moderator of the Free Church of Scotland and Director of Solas CPC was interviewed in British tv channel BBC2, and defended the right of Tim Farron and other public leaders to have spiritual beliefs, against the opinion of secularist journalists.

We have transcribed the 8-minute long interview.

You can also read an opinion on the same issue by member of the UK Bible Society David Smith, here.

[WATCH VIDEO OF THE INTERVIEW BELOW ]

Sarah Smith (BBC2): David Robertson, let me ask you first. When we often ask politicians about their beliefs, as well as about their policies... What’s wrong with asking Tim Farron about his Christianity?

David Robertson: Well, I have no objection to ask someone about their Christianity, I think what disturbed me about that particular interview, about both interviews actually, was that it does seem to be that it is just Christians that are asked. John Humphrys, in particular, was incredible mocking.

I want to know why people are asking, and it seems to me that it’s based on a presupposition that if you are religious, and you pray, then you are dangerous, some kind of religious nutcase.

It’s intriguing that those interviews have been replayed over and over on humanistic and atheist websites. So I think, ‘why are you asking?’ I would say to any journalist. And the second think I would say is ‘why just Christians?’

Would you ask Muslim MP´s if they believe that Mohammed flew on a winged horse from Mecca to Jerusalem? Would you ask atheists: are human beings just a blow of carbon, floating from one meaningless existence to another? Would you ask Nick Clegg or Boris Johnson their opinions about adultery? I don’t think so, I have never heard that being done. Why just Christians? Why this mocking tone?

Sarah Smith: The reason why Tim Farron is asked more about this is because he has made more of his beliefs. He is an evangelical Christian who has talked about it quite a lot. The other people you mention there have not made it a feature of their politics, they haven’t put it in the front or centre of their belief system.

David Robertson: For any Christian, their Christianity is the front and centre of their belief system. Tim Farron has not stood up and said: ‘vote for me because I am a Christian’. What Tim Farron has done, he happens to be a Christian, and he has been asked about it many times. It’s the media who are highlighting the religious aspect. The Times, The Guardian, the BBC, have mentioned this continuously.

Now, why? It is not because he has mentioned it continuously, he has been asked and he has responded honestly.

I remember when I was at Edinburgh University. I also was involved in politics, and I was, at one point, considered favourite to become Senior President, until I was asked by the editor of the student newspaper: ‘when did God ask you to stand?’ I never mentioned Christianity, or my Christian beliefs in the course of the whole context, but I knew even then, in the early 90s: I was finished.

The reasons these questions are asked, is not to discuss theology, or to get information, it’s primarily asked as a form of accusation, and that’s my objection, in fact... 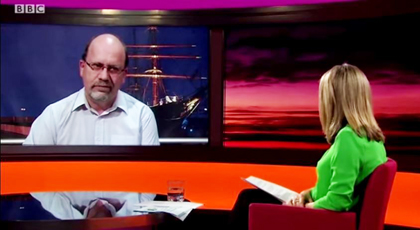 Sarah Smith: Let me ask Pennie Taylor about this. Is Christianity being mocked here?

Penny Taylor: Personally, I do not think so at all. It is very interesting to me why there is such defensiveness. I would have expected that if you have a strong religious belief of whatever type, that you are able to respond if you are asked questions about it. And I think it is terrible important that journalists ask politicians pretty much any question that they think is germane to the politics and how they might, for instance, lead a party, such as the Liberal Democrats. And the word “liberal” itself is quite germane in this discussion, I think.

Sarah Smith: Part of what David Robertson is saying is that the reason why he [Tim Farron] is been asked these questions is because there is a degree of disbelief amongst journalists and certain cynicism about somebody who professes Christian beliefs.

Penny Taylor: No, I would suggest the reason he has been asked some of the questions he has been asked over the interviews is because, for instance, he abstained in a vote about same-sex marriage. And there have been other issues around abortion law, and to be asked the question directly: ‘do you think homosexual sex is a sin?’ and for him to refuse to answer that question, is telling to most of us.

Sarah Smith: David Robertson, when your beliefs actually start dictating the policies that you party might have, and the way you vote in Parliament, surely then it is legitimate for journalists to ask you about them.

David Robertson: Well, I could ask our journalist in the studio: ‘what are your beliefs?’ Because that determinates the kind of questions that you ask.

Sarah Smith: She is not a legislator, she does not make laws in this country.

David Robertson: You are very underestimating the power of the media.

David Robertson: Exactly, and that makes me question how will you report things and so on, because we are all influenced by our beliefs.

David Robertson: Oh, impartially. Yes, of course, because it is Atheism that is impartial, and religious people are going to be the ones who are not impartial.

You actually mentioned liberalism. It is fundamentally illiberal. I am sure you are aware of something that existed in previous centuries called the Test Act, whereby MP´s were tested about their devotion to Anglicanism.

This is the Test Act in reverse. There are certain civil issues, according to our liberal elites and our atheist journalists, which people say: ‘oh, you can’t be fit, you cannot possibly be liberal if you voted against same-sex marriage’. Ironically, ten years ago, fifteen years ago, hardly anyone said they were for that.

Penny Taylor: When we are talking in a context, in a world where fundamental religion is also causing all sort of issues. Where we have an American President justifying a war on Iraq, describing it as a crusade.

Then it is actually extremely important, and very, very serious, that we think long and hard about the values that our politicians express, and the reasons they use for taking the actions that they do.

And I defend absolutely the right of every journalist to hold a politician into account on those issues.

David Robertson: Can I respond to that? Because I wish journalists would think long and hard. Because that was just a typical mocking, superior tone. George Bush has nothing to do with this.

Tim Farron is a liberal leader and he should be judged on his policies, not because he is perceived as an evangelical Christian. Which, to be honest, most journalists - and especially atheists ones – don’t have a clue what that means. And I do wish that people would think long and hard.

SEE VIDEO OF THE INTERVIEW ON BBC2:

Published in: Evangelical Focus - europe - “Tim Farron should be judged on his policies, not because he is an evangelical Christian”