In spite of the care and good intention, there is a lack of a theological and educated perspective of child treatment in many churches. 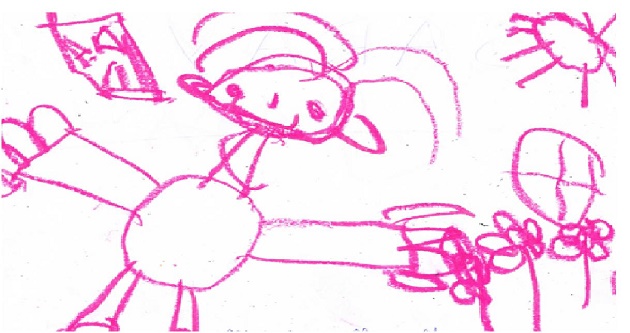 Some phrases to ponder:

“God expects me to fulfill his commands and if I don’t do that, He will send me to hell” (17 year-old teenager raised in an evangelical Christian family).

“The God of the Bible ordered those who didn’t obey him to be killed” (15-year-old teenager raised in an evangelical Christian home).

“At my church’s camps for children, the monitors would stick our heads in the toilet and flush it to punish us or to joke. The pastor would be the first one to do it.” (A young adult raised in an evangelical Christian family)

“Who believes himself to be God and tells people what they need to do, and if they don’t do those things, He’ll send you to hell?” (18-year-old raised in a Christian evangelical family).

“Every day in Sunday School they gave us an invitation to convert to Christianity. We didn’t understand because they kept asking us to convert, week after week. I converted about 7 or 8 times, but I was confused, and afterwards they still kept asking me to do it. I felt like they didn’t trust in my childlike faith, that my decision was worthless to the adults.” (Young woman raised in an evangelical Christian family.

“The truth is that I don’t need God for anything in my life.” (18-year-old raised in an evangelical Christian family)

“The percentage of teenagers that leave the church in the U.S. is around 50%.” (G. Barna Research)

The previous testimonies speak to us in a very clear way about something that hasn’t worked well in Christian contexts, whether that be in the church or in the home. Those testimonies express experiences or thoughts that should make us think about what it is that has made those adolescents and young adults feel or act that way.

With respect to the concepts of childhood and abuse, two brief quotes:

“A child is defined as any human being that is under 18 years of age.” UN Convention on the Rights of the Child (1989), Article 1

“Child abuse consists of anything that individuals, institutions, or processes do or allow to happen that directly or indirectly affects children or hurts their prospects of a safe and sound development towards adult age.” Report from the National British Investigative Commission on the Prevention of Child Abuse and Child Neglect (1996)

Jesus also spoke of the need to protect them (Mt. 18: 6-14). Because of this alone, we as his followers should feel called to this command and committed against all forms of prejudice, abuse (physical, mental, sexual, and/or spiritual), neglect, negligence, mistreatment, or exploitation towards any human being, but especially towards children.

Those types of experiences can have devastating consequences on the rest of children’s lives, since they happen during a developmental age.

I believe it useful and necessary to contextualize the topic of childhood abuse in general before dealing its spiritual aspect.

Childhood abuse is a term that is generally used to refer to situations where the child suffers harm at the hands of an adult. This can include actions or “lack of action” (negligence or abandonment).

We can look to four main categories of abuse or mistreatment: sexual, physical, emotional, and spiritual.

Refers to the sexual handling of a child. Includes rape, incest, and all types of sexual activity that involves children, including pornography.

- To force or to tempt a child to participate in or watch sexual activities, regardless of whether or not he or she understands what is happening.

- It can involve physical contact or activities without contact, such as encouraging them to look at pornographic material or to develop inappropriate sexual behaviors.

Physical abuse is the attack or physical injury inflicted on a child, or the lack of prevention of a child’s suffering.

- Hitting, shaking, pushing, poisoning, burning, choking, drowning or any other method of causing physical harm to a child.

- Not attending to or not preventing situations that could harm the wellbeing or health of a child: negligence in nutrition, hygiene, rest, health, safety…

Emotional abuse refers to the adverse effect on a child’s emotional or temperamental development as a result of a harsh treatment, rejection, or emotional ill-being.

- Making a child, either verbally or through the way in which he or she is treated, devalue his or herself, making a child feel unloved, inadequate, or only valued only to the measure that he or she benefits another person (manipulation).

- Imposing inadequate developmental expectations, ones too advanced for a child’s age.

- Making a child feel frightened or in danger, using fear as a mean of control.

Child abuse generally implies an act of strength from someone with more power than the child. This can also be the case in spiritual abuse.

In our desire to see a child convert to Christianity and transform his or her faith, we can use our position as leaders to force this to happen, thus turning the child into a victim by abusing his or her freedom. Jesus always gave his listeners freedom to respond to his message in their own way.

On the other hand, and in the same way adults can be abused through religious control so that they do what others want them to do, in the Christian realm there exists more of a risk that this happens to children. This is because if children are in the hands of manipulating people, it will be more difficult for them to realize it for themselves or to develop defense mechanisms. This paragraph should alert us to the need for special supervision of the people that have influence over or teach children in our churches.

- Causing sensations of fear or rejection as a result of not responding positively to the Gospel.

- The use of our position to make the child feel like he or she should say or do something in order to be accepted by Christians or by God.

- Ingraining a sense of guilt or disappointment if they don’t collaborate satisfactorily with our spiritual program.

- Involving the child in teaching activities or Christian experiences that are too emotionally charged or advanced for his/her age. The same applies to the contrary, by ignoring or rejecting the healthy emotional dimension of the spiritual experience (intellectualization of faith).

- In general, the deprivation of any of the necessary aspects for the wide and balanced development of childhood spirituality, including the need to discover and experiment.

- Not respecting the child’s liberty to live or express his/her faith by not considering his/her questions and need for rational explanations. (This is required in Articles 12-14 of the Convention on the Rights of the Child of the United Nations).

- Impeding the minor from directly drawing near to Jesus, growing, or expressing and experimenting his/her faith in a broad, original, and creative manner, just as God, in His creational design, has permitted one to do.

3. SOME OBSERVATIONS ON WHAT COULD HAPPEN IN OUR CHURCHES

In spite of the care and good intentions that one can have for children in the name of the Lord, in general:

1. There usually isn’t an awareness of the possibility of child abuse, spiritually speaking or any other type of abuse. Therefore, there usually aren’t policies or preventative measures of action. There is often ignorance of the official protocols.

2. A lack of a theological and educated perspective of child treatment. Anachronistic or decontextualized traditions and models are used instead of a commitment towards child discipleship and healthy relationships.

3. The spiritual dimension is unconnected to the other dimensions (physical, emotional, familiar, social), and as a consequence, one’s spiritual livelihood is reduced to one’s practice or participation in the religious activities of the local church, without real, experiential spiritual growth of the child in the other areas of his/her life (family, school, free time…).

4. Parents tend to delegate their children’s spiritual formation to the church, because the parents typically don’t know how to teach it to their children themselves. The parents are never motivated, trained, or supervised to do so. The church often settles and collaborates with parents, using the traditional models.

5. For practical reasons, children do not usually form a part of the congregation, which often marginalizes them or causes them to be ignored in the development of the normal life of the church. This creates parallel structures for the children. This lack of integration opens the door to several deficits in the children’s ecclesial experiences that usually go unnoticed by parents and ecclesial leaders, until the children become adolescents.

What are the red lines that should not be crossed?

Jesus said: “Whatever you do for one of the least of these, you do for me”…

- Their dignity as a full human being, without age being a discriminating factor.

- The respect of their freedom to make decisions and of their childhood developmental process, which is distinct from that of an adult.

- The use of coercion, control (very different from providing them healthy educational limits), violence, rejection and fear.

- Considering children as unbelievers or second-class Christians, with less rights or possibilities to participate than adults have.

Some possible plans of solution:

1. Accepting that child abuse in all of its forms exists in the church and that we must prevent and combat it (between 15-20% of children suffer some type of abuse). Not hiding or ignoring the cases that have come out or that are coming out (remember the high price that the Catholic Church is paying for this).  Promoting a culture of good conduct. Knowing the social politics on the topic and actively collaborating with them, as another expression of our obedience to Christ.

2. Training ourselves about this topic and establishing prevention policies and treatments in churches and Christian children’s organizations.

3. Restoring the importance of spiritual attention to families, by training parents and coordinating children’s ministries in the church with families.

4. Having a service for pastoral attention and discipleship for every child believer, planned with the parents.

I have tried to implement a brief approximation, one that is superficial and not nearly precise enough, of this delicate and painful topic.

It is my prayer and desire that this serves as a humble contribution so that God’s people in Spain have a better awareness of this.

This topic is another “elephant in the room” that often no one dares to mention.

God forbid that fear or neglect should begin to prevent children who need our help from getting it, in the name of the same one who said: “whatever you do for one of the least of these, you do for me.”

Javier Martín is the director of Grain of Wheat, member of the Subcommittee for Children of the Spanish Evangelical Alliance, and coordinator of the reflection group for the Lausanne Movement for Children in Spain.