‘Sexting’ on the rise among children

Around half of all teachers knew of children, including primary-school pupils as young as seven, using social media to send sexist and bullying messages.

Pupils as young as seven practice 'sexting', the survey concludes.

More than half of teachers are aware of incidents of children 'sexting' at their school, including primary-school pupils as young as seven, according to a study by one teaching union.

The report of teaching union NASUWT found that 63 per cent of teachers were aware of 14-year-olds 'sexting', while 45 per cent said they knew of 13-year-olds sharing material of a sexual nature.

Around half of all teachers said they knew of students using social media to send sexist and bullying messages to other students and a similar number were aware of racist messages.

“MANY SEE IT AS PART OF EVERYDAY LIFE”

The majority of incidents involved pupils aged 13 to 16, the report said. In one typical incident, a girl pretended to fancy a boy and persuaded him to take a picture of his genitals, which she then shared with others.

In another, a pupil, aged 13 or 14, took explicit selfies of herself for a boy at another school. But classmates got hold of the photo and shared it, thereby distributing child sexual images.

A spokesman for the National Society for the Prevention of Cruelty to Children (NSPCC) said it was worrying that so many children were sharing explicit images. “Many young people see this activity as part of everyday life, despite the severe risks involved.

“If a child has lost control of a sexual image, they can get in touch with ChildLine who will work with the Internet Watch Foundation (IWF) to get the image removed, the NSPCC explained.

The charity is calling for sexting to be included in age-appropriate sex and relationships education, which the charity says “should be on every curriculum as [schools] are at the frontline of child protection.” 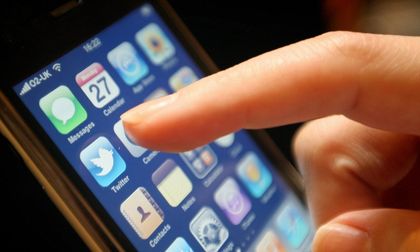 Union leaders are particularly worried about increasing online abuse of teachers by parents. More than half reported receiving online abuse from parents, up from 40% the previous year.

The Department for Education stressed that teachers “have a right to feel safe” at work. “The law is also crystal clear that where teachers find indecent images of children they must report this to the police.”

Chris Keates, general secretary of NASUWT, confirmed that, during the three years the NASUWT has been running this survey, “the situation has deteriorate.”

“Online abuse has a devastating impact on teachers’ and pupils’ lives and yet no serious action is taken by government to ensure that schools are responding appropriately to this abuse”, he stated.

He also regretted that “there are still too many cases where no appropriate action is taken when abuse is reported to headteachers, the police or the social networks themselves."

Published in: Evangelical Focus - family - ‘Sexting’ on the rise among children