Thousands will march in Chile against gender ideology

This year the march for Jesus will focus on defending life and family. 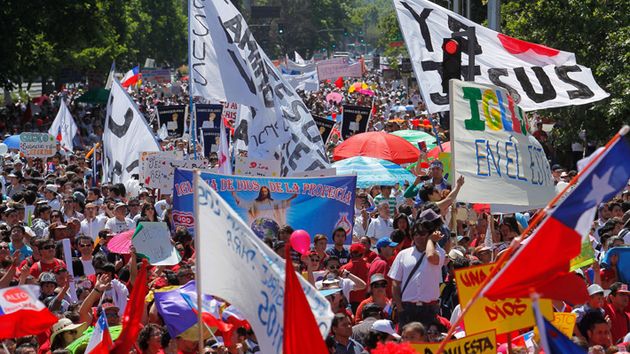 Thousands of Chilean Christians have been taking to the streets to participate in the March for Jesus in the last 24 years.

Thousands of Chilean Christians have been taking to the streets to participate in the March for Jesus in the last 24 years.

The number of paticipants have grown over the years, which shows that many believers follow and promote the teachings of Jesus, as well as the biblical values.

Chilean citizens have asked for years to include "social" issues in the call to the march, but that has never been possible.

This year, for the first time, due to the big change in the Chilean political scene, the organizers have decided to exalt Jesus and defend the truth, life and family during the march.

The change has received positive reactions in traditional and social media among Christians, who elieve that participating in a march that represents them and openly declares that they do not accept ideological impositions, was something that many have needed and asked for some time.

According to its organizers, the March for Jesus is an example of the unity of the body of Christ in Chile, which aims to exalt the name of the Lord Jesus in the country, highlight the presence of the Chilean evangelical church, and unite the church in pursuit of a common goal.

It is expected that a minimum of 500,000 people, in more than 25 cities will participate in the march, scheduled for October 27.

In the capital, Santiago, the participants will leave from four central points of the city and will meet in the so-called Plaza de la Ciudadanía.

Published in: Evangelical Focus - family - Thousands will march in Chile against gender ideology