600 adults and children gathered in Madrid for the Protestant Congress on the Ministry with Infancy and Family. An intergenerational programme addressed the challenges in society, the model of Jesus Christ, and the role of families and local churches. 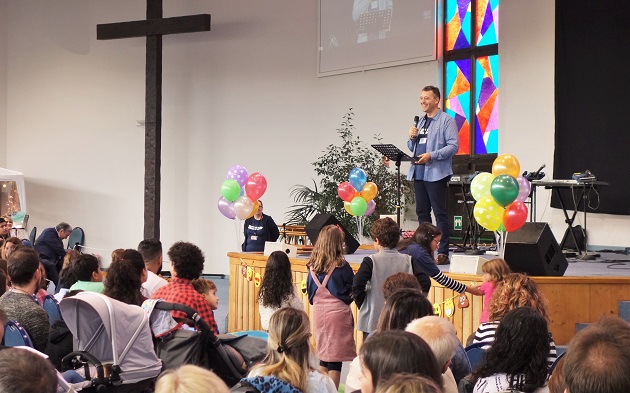 Javier Martín, coordinator of the Min19 congress, in one of the joint penary sessions. / J. Forster

Churches should not only work for the children but alongside them, because children are part of God’s mission. This was one of the ideas heard at ‘Min19’, the first Protestant Congress on the Ministry with Infancy and Family, held in Madrid on November 1-2.

More than 600 adults and children from almost every region of Spain gathered in the premises of Bethel Church, one of the largest in the country. Representatives from churches of other seven countries attended as observers. They all took part of two intense days of joint celebrations, TED talks, round tables, music, workshops, creative corners, etc.

A clear focus on intergenerational inclusion was seen in the short duration of the presentations, the worship times led by adults and children together, and the many spaces designed to facilitate the participation of minors of all ages (among them, a prayer tent).

The congress was co-organised by the Infancy Work Group of the Spanish Evangelical Alliance (AEE) and the Lausanne Movement in Spain, but had the support of more than 30 other groups which shared a vision of “renewing the vision and the commitment” of the church in the area of childhood.

Marcos Zapata, President of the AEE, said the “interdisciplinary focus, the voice of children, the commitment with the family as a strong foundation, and the work in local networks” were some characteristics that made the congress a starting point for “a new perspective and a clarified mission”.

Around 50 people (educators, authors, families, leaders of NGOs, church leaders...) shared throughout the congress in one of the three thematic blocks of the programme.

The first block was “Risks and challenges for the ministry with the infancy in Spain today”. Issues such as: how the church can work to help achieve the Sustainable Development Goals in relation to childhood, how to fight against sexual abuse, how to collaborate with other social actors in the area of policy, how to care about children with additional needs, and how to include children of social minorities, were addressed. 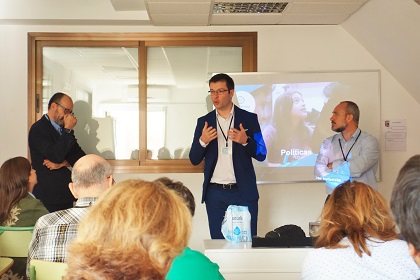 “Jesus and the children” was the second big block. The importance Christ gave to children throughout his ministry was underlined, as well as the need for churches to understand the role they play in the Kingdom of God. Intergenerational churches, children and mission, new perspectives on pedagogy, the role of publishing houses, were addressed.

The third group of contents had to do with “The family and the ministry of children”. Participants heard about the role of families in Scripture, and how healthy families are able to respond to challenges such as social exclusion, new addictions and mental health issues. The upbringing of children, adoption and fostering, gender identity and ideologies, and the reality of ‘third culture kids’, were included in this part of the programme. 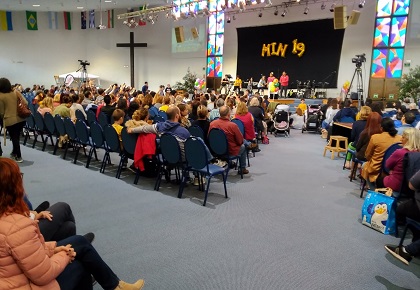 ‘MINFLUENCER PARLIAMENT’ AND OTHER CREATIVE INITIATIVES

The ‘minfluencer parliament’ was one of the new approaches of the congress, a space for 10-14 year olds to have an open conversation about the issues that affect them most. Their conclusions were presented to the whole congress several times during the gathering.

The whole afternoon of the second day was spent to think about how to translate the vision to day to day reality of families and evangelical churches across Spain.

Javier Martín, coordinator of the congress, emphasised the importance of “keeping the fire alive” because “the most important thing is what changes after tomorrow”. He encouraged to start a new phase of work in networks, in which churches in every city and region support each other in the ministry with children and families. The aim, he said, is to work with the horizon of 2023, when a new congress is expected to happen.

Time in small groups was spent so that every delegate could join other people in his city. Delegates met each other, exchanged personal information and planned the first steps of collaboration after the congress.

“AGREEMENT FOR THE INFANCY”

As ‘Min19’ came to close, an “Agreement for the Infancy” was read, which was later published online. The document lays out, in its 11 points, commitments with “the integral development of the child: spiritual, moral and ethical”, with the return of children to the “centrality of our communities” and with the “fight against violence and abuse”.

In addition, a good practices guide was offered for all churches to use.

A delegation of experts from outside Spain actively shared the advances made in Latin America in the area of church and childhood, and offered ways of collaborating with Spanish churches. 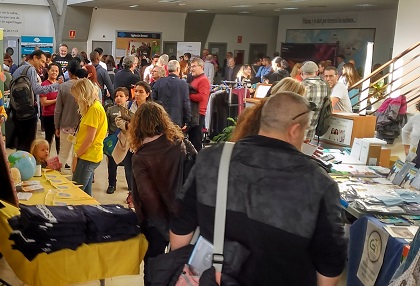 Read more about the ‘Min19’ congress on its website (Spanish).

Published in: Evangelical Focus - family - Evangelical congress on childhood starts a “movement of renewal and commitment” in Spanish churches