It is clear that, to be able to grow, human beings need to be interdependent- be it within the family, the couple, friendships, work or hobby. 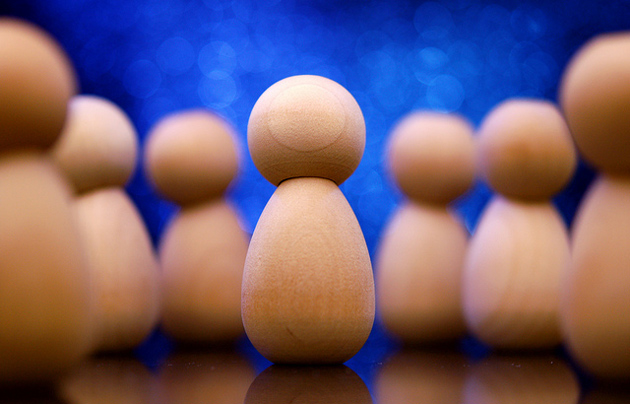 Do we live under unmovable principles as we face the storms of life? How can we develop our true potential in our social circles, our work and our family? To answer this question, we need to differentiate between an ethic of the personality and an ethic of the character.

The ethic of the personality works from the outside in the aspects of the exterior individual: the public image, the skills and the social techniques to interact with other people. One of its main goals is to develop a positive mental attitude.

The ethic of the character works from the outside in. It cultivates integrity, humility, faithfulness, effort, patience and ‘the golden rule’, amongst others, as foundations for success.

Is it surprising that, since the second half of the twentieth century, the main interest has been focused on writing about the ethic of the personality? However, there are problems which cannot be solved by dressing smartly or speaking eloquently using memorised positive talk. On the contrary, these problems can only be solved from the inside, from our deepest inner being, discovering what principles drive us in each decision we make and each act we carry out.

The question is: do we live under the right unmovable principles to face the storms of life? If we are not, perhaps we are limiting ourselves to be what others want us to be. In this case, it is not surprising that I always blame others for my mistakes.

I understand that our errors can be big and that a small mistake can spoil a lot of good. We couldn’t have predicted our decision to be so misguided. Sometimes, the woollen ball is so big, we cannot unravel the thread.

However, despite the effort and the pain (the pain of truth, that truth that says you could have made a wiser choice but you didn’t) it is better to finally work from the inside out, take the start of the thread and untangle the knots- find the beginning and the end, so that we can realize how twisted we have been. Then we will be able to work from where we are because we have seen, step by step, each knot, each part of the thread that makes us and that has been knitted, many times, by clumsy hands.

Stephen R. Covey describes interdependence as the foundation on which we can become who we really want to be. He also talks about dependence and independence.

The worst choice we could ever make would be to depend on third persons because we will only be happy when the others believe we can be happy. This will never happen in the majority of cases.

Independence is better than dependence because, through it, I have learnt not to depend on others: I do not depend on someone else, I am a non-dependent. However, this can be exhausting, as it forces us to take control of absolutely everything. This is illustrated in the saying ‘it is better to learn how to fish than to just eat the fish you caught’. The biggest problem posed by independence is that it favours individualism.

As Augusto Cury says in his book Brilliant parents, 'fascinating teachers', we must be careful with individualism because it transforms the beautiful reality of unique individuals into the repugnant idea of the centrality of the person around whom everything revolves: ME.

The philosopher Martin Buber speaks of the importance of a relationship in which there is a ‘me’ and a ‘you’. Buber fought against the encoding of the human being. He tried to establish a constant dialogue with the other, with the aim to reach beyond the superficial. Because the superficial gives us labels and makes us into objects. As Buber suggests, whenever we search for the other, not superficially but through an honest dialogue, we are sowing for eternity, we are living effectively.

Along these lines, Covey believes that the best option for human beings is interdependence, that is, the work between independents.

For example, I know that I am a sock because of the characteristics of my thread and, frankly, I don’t like it. I would rather be in a more prominent place and use my skills more widely. You, however, are a flannel. Interdependence says that you on your own cannot stop being a sock or a flannel, but you and I together, working together, can become a hat and put ourselves at the top of the body, on the head. We haven’t lost our function to protect and warm, we haven’t stopped being what we really are in essence, but we have achieved something better by working together. We lose our exterior shape, but we preserve our essence, we continue to be a thread that can become something bigger when it combines with another thread, something which would have been impossible on its own.

It is clear that the human being needs interdependence to grow, be it as a couple, as a family, at work or at play.

The same thing happens in our spiritual life. Does God want us to be a lone ranger? No. Can He do everything without our help? God limits Himself when he counts on us. He waits until we allow Him to cooperate, because Love is not a personal formula divisible by one- true Love always multiplies by two.