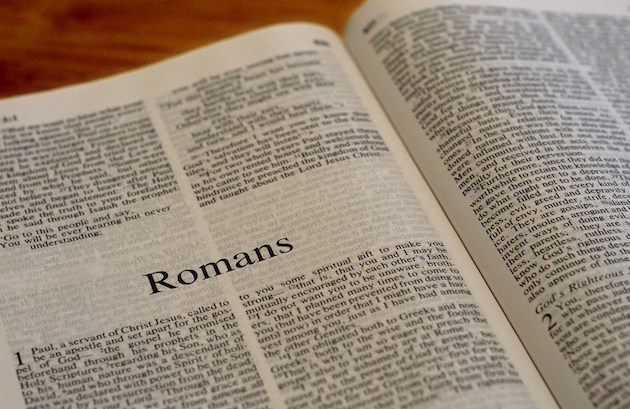 All three were serious charges,2 but here I would like to discuss one which perhaps seems strangest to our modern ears: atheism. This was perhaps the oldest charge laid against the Christians, with hints of it being found in the New Testament itself (ex., Acts 19:23ff.) and clear attestation found in the early second century at Polycarp’s martyrdom.3

I would like to address two questions in this essay:

1) Why was this charge made against Christians?

2) Why was it such a serious accusation?

Why were Christians called atheists?

For modern readers (and for early Christians as well!), the charge of atheism sounds ridiculous. After all, if any group today is known for their belief in God, surely Christians are at the top of the list. However, to the Greco-Roman mind, this was not so.

Citizens of the Roman empire practiced what could be called civic polytheism, meaning that the civil government sponsored the worship of many gods through the arts, feasts, sacrifices, plays, and so on.

But in the first century AD, a group of people came along and said that they did not want to sacrifice to the officially recognized gods, stopped attending the theatre, and showed no respect for ancient customs.

Additionally, this group didn’t represent its god in art, write plays in his honor, nor have the backing of the civil government. To top it all off, their god was relatively new on the scene, and had its origin in Judaism, which historically had a bad reputation within the Greco-Roman world.

So, if we look at the situation empathetically from the perspective of the average Greco-Roman citizen, we can see how the charge of “atheism” could have been applied to early Christians.

What they meant by the term, however, was that this group didn’t believe in the traditionally accepted, and government endorsed, Greco-Roman gods, nor in any other god that they may have respected outside of their culture.

Why was atheism such a serious charge?

To answer this question, we have to go back a few hundred years before Christianity, to fifth-century Athens. Socrates was in his prime, and he was teaching something dangerous: that the gods do not exist.

This had been taught before, beginning with Thales of Miletus in the seventh century and followed by other so-called “natural philosophers”, but their teaching did not have the same social impact that Socrates’ teaching had.

According to philosophers such as Socrates, the gods were thought to be necessary for the common people in order to ensure social stability.4 Things such as oath-taking, contracts, and defense of the city were only possible if people believed in the gods: they can see what we do in private, and we must defend them in battle.

However, as Socrates’ opponent Aristophanes pointed out, to erase the gods is to erase this moral check on society, thereby inviting chaos into the city.5

Socrates was tried (and found guilty) on two accounts: atheism and corrupting the minds of the youth with his teaching (that is, atheism).

Interestingly, we know from Plato’s writings that, while Socrates did not believe in the Grecian gods that were known at Athens, he did believe in some kind of ultimate divine reality. That is, Socrates was not very far removed from what we call “monotheism” today.

Socrates’ story was a very well-known one throughout the Greco-Roman world and continued to be well-known during the first few centuries of the Christian era. Thus, to accuse Christians of atheism was a very serious charge which struck fear into the Roman empire’s rulers, at both local and empire-wide levels.

The Roman empire wanted nothing more than order and stability, and few things could be more threatening than social upheaval based in the neglect of the gods.

To not worship the gods was to do away with the fundamental building blocks of society, and thus Christians were seen as ushering in total social anarchy.

Christianity contributed more to stability in the Roman empire than any other religion, philosophical teaching, or mystery cult. Ironically, were the Greco-Roman gods to be imitated, the empire would have torn itself apart quicker than it actually did.6

All of the typical threats that can lead to the ruin of an empire from within or without: debt, familial instability, laziness, lust for power and war, etc. were absolutely renounced by Christians, and in their place they set the one thing that could not only preserve an empire, but see to its growth and flourishing: loving God and others.

Today, although we are not charged with being atheists, the basic thrust of the accusation remains: we are charged with remaining on the fringes of society, and with disrupting the established order.

Thus, we have an important lesson to learn from our Christian forefathers: we will have to find ways to demonstrate that, while we may not bow down before the same gods as they do, we are no threat to society, and on the contrary, contribute to its stability and flourishing.

1 Athenagoras, A Plea for the Christians, 3.

2 Regarding the other two charges, they were seen as charges of inhumanity: according to writers such as Herodotus, only those who lived outside of the civilized world practiced cannibalism and incest. As will be shown, taken together these three charges were three ways of saying the same thing: Christians wanted to undo the established civilized order.

4 Some of this is found in Plato’s Republic, but cf. also his Apology.

5 Cf. Clouds, in which he lampoons Socrates, and shows how, if Socrates’ ideas are accepted, debtors won’t pay their debts, and children will disrespect their parents.

6 This was a common critique of Greco-Roman religion, both by Greco-Roman philosophers such as Socrates and by Christian apologists such as Augustine; cf. The City of God.