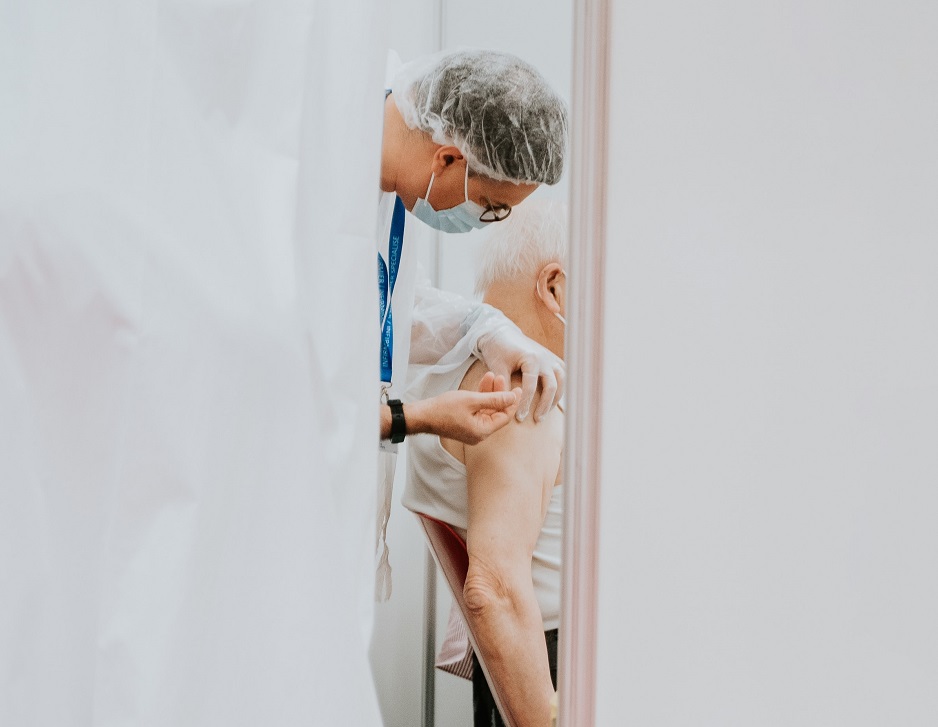 1. Is there any scientific possibility that the Pfizer and Moderna vaccines will change human DNA?

No. Both these vaccines employ molecules called messenger RNA that have been synthesised in laboratories. After immunisation the molecules are designed to enter into cells within the body where they give the molecular instructions for those cells to produce the coronavirus spike protein. This is then released into the bloodstream causing the body’s natural immune mechanisms to generate antibodies and immune cells against the spike protein. As a result the individual becomes immune to the coronavirus. The messenger RNA molecules themselves only survive in the body for a matter of hours following immunisation and they are then destroyed by normal cellular mechanisms.

There is no scientific or biological possibility that the messenger RNA molecules in the new vaccines are capable of changing human DNA. Information flows one way, from DNA (in the cell nucleus), via mRNA, to ribosomes in the main cell cytoplasm where proteins are produced. So when new vaccine mRNA enters cells, it goes straight to the ribosomes to be transcribed into proteins, and never goes near the cell nucleus or the DNA.

There is a completely different class of virus, called retroviruses, which do carry the ability to alter human DNA, and analysis of the human genetic code suggests that a significant part of our DNA originated in ancient retroviruses.

2. Is it true that the new covid vaccines have not undergone normal safety testing procedures?

No. The new covid vaccines have undergone the same extensive independent testing and scrutiny that all new medications must undergo in developed countries. All the candidate vaccines have been tested in carefully designed large Phase 3 ‘double blind’ studies which investigate the safety and efficacy of the vaccine compared with a harmless placebo. The results of the studies have been analysed by large numbers of independent experts and much of the data have been made publically available to scientists around the world. At the time in December 2020 that the Pfizer and Moderna vaccines were approved tens of thousands of people had received both vaccines without any serious side effects.

It is true that the vaccine development, testing and approval process has occurred much faster than normal, but this is because there have been extraordinary levels of focussed international scientific effort, massive funding and unprecedented cooperation between experts. Since mass immunisation campaigns started in December 2020 hundreds of thousands of people have already received the vaccine and detailed analysis of possible side effects is continuing. Although no biologically effective medication can ever be regarded as completely safe, the available data indicate that the Pfizer and Moderna vaccines have excellent safety records, and they are in fact far safer than many medications such as aspirin and ibuprofen which are in common use.

3. Is there hidden collusion between Western governments and big pharmaceutical companies to hide adverse effects of the vaccines?

This concern has been amplified by the recent news that the UK Government granted the pharmaceutical company Pfizer a legal indemnity protecting it from legal action as a result of any problems with the vaccine. NHS staff providing the vaccine, as well as manufacturers of the drug, are also protected. It is important to understand that the assessment of safety and efficacy of all new medications is undertaken by a large number of independent and highly experienced academic scientists who are independent of both government control and payment by pharmaceutical companies. All the scientists involved are aware that their integrity and international reputations depend totally on being seen to be honest, truthful and unbiased. If it subsequently became apparent that there had been some dishonesty or deception their careers and reputations would be destroyed. From my personal experience of running a randomised clinical trial that was supervised under the same UK and US regulation I am confident that the information that has been made publically available on safety of the vaccines is as honest and accurate as possible.

The motivation for providing indemnity to the pharmaceutical companies is that literally billions of doses are intended to be given over the next few months. If extremely rare but serious side effects emerge, the potential litigation costs would rapidly bankrupt the companies despite their immense capitalisation. In order to protect their shareholders’ interests the companies would have a duty to halt all vaccination around the world (possibly for months or years) as soon as the first serious side effect was announced. In order to prevent this possibility the UK Government has taken on legal responsibility. So legal protections remain for participants but it is the government (i.e. taxpayers) who will have to pay. In fact according to the Vaccine Damages Payments Act there will be a one-off payment of £120,000 to any person which is permanently disabled or harmed as a result of the vaccine. Similar arrangements have been made for previous vaccines such as the pertussis (whooping cough) vaccine.

4. Is it true that the new Covid vaccines contain tissues from an aborted fetus?

No. The Pfizer and Moderna vaccines employ messenger RNA molecules which have been synthesised artificially in laboratories. However as part of the vaccine development process the vaccines were tested using a so-called ‘immortal’ cell-line called HEK-293. This cell line consists of continually multiplying cells which have been multiplying for more than 40 years. The original cells were said to have been obtained from a fetus (unborn baby) who underwent a legal abortion for other reasons in the Netherlands in 1973. No further abortions were performed as part of the vaccine development process and the vaccines do not contain any fetal tissue.

The use of the HEK-293 cell-line does raise the question of whether the vaccine might be regarded as ‘morally tainted’. This is a complex question which I have discussed in an article called ‘Coronavirus vaccines and Christian Ethics’. The Novavax vaccine which is currently undergoing Phase 3 trials did not use HEK-293 cells or other ethically questionable cell-lines in its development. It is currently not available for routine clinical use.

5. Is it true that the risks of coronavirus infection have been massively exaggerated for political or other devious reasons?

No. There is a consensus amongst epidemiologists, virologists and infectious disease experts around the world that the current Covid-19 pandemic is the most dangerous global health emergency since the Spanish influenza in 1918/19. There is already clear evidence that 2020 has seen hundreds of thousands of excess deaths that would not have occurred without the pandemic. In addition to the tragic deaths, there is growing evidence of very significant long-lasting complications in some survivors including strokes, heart problems, chronic lung conditions and even long-lasting cognitive impairment. It now seems likely that many thousands if not millions of people will be living with the medical complications of coronavirus infection for years to come.

6. Is it true that the coronavirus vaccines use covert surveillance techniques created by Bill Gates?

No. None of the vaccines approved by regulatory authorities use covert surveillance techniques. Like many conspiracy theories, this one has its origin in a genuine news item. In December 2019 a group of US researchers who were funded by the Bill and Melinda Gates Foundation published a research paper about a technology that was capable of placing a vaccination record on a patient’s skin using a smart-ink that could then be read by a smartphone. The research was not related to the coronavirus pandemic and the technology has not been further developed or implemented as yet.

7. Is it true that Western democratic governments are planning to make coronavirus vaccination compulsory?

No. At the time of writing no Western democratic governments have revealed plans to make vaccination compulsory. There are very strong legal and historic protections for individual liberty and conscience in most of these countries, and only totalitarian governments are likely to enforce vaccination. However it is likely that there will be public campaigns to persuade as many people as possible to receive vaccination in order to raise the levels of immunity within the population as a whole.

8. Is it true that coronavirus vaccination may lead to infertility?

There is no strong scientific evidence to support this possibility. The existing clinical trials excluded pregnant women but this is standard practice in all clinical trials, to avoid the remote possibility that a new medication might cause unanticipated damage to an unborn baby. The current UK advice is that people who are pregnant, breastfeeding, or who may get pregnant within three months of their first dose should not receive the vaccine, but this is out of concern for possible risks to the baby, not because of a risk of infertility.

It has been suggested that there is a small overlap in the amino acid sequences of the coronavirus spike protein and an important placental protein called syncytin-1. Hence if the body creates antibodies against the spike protein they might inadvertently attack the placental protein. This is a theoretical possibility that remains entirely speculative and most experts in the area think it is extremely unlikely. If the mechanism turns out to be true then it is theoretically possible that infection with the natural coronavirus might inadvertently lead to later infertility. However there is absolutely no evidence to support this at present.

9. Is it true that the virus mutates so rapidly that vaccines will become rapidly ineffective?

It is well known that the influenza virus mutates continuously and hence a new influenza vaccine has to be developed every year. There is growing evidence that new mutations of the Covid-19 virus are arising across the world. Experts hope that the current vaccines will remain active for longer than one year. However because of the use of new vaccine technologies it is relatively easy for manufacturers to adapt existing vaccines as new mutations become widespread. It is likely that, at least for the next few years, there will be a continuing race between the appearance of new mutations and the adaptation of vaccines to combat them.

10. Is it true that hydroxychloroquine is an effective and safe oral treatment for Covid-19?

Sadly, there is no evidence to support this. In March 2020, the preliminary results of a small study of hydroxychloroquine in 36 hospitalised patients in France were published online. There appeared to be some benefit from the treatment but this was an open-label and non-randomised study, which therefore did not meet the agreed standards for demonstrating safety and efficacy. Following the publication of these results, at a very early stage of the pandemic, it is understandable that many clinicians, faced with desperately sick and dying patients, tried treating them with hydroxychloroquine since it was unlikely to do any harm.

The use of the drug was promoted and encouraged by the then US President, Donald Trump. Since then a number of carefully designed randomised trials have been undertaken on hydroxychloroquine, involving thousands of subjects in many countries. These trials have investigated its use both as a preventative agent and as a treatment for the virus. None of these carefully designed and carried out studies have demonstrated any significant beneficial effect of hydroxychloroquine.

This article was first published on John Wyatt's official website, and last updated on 4 February 2021. Re-published with permission.