An ancient culture at the edge of destruction

Artsakh has approached the Peace and Reconciliation Network of the WEA that will lead to extensive trainings in trauma therapy both on the territory of Artsakh as well as in Armenia. 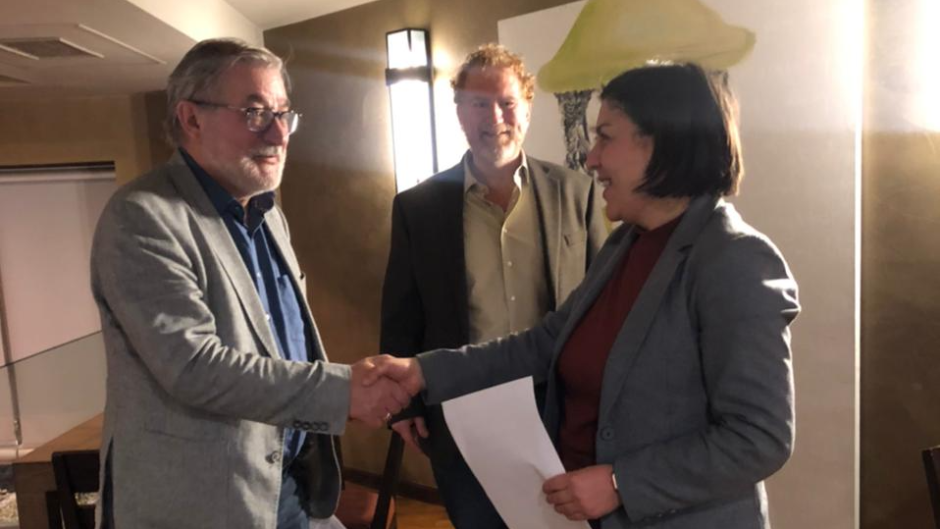 The MOU signing ceremony in the historic Hotel in Yereva. / Johannes Reimer,.

The Soviet Union was a Federation of 15 Republics. The territorial shape of those republics seldom reflected the real historic ethnic borders.

The central administration in Moscow often added territories to a given republic by cutting them of from the neighbors, regardless of whether the people living there felt any ethnic belonging to the main ethnic people group or not.

Among other places Artsakh or commonly known as Nagorno Karabagh, the historically Armenian territory on the border between Armenia and Azerbaijan was put under the administrative authority of Azerbaijan in 1921 and renamed to Nagorno-Karabagh Autonomous Area. [1] Some blame Stalin personally for the decision. [2]

The conflicts raised as soon as the Soviet Union dissolved in 1991, and the republics declared their independence. In 1992 an independent Republic of Artsakh was created with much support of Armenia, which claimes Artsakh as their historic territory.

The conflict resulted in the war in 1992-1994, which the Republic of Artsakh won, but the territorial gains ware not recognized by the international community.

In September 2020, Azerbaijan together with Turkish military support attacked Artsakh and occupied two-thirds of Artsakh. Only by an intervention of the Russian Army a complete surrender of Artsakh could be avoided.

But the war left deep wounds, massive destruction of cities and villages and a deeply traumatized population as well as 30,000 refuges behind. 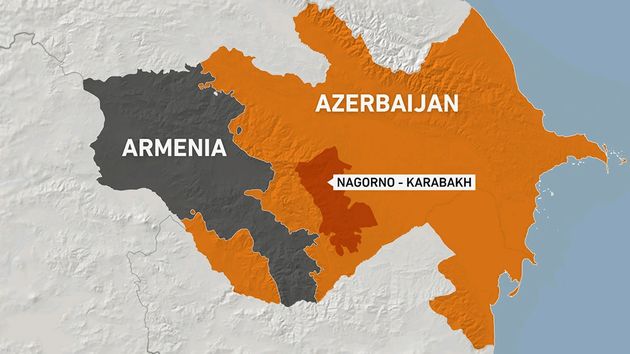 Come and help us

The government of Artsakh has approached the Peace and Reconciliation Network (PRN) of the WEA in 2021 with a request to organize trainings in trauma therapy. They have been hearing of a similar program PRN runs in the Ukraine.

After months of negotiations both sides agreed to start the trainings in the summer of 2022.

On February 1, 2022 the minister of Culture and Education of the Republic of Artsakh Dr. Lusine Karaxanian and the Global Director of PRN Dr. Johannes Reimer as well as the director of the Yerevan Peace Center of PRN Craig Simonian signed an MOU and started a cooperation which will lead to extensive trainings in trauma therapy both on the territory of Artsakh as well as in Armenia.

The proposed program will include academic training of practicing psychologists and councilors in schools, hospitals and general community as well as specialized training of socially engaged people such as teachers, medical personal, pastors and other.

The training will be offered by Russian speaking trainers from Russia, Ukraine, Belarus and Moldova. They have been trained by PRN personal from Western countries and offer now support to the fellow people in countries of the former Soviet Union.

Financial support is, however, needed and will be raised in Europe and North America.

Johannes Reimer, professor of Mission Studies and Intercultural Theology at the Ewersbach University of Applied Arts (Germany), and director of the department of Public Enagegement of the World Evangelical Alliance (WEA).

Published in: Evangelical Focus - Features - An ancient culture at the edge of destruction