Chronicle of a humanitarian transport to Ukraine

After more than five hours of driving, we reach our destination in Rivne: a warehouse that has been rented by a network of Protestant churches. Three dozen young people are waiting for us to unload the aid. 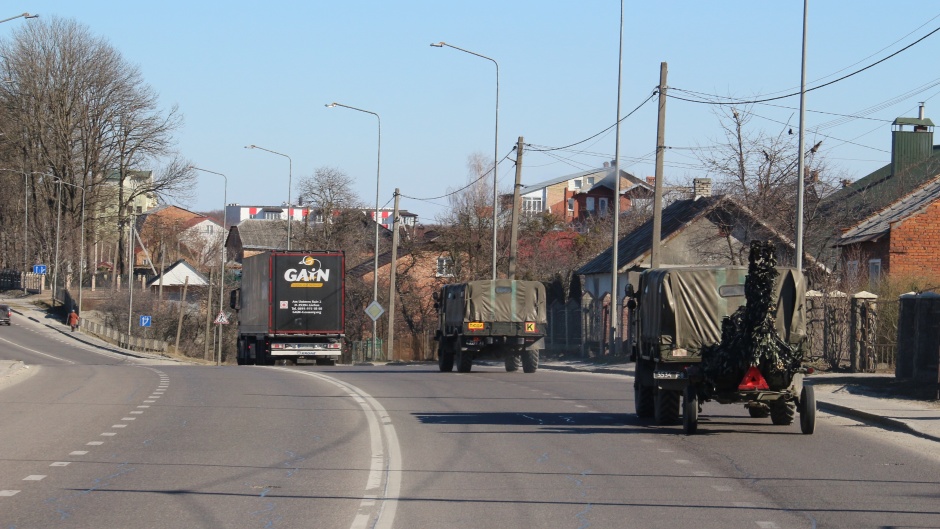 It’s six in the morning. We spent the night in a convent in Przemyśl (Poland), fourteen kilometers from the border.

We headed to the giant Tesco supermarket which, thanks to the recent closure of all its branches in Poland, now serve as reception halls for refugees across the country. We have two trucks parked there, one of them with a double trailer, loaded with gasoline for more than 1,000 kilometers and full of pallets with new mattresses, food and hygiene products. 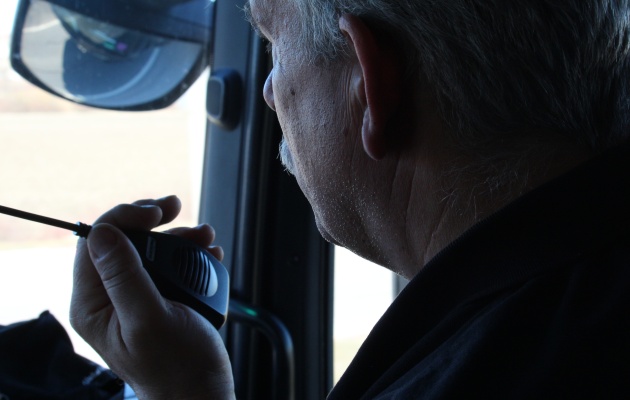 Last night was the first in which Russia attacked Western positions. Specifically, at the Lutsk and Ivano-Frankivsk airfields. At the border itself, while we wait for our passports, we join a group of carriers. I talked to two of them. They are from Ivano-Frankivsk and are going to stay. They carry water. Eyes stopped, frozen, as if moving the iris inside, searching through thoughts for answers to a war they don’t understand.

Artem, 19-year-old, has arrived with his grandparents. He lived in Kyiv where he was starting his studies at the Kyiv Polytechnic Institute

We are in Ukraine. After passing the queue of buses and refugees entering on foot, the streets become empty and inhospitable. Later we will find more traffic, more life, but here in the villages of Shehyni and Volytsya there seems to be no one left. Also, the road is terribly potholed. Although that is not the reason for the bumps, it is the feeling of entering a country at war from minute one.

A few kilometers after Lviv we see a serious traffic accident that must have happened just a few seconds ago. If I had been in the truck in front I would not have missed it. It is not the only crashed car that we will see. It will be the nerves, or the rush, or the crossfire to which their minds are subjecting themselves. 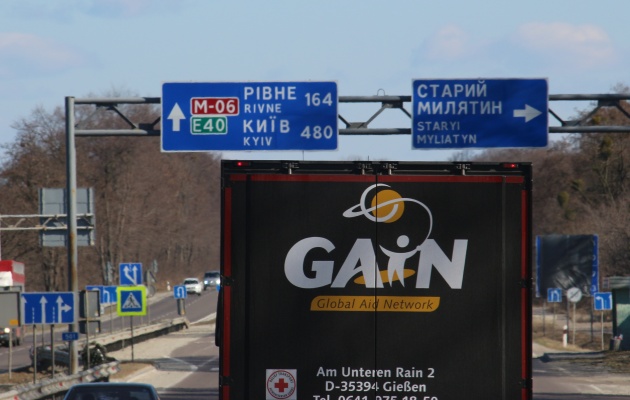 The checkpoints are not as many as I expected and in all of them they let us pass without asking when we see the humanitarian aid icon on our windshield, although by mistake it says “Ralief” instead of “Relief”, which, in reality, gives it a touch more local and folksy. To the right and left, all road exits are barricaded. Although the number of cars heading to Poland is clearly higher, there are also vehicles heading to Kyiv. Perhaps the so-called twenty-four-hour ceasefire declared by Russia from eight in the morning has an influence.

It’s after five in the afternoon. After more than five hours of driving, we reach our destination in Rivne: a warehouse that has been rented by a network of Protestant churches to bring aid to the places most affected by the war and still accessible. There, three dozen young people are waiting for us to unload the aid. 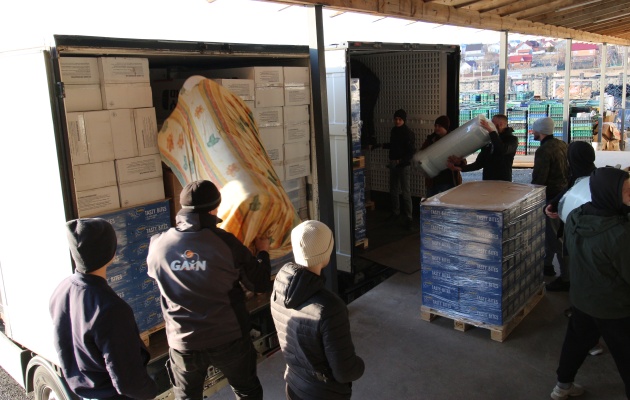 Among the young people I find oddities like Andrei, 37, a Ukrainian emigrant who has come with his wife and small children from the US to help his compatriots. “I prayed to God and inside I felt that I wanted to help, I didn’t want to stay in the United States watching what was happening”, he tells me.

Then they take us to the church that has been converted into a makeshift shelter for individuals and families passing through Poland. As we eat dinner, one of the officers looks at me with wide eyes and utters the words, “It’s like living in a nightmare”. After dinner, while the rest do paperwork and paperwork, I meet Artem, a 19-year-old who has arrived with his grandparents. He lived with them in Kyiv because he was starting his studies at the Kyiv Polytechnic Institute. His parents and little sister live in Kherson and right now it is impossible for them to flee. 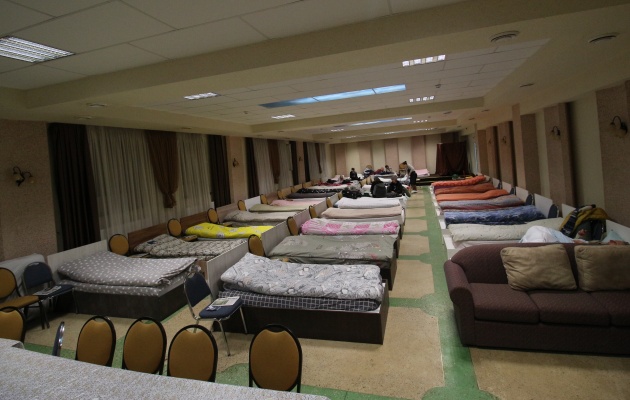 We are late. It’s after seven and curfew starts at ten. We shot out. At every turn I think the trailer will roll over and drag us down. We crossed more checkpoints. In one of them they catch me taking a photo. They make me go down. I erase the photos in front of them and they happily send me off. Viktor, the driver, already grumpy, gets angry. Then he won’t stop calling me “Paparazzi”.

At one of the last checkpoints, a soldier notices the Ukrainian colours and the “Ralief Support” on our windshield. He bids us farewell with his hand on his heart and bows in sincere gratitude.

The child cries of frustration. He cries helplessly for not understanding what is happening

We finally reached the border. It’s eleven at night. Cars, vans and buses pile up. Volunteers from World Central Kitchen go from vehicle to vehicle announcing that we can come by to pick up food while we wait. I accept the offer, but before I find the place, a colleague from the truck in front brings me bread and sausages. A few moments ago we had joked on the radio about ordering some pizzas at the border, anticipating that we were going to take a long time to leave. We are not wrong. We will end up watching the sunrise from the border.

After three in the morning, I approach the services between the Polish and Ukrainian customs. A group of refugees has gotten off one of the buses. I see mostly women and children. The last of all, a few steps away from his mother, a boy about eight years old is crying.

I immediately see in his expression that this boy is not crying because he complained or because his sister stole his toy or tablet. Nor does he cry because his mother has punished him. There are tears and tears. This child cries in fear. Cries of frustration. He cries helplessly for not knowing or understanding what is happening. He cries of pure rage because he has had to live what no child should live.

Published in: Evangelical Focus - Features - Chronicle of a humanitarian transport to Ukraine