This could be one of the greatest discoveries of biblical archaeology in modern times. 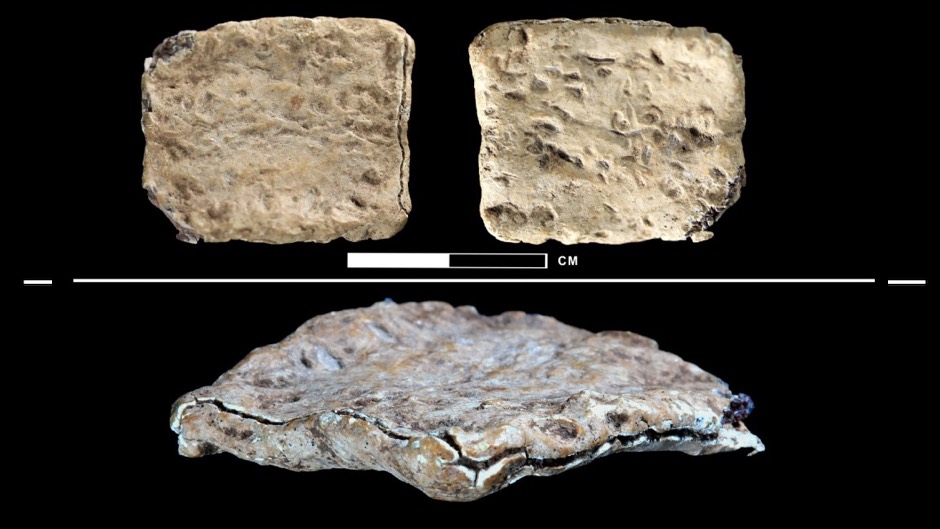 On 24 March 2022, Dr Scott Stripling and an international team revealed at a press conference in Houston (United States), what could be one of the greatest discoveries of biblical archaeology in modern times.

It is an amulet with an inscription in proto-alphabetic Hebrew that includes the name of God, YHWH. If correctly dated, it would be the earliest mention of YHWH in Hebrew ever found in Israel.

The amulet was discovered during the Mt. Ebal Dump Salvage project (MEDS), conducted by Associates for Biblical Research (ABR) under the direction of Dr Scott Stripling and carried out in the winter of 2019-2020.

The Mount Ebal area was excavated by Adam Zertal in the 1980s. Zertal excavated a rectangular altar dating to the 13th century BC but also discovered an earlier round altar at its geometric centre. The dating of the round altar must be earlier than the 13th century BC and could therefore coincide with the time of Joshua. This would be perfectly consistent with the biblical text which reads:

“At that time Joshua built an altar to the Lord, the God of Israel, on Mount Ebal” Joshua 8:30 (ESV) 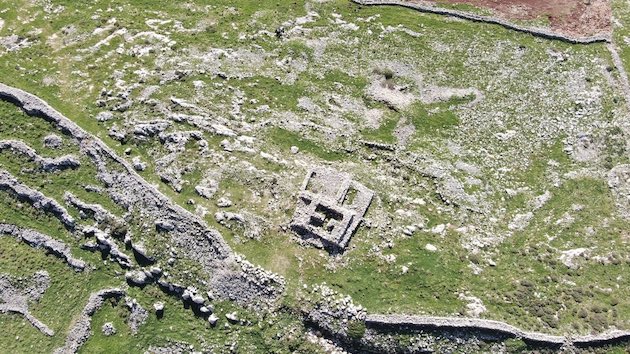 Aerial view of the remains of the altar on Mount Ebal. / Photo: Shomrim Al Hanetzach

According to Deuteronomy 27, Mount Ebal was the place of curses. Moses instructed the Israelites to go to Mount Ebal and Mount Gerizim after crossing the Jordan. There he performed a ceremony to renew the covenant with God.

From Mount Gerizim they would pronounce God’s blessings that they would receive if they obeyed Him. From Mount Ebal they would declare the curses that would occur if they disobeyed God. It was like a legal contract between the Israelites and God, in which they accepted him as their supreme leader.

The MEDS project consisted of reviewing the discarded and dumped material from Adam Zertal's excavations. Dr Stripling's team re-sieved the soil dry, and in a second phase they screened the material again using a wet-sieving technique developed in the Temple Mount Screening Project. The Zertal team had done a good job, but without the wet-sieving technique, it is impossible to detect some of the artefacts.

Thanks to the MEDS project, a member of the ABR team was able to identify the amulet in his sieving tray.

The amulet measures 2x2 cm and is made of lead. It is a flat, quadrangular object. A line on three of the four edges reveals that it was folded in half.

The inscribed object is what is academically referred to as a defixio, a curse tablet, and contains an exquisite and well-crafted curse.

Convinced that the defixio would contain some kind of text inside, the tablet was sent to a laboratory in Prague (Czech Republic) capable of taking a series of high-resolution images through the lead, without the need to manipulate the tablet itself.

Pieter Gert van der Veen of the Johannes Gutenberg-Universität Mainz (Germany) and Gershon Galil of the University of Haifa (Israel) were able to decipher the contents of the text inside the tablet.

40 letters were identified inside the amulet and all were written in proto-alphabetic script dating to the Late Bronze Age (1400-1200 BC). Epigraphic analysis dates the inscription to around the 12th century BC, while some elements date it even earlier.

The text was written by Israelites as a legal document, a form of social contract, warning of the consequences of non-compliance.

According to researchers, the text reads:

You shall die cursed.

You shall surely die cursed.

What a lot of cursing! But if you read Deuteronomy 27-28, what you will find there are curses. In fact, it is as if someone has abbreviated those chapters to the maximum, and written a poem.

The word YHW that appears twice in the poem is a shortened form of God's name in the Bible, YHWH. The fact that God's name was abbreviated in this way is not strange. Psalms 68:4 and Isaiah 12:2, 26:4 and 38:11 are some examples where God's name is abbreviated to just its first two letters, YH. 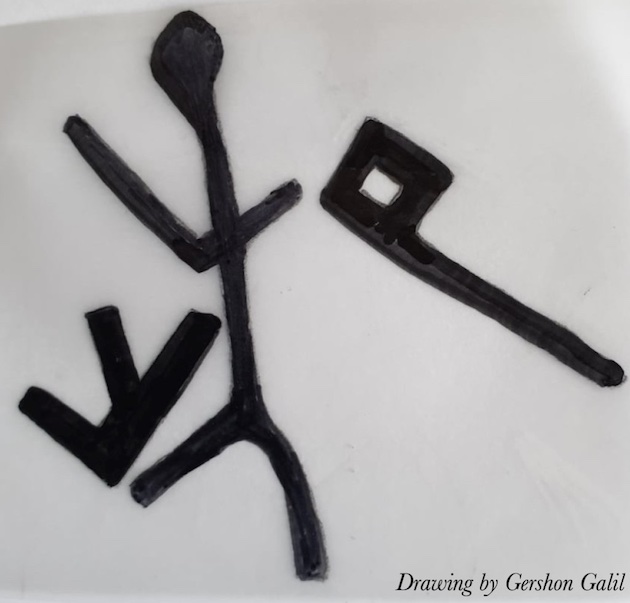 The name of God YHWH on the amulet from Mount Ebal / Photo: Associates for Biblical Research

If the reading and dating of the inscription is correct, this is the oldest mention of YHWH ever found in Israel. Since the Israelites were the only ones who worshipped the God YHWH, this amulet implies that there were Israelites on Mount Ebal during the Late Bronze Age. This matches the biblical account perfectly. However, this is going to be a problem for most of the scholarly world since the most widely held position today regarding the origins of the Israelites is that they did not appear in the land of Israel until some 200 years later.

One of the epigraphers who studied the amulet noted that the quality of the inscription is extraordinary, and that the person who wrote it would have been perfectly capable of writing the entire Pentateuch. Most scholars believe that the Old Testament was written much later, in Persian times, based on the assumption that the early Israelites were illiterate. The amulet shows that they not only knew how to write, but that they were very good at it.

In the coming months the team will publish a peer-reviewed paper presenting all the details.

This is the press conference at which the finding was presented:

Sources for this article

- Article in Times of Israel.

Published in: Evangelical Focus - Features - A curse amulet with the oldest mention of YHWH ever found in Israel