It made quite an impression to have a work by Warhol among the dozens of artworks housed by an evangelical worship space in Rome for a week-long display prior to an auction. 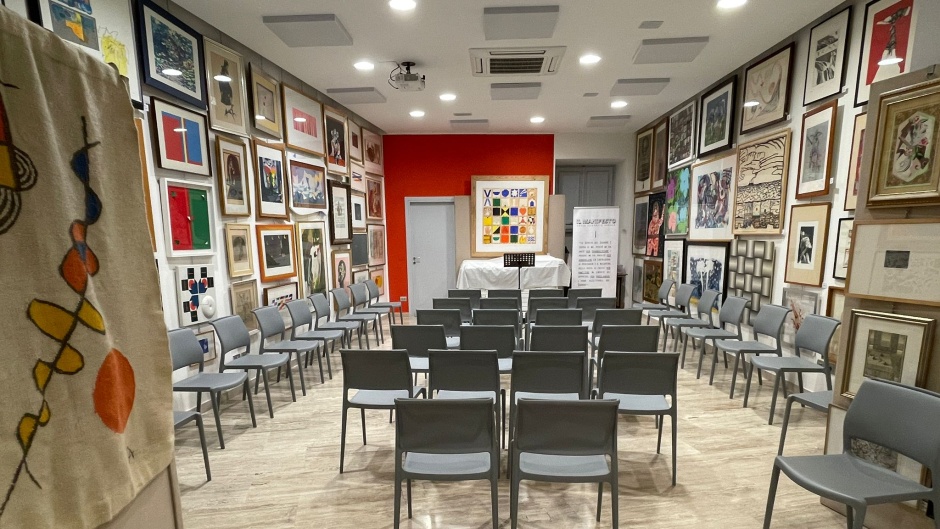 Just last week, the famous Marilyn Monroe (a pop art work by Andy Warhol) was sold at auction for a whopping $195 million. It is difficult to have even a mental account of such figures.

Nonetheless, it made quite an impression to have a (minor) work by Warhol among the dozens of artworks housed by an evangelical worship space in Rome (Chiesa Evangelica Breccia di Roma) for a week-long display prior to an auction. The exhibition was entitled “Grafica Internazionale e Multipli d’Autore” and the church offered its space to host part of it.

In addition to Warhol, the walls of the room were filled with works by Picasso, Mirò, De Chirico, Carrà, Fontana, Christo, Baj,... all well-known contemporary artists. Usually the works of these artists are admired in museums or in dedicated exhibitions or art catalogs. The fact that they were displayed in an evangelical worship hall was unusual and curious.

During the week, hundreds of people came in to see the works live, allowing them also to "notice" that there is such a thing as an "evangelical church" in the heart of Rome and, for some, ask themselves some further questions. 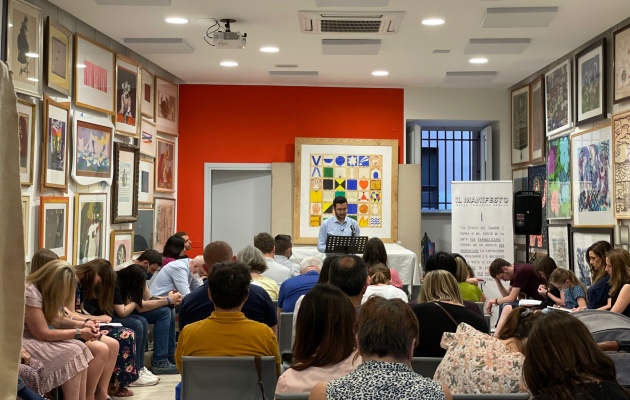 There are three reflections (among others) that this initiative has triggered. Here they are in the form of open questions.

1. How versatile are evangelical places of worship? Since the whole earth belongs to the Lord (Psalm 24:1), evangelical faith does not have a sacred conception of liturgical space. Worship to God by the church can be conducted anywhere (indoor or outdoor places, public or domestic, customary or occasional places), without requiring a consecration of the space that makes it exclusively dedicated to worship. This allows evangelical worship rooms to be multifunctional, thus being able to serve community, cultural and social activities. In our case, the premises have also lent themselves to hosting a professional contemporary art exhibition. Some choices made in the past have been rewarding: not having permanently characterized the walls, the provision of fastening systems that do not require annoying holes in the wall, the ease of removing chairs to have clear spaces, and the sober pleasantness and usability of the rooms. During the week of the exhibition, the church held regular worship and usual meetings, thus not being adversely affected by the presence of the works. Both liturgy and preaching found in the paintings on display many illustrations and applications to the worship celebrated. The premises showed their characterization adaptable to different uses.

2. How broad is the evangelical culture promoted? The hosted exhibition was certainly a unique event in many ways, yet not isolated and exceptional. Over the years, the church has cultivated (with modesty and a sense of limitation) a concern for art that has resulted in various not inconsiderable initiatives. For example: "Bimbi ai fori" (since 2016), a children's art workshop, the art exhibitions "City/Città" (2019) and "Libertà" (2021), public lectures on "The World of Raphael" (2020), IFED's theological culture courses in which last academic year the Reformed approach to the arts suggested by Dutch theologian and statesman Abraham Kuyper was studied. This is to say that the evangelical worldview promoted included the world of the arts, tried to dialogue with it, and grappled with the responsibility of opening spaces for a Christian discourse on the arts. All this was done in provisional and ongoing forms, but intentional because they were born out of the conviction that evangelical faith nurtures a culture capable of embracing all reality, including art. The exhibition of contemporary art, however high-level, was then not an eyesore or an event totally detached from the ordinary life of the church because it has tried to take seriously the responsibility of nurturing the various forms of evangelical culture.

3. How contextualized is evangelical witness? A final question may be a topic for reflection. The area in which the evangelical church premises are located is characterized not only by the proximity of the Imperial Forums (ancient art), but also by museums (Trajan's Market, Capitoline Museums) and contemporary art gallery venues, as well as religious buildings imbued with art. By inserting itself in this context characterized by a high rate of attention to art, the church has been able to develop relationships of contiguity with that world. While the church must distinguish itself from its surroundings as a community confessing the gospel of Jesus Christ, it must not become a ghetto incapable of connecting with the world around it. Balance is not easy to find, yet it is necessary to always ask the question of how different and similar we are to our surroundings. Being only different can push one into forms of spiritual autism that is incapable of communication and dialogue. Being too similar can indicate a conformity to the dominant narrative that risks lacking evangelical bite.

When the exhibition ends, the church's focus on art will not cease. Its space wants to be versatile, the culture promoted wants to be faithful and airy, the proximity experienced wants to be connected to the context to express the demands of the gospel.

Published in: Evangelical Focus - Features - If an evangelical venue hosts a work by Andy Warhol (and others)