The multi-faced war in Eastern Europe

Both Ukrainian and Russian mothers have turned to magic and the occult and bought amulets, protection letters, special icons, to stave off evil forces and protect their sons fighting in the war. 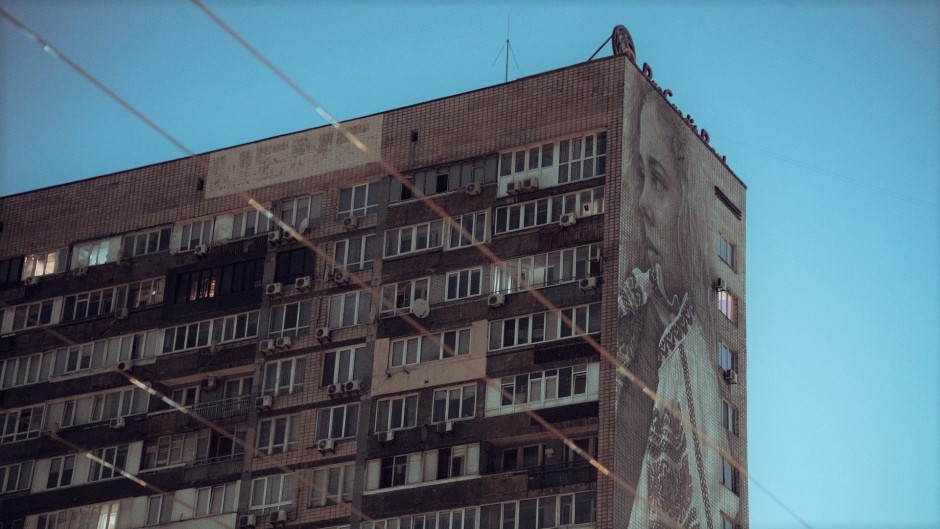 The war in Ukraine has an ugly face. Putin’s army has been committing war crimes on a daily basis. Soldiers mistreat ordinary people, shoot civilians, and rape women and even children.

When people behave in such demonic ways, it is absolutely proper for Christians to ask God to cleanse the land from such demonic powers. However, every human being is still valuable to God.

Russian soldiers, even the worst of them, may be misled, corrupted or even demonized, but ultimately our fight as Christians is not against them; it is against the demonic principalities who control them (Eph. 6:12).

How can we as Christians resist the demons invading Ukraine and many other parts of Europe, including Russia?

After all, like any other war, the war between Russia and Ukraine is also a spiritual battle.

Demonic reality in a context of war

Evangelical missionaries to Eastern Europe reported (and continue to report) many occasions when they were openly confronted by occult powers. This began long before the invasion of Ukraine and is even more present today amid the horrific violence.

The Internet is full of websites of spiritual healers, magicians, witches, practitioners of extra-sensory perception (ESP), astrologists and so on.

All of them offer special protection for life and property, healing from traumatic experiences and injuries, and ways to eliminate the enemy through their training. Their services, of course, cost money.

Refugees from Ukraine have told me about performing secret rituals to protect their property, houses and possessions before they left. “I paid a lot of money to the ‘wise women’ in our town to receive the strongest protection possible. But my place was bombed anyway. The women must have just taken my money”.

“She cheated me”, the person complained. Of course, she did not doubt that the right spiritual incantation would have been successful.

Both Ukrainian and Russian mothers have turned to magic and the occult and bought amulets, protection letters, special icons and other artifacts to stave off evil forces and protect their sons fighting in the war.

Even in Evangelical circles, “spiritual blessing by a devoted man or women of knowledge” is in common use. “The doctors could not help my child. There was no proper medicine. What should I have done? So I went to a babka [a wise old woman], she performed a ritual and my child turned better for a time,” a young Baptist sister reports.

Hundreds of such cases could be cited. Eastern Europeans seem to face a wide-open door to the occult.

Why do I write about this today? Aren’t other issues of life and death much more important and urgent? I do not think so. Demons feel at home where demonic practice has become normal.

The war in Ukraine has a second face, a spiritual one. There is even a war going on in occult circles. Russian shamanists and occultists are carrying out strategies designed to protect President Putin, [1] and Ukrainian witches have tried to kill Putin, as a Kyiv-based witch circle sought to do through an elaborate ritual in late March.[2]

The Russian Orthodox Church quickly picked up on this story, blaming the government in Kyiv for using witches and satanists in their war against the Russian troops.[3]

The Orthodox tendency to employ magic

One reason for the strong presence of the occult in both Russia and the Ukraine is the so-called Orthodox tendency to implement occult practices into their daily life. This Eastern European Orthodox reality is well-established and does not need any special proof. [4]

Orthodox believers obtain for themselves numerous “spiritual protectors” against all kinds of potential danger or to help them gain desired happiness in life.

A visit by so-called “wise women” (or men) allegedly able to release healing and positive powers for life or, conversely, to control powers of destruction is quite standard. Often those witches even appear as Orthodox extra-sensuals. The Orthodox monk Anatoli Berestov calls them “Orthodox witches.” [5]

You can find them in virtually any corner of the two Orthodox lands. The collapse of the Soviet Union and the end of so-called scientific atheism led to a wave of occult activity, at a magnitude never seen in Europe. [6]

And now, in times of war, the dangers have multiplied. The practices of such individuals who claim special connections to the spirit world are booming. The occult is gaining a new momentum.

To the many evils of the war, this misuse of the spirit world adds another very dangerous element—dependence on the occult.

Evangelical Christians, while they pray for the end of war, for protection and support for the millions of refugees, and for a future restoration of Ukraine, must also engage in spiritual warfare against demonic powers, who are conducting their own evil war in both Ukraine and Russia.

It seems that the ugly face of Putin’s war, promoted as a “holy Orthodox war” to free the canonical Orthodox territories from liberal European elements, turns to be heavily influenced by powers over which Putin has no control.

Ukraine needs freedom from both political and spiritual aggressors. Its future lies not only lay in political independence, but also in its citizens’ spiritual freedom.

Evangelical Christians worldwide have been supporting Ukraine and Ukrainians generously in a great variety of ways. This support should include spiritual warfare.

There is a filthy occult ground that needs to be cleansed in order to win the country for God’s special blessing. And Christians are invited to confess their sin and pray that the Lord may cleanse their land. To Solomon, who build the Temple in Jerusalem, God said:

When I shut up the heavens so that there is no rain, or command locusts to devour the land or send a plague among my people, if my people, who are called by my name, will humble themselves and pray and seek my face and turn from their wicked ways, then I will hear from heaven, and I will forgive their sin and will heal their land. (2 Chron. 7:13–14)

Times of plague, despair, war and suffering are also a chance for the people of God to think about their own sin and wrongdoing. They need to humble themselves and confess their wicked ways.

If they do so, God promises to look down on them from heaven and heal their land. In Old Testament times, God did not say this to those who attacked and destroyed Israel.

With those people, he will have his own straight talk. He says this to Israel, a victim of the attack. Confessing wicked ways opens the pathway for heavenly blessing and a healing of the land. What a promise!

A spiritual war is going on in Europe. It is a war against powers who take possession of humans inwardly.

This war is evident in the ugly and brutal aggressors attacking Ukraine—Russian leaders and members of their army—as well as among some of the defenders, the victims of aggression. In a highly occult environment, people invite the occult to assist them, protect them or even destroy the enemy.

But regardless of what the intention of the appeal is, demons are the worst helpers of all. They aim to possess, destroy and control. They are dark and evil by their very nature.

Together, Evangelical Christians must resist those powers to prepare the way for God´s blessing and healing of the land.