Covid-19 and the impact on mission in Europe

A new narrative will be required as missionaries return to the new ‘normal’; narratives that define the shape of God’s mission in Europe. 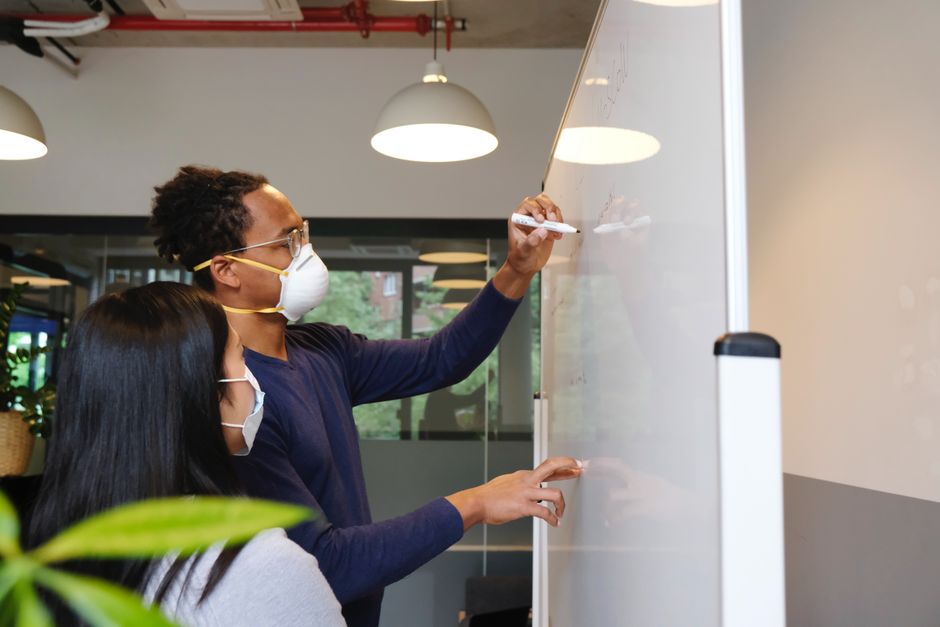 Covid-19 restrictions are posing challenges for missionaries in Europe and across the globe.

They were asked to complete an online survey of ten questions between the 29th April and 3rd May. When the survey closed, a total of 145 responses had been gathered, 56 from ECM and 86 from GEM.

The full 43-page report aimed to collect the views and opinions of people about how the Covid-19 crisis was affecting their ministry.

What follows is a summary of some of the data and narratives that emerge from the responses offered.

The first question was open-ended and explored the factors considered by missionaries when making the decision whether to remain or return.

Approximately 93% have remained in their country of ministry with only eleven missionary families returning to their sending country, most commonly for a family wedding.

Some missionaries were already on home assignment so were unable to return to their country of service following travel restrictions. Commonly, we were told, ’We didn’t even consider returning, this is our home’.

2. Travel restrictions, or their impending threat, lay behind decisions to return home for family reasons, support-raising, or for volunteers on short-term placements

Our second question asked which reasons best explained decisions to return to the sending/home country. Only 22 of the 145 (15%) respondents were in their sending country when we surveyed them.

Of these, around half were on home assignment and thus prevented from returning by travel restrictions.

A further six reported that health concerns had prompted their return to the sending country. Five were facing a slowing of financial support and had returned to boost their support. Most short-termers had returned home.

3. When considering a return to a sending country, a comparison of respective healthcare systems was the most commonly cited factor when deciding whether to remain in country of service

A third question asked which would be the single most important consideration if the respondent were to consider a return to their sending country.

The most frequent response was fear of inadequate healthcare in the country of service, especially where the missionaries have a low resistance to infection or other pre-existing health risk, followed by the sending agency’s recommendations, the need to boost support levels, and impending travel restrictions.

Question 4 explored the reasons for remaining. The most frequently mentioned consideration was the missionary’s feeling that the country of service was their ‘home’ (66%) and that they simply felt it was important to stay (64%).

The quality of the healthcare system in the country of service was ranked almost as highly as the first two (60%). Some also mentioned multiple citizenship (17%) and were not sure where else they might go.

A fifth question had asked missionaries to indicate which had been the most important consideration. Most re-affirmed their sense that their country of service is their ‘home’ and therefore important to stay there.

5. Missionary service in Europe was not considered different to mission service elsewhere, although there are practical benefits to serving in relatively prosperous countries

Question six asked, ‘Do you think there is anything unique about being a missionary in Europe that had a bearing on your decision?’

Most respondents (28%) said there was nothing unique about missionary service in Europe that affected their decisions. Some 23% affirmed their view that calling and vocation came before all else, ‘God’s call is a call to remain’.

Lusting benefits to serving in Europe, missionaries most notably mentioned that these include ‘a good healthcare system’ (28%), along with stable and secure social conditions (14%).

When asked how their mission service had been impacted, 34% highlighted the rapid uptake of online means of engaging in ministry and mission, suggesting a highly adaptive missionary community.

Some reported that ‘it has actually made us more connected’ although one or two disagreed, suggesting that ‘there is only so much you can do online to build community’.

Clearly the extent to which technology is seen to help or hinder is determined by the shape of the ministry, personal circumstance, or individual personality. One or two have clearly struggled with new technologies.

Just under a third (31%) highlighted that restrictions had given rise to ‘creativity’ or ‘new opportunities’. Some described a new sense of solidarity with their neighbours, or that mission had become more local, whilst others talked of new possibilities for outreach.

In contrast, a small but not insignificant number (16%) had seen their ministry close down, especially ministries using short-termers.

- New communication technologies were forcing the missionaries to ‘think outside of the box’. As one respondent put it, ‘It’s helped us to think more creatively in how to minister to people.’  If one word sums up this shift, it is the word ‘Zoom’!

- New opportunities were observed by many. Some felt an increased confidence in the relevance of a Gospel of hope. New connections with neighbours included missionaries ‘shopping for elderly neighbours’ or ‘doing gardening work’ for them.

Mission has become more local, whilst contact at a distance has been maintained by increased use of cards and postcards and, in one instance, the ‘writing of a daily reflection on the Psalms for neighbours and friends.’ However, some observed that fringe church contacts had drifted out of contact.

- New pressures meant that some had a ‘terribly difficult transition’ to embracing new technologies. Some respondents noted ‘Zoom fatigue’ and ‘screen fatigue’ whilst others felt the stress of disconnection, the burden of home-schooling, or the balancing increased ministry expectations alongside extra family demands; ‘windows of tolerance are certainly narrower.’

Some clearly viewed these restrictions lightly, suggesting ‘there are no restrictions, just new ways of serving’. In contrast, one missionary described their experience as akin to ‘living in a police state’.

7. With more frequent prayer, Bible reading, and more free time, missionaries have been able to reflect more deeply on the theology of what they do as missionaries

A final question that invited open reflections on anything else occurring to the missionary, prompted some unique but very rich responses.

Devotional practices Many missionaries said they were ‘praying with a new intensity and frequency’, some had taken up ‘prayer-walking’, whilst other described ‘pressing into God’s Word’ accompanied by a new sense of urgency and purpose.

Theological questions One missionary described having time for ‘real theological and missiological reflection’. The fruit of such reflection seems to have generated questions such as whether this ‘will mean more of us go home and focus on raising up first culture workers?’.

Others marvelled at the fact that ‘it took the closing of the church doors to bring so many more people to church.’ One suggested that ‘the pandemic has forced all churches to cease business as usual…many are thinking about how things can or will change’ once restrictions have been lifted.

Pastoral concerns  A range of responses underlined the experience of one missionary who had come to ‘understand more about the theology of suffering and faith in a time of crisis’.

For some it prompted a degree of heart-searching; ‘The already troubling tendency towards burnout and overwork among missionaries has only become more pronounced.

The proliferation of extra meetings and content creation may be based on a genuine desire to care for others in this difficult time.  Or, perhaps many of us find our worth in what we can tell our supporters that we have done’.

Others added that ‘many missionaries feel unless they’re busy doing things and leading things many things will fall apart’.

Some experienced the restrictions as imprisonment, ‘Had I known that we could not go outside and walk for 7-8 weeks, I might have returned home.’ Some felt pressured ‘to clap for health workers’ and that ‘being told to stay home’, was experienced as ‘a loss of civil liberties’.

Feelings of isolation were also described by some, ‘We are struggling to have appropriate or frequent communication with national teammates and families back home.  We are taking the role of virtual carer, but need care ourselves’.

8. Is the future of mission in Europe a ‘new normal’?

The responses offered here certainly suggest that COVID-19 has stimulated and accelerated innovative and creative practices. Whether these point to a new future is beyond the scope of an information-led article.

Speculation is a prophetic and visionary act, but glimpses of the future are seen in our survey responses, nevertheless.

This factor deserves further investigation. Perhaps the language of ‘benefits’ rather than ‘unique’ is a better explanation of why missionaries remained.

We are human, living in historical circumstances, but God is ultimately sovereign and these times will pass. A gospel of hope for a post-Covid world can only be forged in such times as the present.

This article was first published in the May 2020 edition of Vista magazine.

Published in: Evangelical Focus - Vista Journal - Covid-19 and the impact on mission in Europe