Our food is nothing more than the daily reading of the Bible and the daily contact with God in prayer. 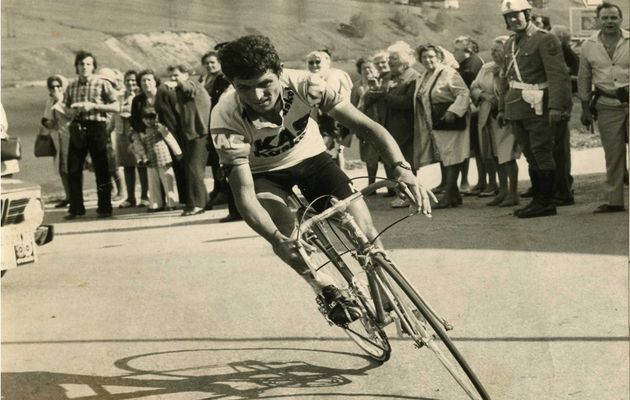 Some years ago, I contemplated the development of one of the most important cycling races of the world: the Giro of Italy.

The leader of one particular race was the famous Spanish rider FUENTE, who wore the "maglia pink" jersey that identified him as the leader at the time.

On one of the last important stages in the development of the race this brave rider was in control of the situation. In one of the mountain passes, his closest rival attacked him, and Fuente lost some ground... but he knew he would not have too much problem, since he was much stronger than his rival.

Some miles later they came to the food supply station, where the runners receive their bags of food to replenish their strength. The leader thought that, at this moment, he did not need food so he declined his provisions.

He felt strong, and now his only obsession was to chase the breakaway rider. Very soon, at the end of a long straight stretch, he was about to draw level with him... but something happened: he could not power his legs; he lacked the strength he needed; he felt tired. He had hit the wall.

The cause of this lack of strength was simply not feeding himself. That stage was unforgettable... the great rider lost first position and arrived more than 20 minutes later because of his fatigue. He thought that he could get there without having eaten, and that was impossible.

We too can hit a spiritual wall; we neglect our spiritual food and fall. Our food is nothing more than the daily reading of the Bible and the daily contact with God in prayer.

When we let it happen, our strength disappears and we are not able to reach the finishing line, or if we get there, we make it in a terrible condition.

Cyclists hit the wall because they think that they have sufficient strength and everything is going to turn out well. In the same way, we forget to read the word of God and think that we are sufficiently strong for everything to go well, and then... it happens, as might be expected: at the smallest problem, we fail.

Later on we ask ourselves, "Why did I fail at that moment? What happened to me? Who's fault was it...?" And we don't realise that it is impossible to have strength if we are not well fed.

There are few things that are as essential for us as our "DAILY feeding": reading the Bible, prayer, adoration, fellowship with other Christians, service...

Don't let a single day pass, a single stage of your life, without nourishment - because you can hit the wall and then you will not have the strength to continue.