Just how well do you know the Wittenberg Reformer, Martin Luther? 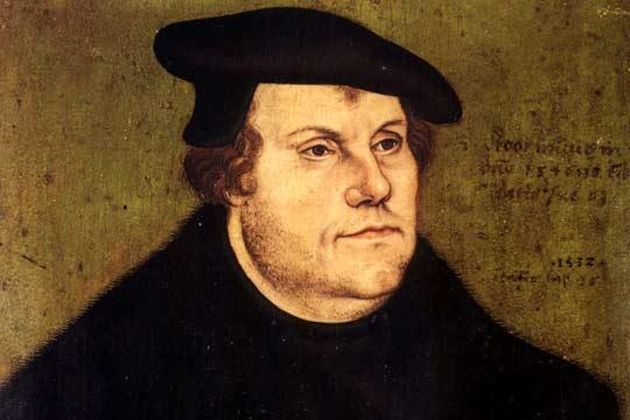 Once more it is time to reflect upon one of the most outstanding preachers of all church history dubbed as “God’s volcano”, Martin Luther (1483-1546).

Today we are going to mention ten facts that you probably didn’t know about the great champion of the Evangelical faith.

Nowadays pretty much everyone knows that Luther was an Augustinian monk. Nevertheless, they don’t normally understand how he ended up in the monastery. Before becoming a theologian, Luther- following the direct orders of his father- was a student of Law.

But upon finding himself caught in the middle of a violent storm in 1505, the young Martin cried out for Saint Anne to have mercy on him. He vowed to become a monk if she helped him escape. And so he did! The prophet of Protestantism fulfilled his promise, leaving Law behind and dedicating himself to the monastery.

2.- Luther didn’t want to upset anyone with his 95 theses

As a general rule we tend to think that Luther nailed his 95 thesis onto the church door at Wittenberg to condemn the Pope and kick off an evangelical revolution à la Marxism. Nothing could be further from the truth! Back in Luther’s day, the act of nailing a list of theses was a run of the mill act that merely served as an invitation to public debate. The church door at Wittenberg functioned as the university notice-board.

Doctrinally speaking, Luther’s 95 theses were entirely conservative and pro-papal. There can be no doubt that Luther still considered himself a loyal and faithful Roman Catholic when he drew up his controversial list.

When Pope Leo X heard how the young Luther had questioned papal authority during his famous Leipzig Dispute (1519) against John Eck, he got a bit miffed and decided to censure the monk by means of his papal bull ‘Exsurge Domine’ which starts by exclaiming: “Arise, oh Lord, and judge your own cause […] The wild boar from the forest seeks to destroy [your vineyard]” (June 1520). Little did Leo X realize that the wild boar in question was to publically burn the bull some six months later! That’s right: the boar burnt the bull! Leo X was left with no choice but the excommunicate Luther from the Roman Catholic Church on 3rd January 1521. 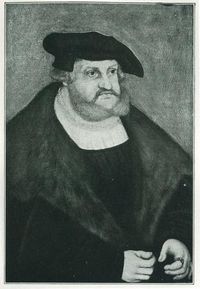 4.- Luther survived thanks to Frederick of Saxony

Were it not for Frederick ‘the Wise’, Luther would not have lasted with his head on his shoulders for more than two minutes. Providentially, it turned out that Fred was one of the seven most important men in the Holy Roman Empire therefore nobody dared to mess with him (not even Pope Leo X or Emperor Charles V). Luther was the star of Frederick’s newly built university at Wittenberg and his boss was not going to let him go without a fight.

In fact, it was Fred’s soldiers who kidnapped Luther after the world-famous Diet of Worms (1521) because the ‘wise’ man was convinced that the Pope’s followers were going to assassinate the German monk in cold blood. Thank you, Freddie!

5.- Luther was a popular and funny academic

Although Luther mastered Latin, he wrote a lot of his works in German so that the common folk could grasp his ideas. The Reformer was singularly gifted when it came to speaking in the language of the people, transmitting deep theological concepts via effective illustrations.

Another factor that helped Luther was his charismatic sense of humour both in and out of the pulpit. When weighed in the balances with the writings of other first-generation reformers like Bucer, Melanchthon and Zwingli, there can be no doubt that Luther’s reflections are far more appealing due to their jokes and blatantly offensive comments. It is almost impossible to imagine a contemporary theologian or a university professor penning a work like one of Luther’s.

As well as being funny, his works are fiery and vehement all the way through. Luther’s raw energy seeps through on every page. He did accept that he had a passionate character, but he explained that he had to be in order to defend the Gospel in the light of countless blasphemers. All in all, his insults, sense of humour and use of German turned him into a real hero of the people.

Luther had two philosophical enemies: one dead and the other alive. The dead one was Aristotle whereas the living one was Erasmus, the most famous European intellectual back in Luther’s generation.

Luther couldn’t stand Erasmus’ teaching because the Dutchman only wanted a moral renewal with the walls of Catholicism. In other words, his aim at reformation was surface-deep.

Luther, on the other hand, stressed doctrine and theology. He wanted to dig a-deep to discover the true roots of Rome’s deviation from apostolic standards. Little by little, Luther came to the conclusion that the Vatican was preaching another Gospel. For that reason, Luther bypassed the whole Erasmian concern with ethics so as to underline the key tenet of Pauline theology and the New Testament Gospel: justification by faith alone in Jesus Christ! Whereas Erasmus only wanted an ethical revitalization within Catholicism, Luther cried out for a doctrinal revolution. 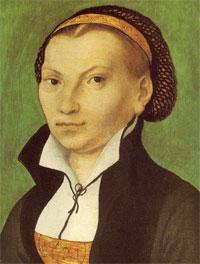 7.- Luther was a family guy

When Luther saw that Scripture nowhere forbade the marriage of ministers, he jumped on the bandwagon and got himself a lovely wife, a former nun named Katharina von Bora (1499-1552). He affectionately referred to her as “Mrs. Kathy”. His missus was fifteen years younger than Luther (who got married when he was 41).

They had a wonderfully happy marriage thanks to their mutual love for one another. Luther once quipped that he delegated all of his domestic affairs to Kathy and in everything else he was guided by the Holy Spirit.

It was quite common for Mister and Missus Luther to have students around for lunch. It was such lunch-time chats that provided the material for Luther’s widely-read ‘Table Talk’. The two also loved going fishing and for walks around their garden together.

They brought three baby boys into the world and two daughters, however, both girls died when they were very young. They also had a pet dog. The two loved each other to the end and Kathy died six years after her beloved prince passed onto glory.

8.- Luther was crippled by sickness

Much of Luther’s life was a constant battle against numerous sicknesses. Not only did he have powerful political enemies (like the Pope and the Emperor) and powerful spiritual fights, but his own body was often laid low by various infirmities.

On top of his agonizing clash with kidney stones, he had horrific migraines and painful buzzing in his infected ears. Chronic constipation and haemorrhoids left the preacher completely exhausted. But it was in the midst of such suffering that Luther continued ministering and thus savour the grand apostolic truth of 2 Corinthians 12:9: “My grace is sufficient for thee: for my strength is made perfect in weakness”.

9.- Luther believed in the real presence

Although Luther denied that the bread and wine of the Lord’s Supper were literally transformed into the body and the blood of Christ, he did affirm a real corporal presence of the Saviour in the Eucharist.

One of the hot-topics of the early Reformation was that of the Table of the Lord. Luther and Zwingli (the Zurich reformer) parted ways over this doctrine in 1529. Whereas Luther believed that the body of the Lord was “in, with and under” the elements, Zwingli held to a strictly commemorative view of the Supper, stressing that Christ was by no means physically present.

Latter Protestantism has tended to follow either Zwingli or Calvin in their interpretation of the Lord’s Supper. The Calvinist stance underscores a spiritual presence of in the celebration of the Supper whilst the Zwinglian perspective speaks of an act of remembrance (with no physical or spiritual presence whatsoever). 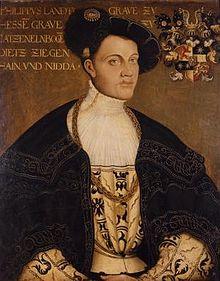 Luther was far from perfect. But who is perfect besides Emmanuel? One of the darkest hours in Luther’s life had to do with the part he played in the bigamy of the Protestant prince Philip of Hesse (1504-67).

In spite of his wife giving birth to seven kids, Philip didn’t feel sexually satisfied so he slept about with other women. Since he felt guilty about his promiscuity, he believed that a second wife would cure his inordinate desires. So he asked Bucer, Melanchthon and Luther about the possibility of taking on a second wife.

Surprisingly, they all agreed! Given Luther’s emphatic anti-divorce stance, he cited the example of the biblical patriarchs as an example of polygamy and thus advised Philip to get married but to keep quiet about it. As the wedding took place, Luther recommended a “strong lie” to stop the news from getting out.

Once news of Philip’s bigamy inevitably spread abroad, both Catholics and Protestants were scandalized and the cause of the Reformation was brought into disrepute. Just as well Protestants have never professed faith in the infallibility of Luther!

Summing up, we can thank God for Wittenberg’s preacher without overlooking the darker side of his life. May Luther’s passion for the Gospel ignite a fire in hearts all across the UK and the Western world once again! May the good Lord raise up 100,000 wild boars like him!