Online gambling and the highest paid woman in history

Gone are the days when you had to enter a dingy betting shop to wager a fiver. Now you place a bet with just one tap or swipe on a smartphone. 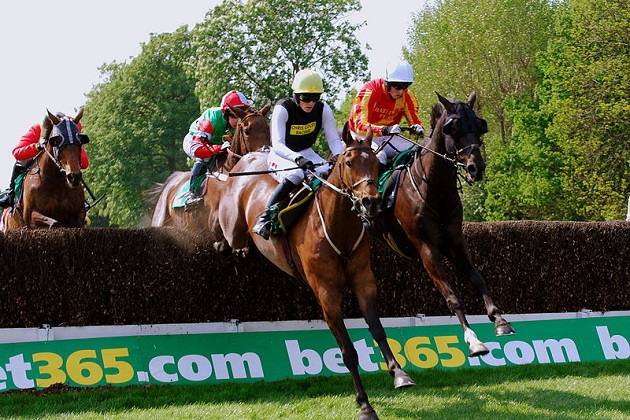 Denise Coates is the highest paid CEO in Britain by a long shot, and the best paid woman in the world. Her salary and dividends came to a staggering £265 million last year, or £726,000 every day.

Bet365, the family gambling business of which she is CEO, trades around the clock, for she was one of the first to see the potential of online gambling back in 2000.

Normally this kind of business success would be cheered as a sign of a thriving enterprise economy. The Bet365 group of companies has 35 million customers worldwide, employs 4,300 people and has brought renewed prosperity to Stoke-on-Trent.  The company is proud of its careful compliance with the raft of regulations the gambling industry has to comply with.

So why do I feel uneasy about the profits being made by Ms Coates and her business? Statistics for the UK gambling industry show that the amount spent on gambling is rising sharply. The Gross Gambling Yield (total bets placed less amount paid out in winnings) reached £14.4 billion in 2017/18, up 4.2% from the previous year. Bet365 alone earned £2.7 billion from customers, from the £52.5 billion they placed in bets.  That this sector is growing so much faster than the rest of the economy is surely not a good sign.

The problem is that gambling has become normalised, especially since television advertising was deregulated. Prior to 2008, only the National Lottery, bingo and football pools could be advertised. Now TV screens are awash with gambling adverts, especially during live sports events. One journalist recently counted 64 advertisements over five hours of football coverage, of which 27 ads (or 42%) were for betting. Many major sports teams are sponsored by gambling companies, and the electronic advertising hoardings around the edge of football pitches lure viewers to gambling sites online.  Such visual saturation creates the impression that ‘everyone’ bets.

What is actually being sold? Bet365’s customers buy the momentary thrill of seeing whether their bet will pay off – a release of dopamine caused by the uncertain reward from the outcome of a sporting event which they have gambled on. Gambling companies are experts at enticing people to keep on placing bets, giving the impression that a big win is just round the corner – even if in fact they are steadily losing.

Advocates claim that betting is just ‘harmless fun’ – but only if you’re mature enough and rational enough to gamble carefully and stop before you lose more than you can afford to. In fact we live in a world where human beings don’t always do what is in their best interests, where they are tempted to do what they know is wrong, and struggle to control their appetites. The Bible has the most insightful analysis of why this is so. Britain has a huge number of gamblers who are neither mature nor rational. Over 10% of 11-16 year olds gamble in any one week, and there are an estimated 25,000 problem gamblers under the age of 16.

Despite the ‘health warning’ on gambling advertisements (‘When the fun stops, stop!’), in reality, people don’t gamble rationally, because it is addictive. And with the advent of online gambling it is incredibly easy. Gone are the days when you had to enter a dingy betting shop to wager a fiver, which created a conscious social obstacle that would-be gamblers had to overcome. Now you place a bet with just one tap or swipe on a smartphone. The Gambling Commission reported that the number of British ‘problem gamblers,’ or people over 16 whose lives are damaged by their gambling, had risen by more than 53 percent between 2012 and 2015, from 280,000 to 430,000.

However, the greatest objection I have is that the poorest people in society are the ones who spend the highest proportion of their income on gambling. A study by the Australian government in 2017 showed that households with under £22,000 of disposable income were spending an incredible 10.4% of their money on betting. This is deeply unjust – that people with the smallest amount to spend on ‘an enjoyable leisure activity’ are the ones least able to gamble ‘responsibly’. The combination of gambling’s addictive nature and the desperate desire to escape from relative poverty means that families are routinely impoverished through gambling.

There are some glimmers of hope though, where action is being taken to protect the most vulnerable. The law to reduce the maximum stake on one of the most addictive types of machine – the Fixed Odds Betting Terminal – is set to change from £100 to £2 next year, after a battle between the gaming industry and campaigners. And just last week, the main online betting companies agreed to a voluntary ban on advertising on the outcome of a sporting event while it’s still going on – from whistle to whistle.

This sobering tale illustrates the complexities around the flawed relationship between human beings and money. Denise Coates is a successful businesswoman, and even if Bet365 sticks to the letter of the law and gambling regulations, there is something obscene about the size of her salary compared to the poverty of so many of her customers.

In Luke 17 Jesus said to his disciples: ‘Things that cause people to stumble are bound to come, but woe to anyone through whom they come. It would be better for them to be thrown into the sea with a millstone tied around their neck than to cause one of these little ones to stumble.’ The last word in the Greek is skandalizo – to put a snare in someone’s way. That is perhaps the real reason why this news is scandalous.