When it comes to the decisions needed in a world gripped by a pandemic, is there anywhere in the scriptures which casts a more nuanced light? 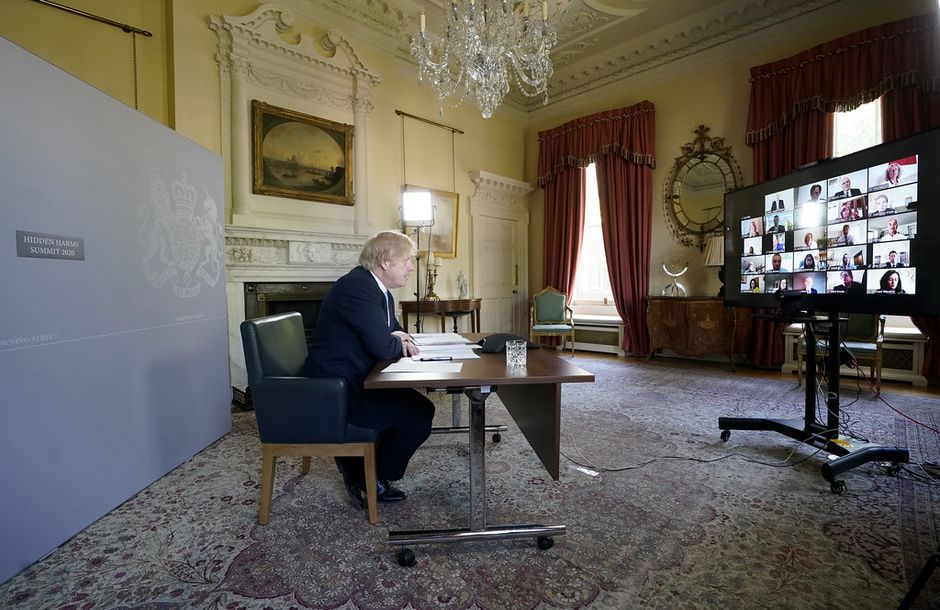 Boris Johnson in the the Hidden Harms Summit via Zoom. / Number 10 under Creative Commons BY-NC-ND 2.0.

In this challenging period in history, after the first wave of Covid-19 but before a vaccine is freely available, the stakes are enormously high.

Over the coming months, there are going to be trade-offs between protecting people’s physical and mental health, ensuring children and young adults can access the education they need, and enabling businesses to survive and the economy to recover.

This is why it’s a dilemma; problems are difficulties that have to be resolved or dealt with, but dilemmas involve choosing between two or more alternatives, each with unpleasant consequences.

At the Jubilee Centre, we believe that God cares about leadership – and not only in the church. Theologians like Althusius in the 16th century and Kuyper in the 19th taught that there are different spheres in society where each has its own structure of authority.

The quality of leadership in these different spheres matters, whether it’s in the family, the college, the city or the nation.

In the Bible, there are numerous case studies of leadership; the whole book of Proverbs can be seen as a manual for leaders. But when it comes to the decisions needed in a world gripped by a pandemic, is there anywhere in the scriptures which casts a more nuanced light?

As I was mulling over this, I remembered the rather strange story in both 2 Samuel 24 and 1 Chronicles 21. It begins with David insisting on taking a census of the fighting men in Israel – motivated perhaps by pride.

This was clearly a major sin in God’s eyes, and David is conscience-stricken. Through Gad the prophet, the Lord says that judgement must come on the nation, and David himself must choose the punishment!

The options are three years of famine in the land, three months of fleeing before Israel’s enemies, or three days of plague.

Now most readers will stumble over the issue of why a census is morally wrong, or why the nation had to be punished for one man’s sin. Alas, there’s no room here to respond to those understandable objections, but a good Bible commentary helps (I found www.enduringword.com especially insightful).

But no one can dispute that the decisions of a king or president can land whole nations in trouble today.

Let’s consider the three gruesome choices. The first was famine – a collapse in agricultural output, which would have meant that for three years people would be depleting their savings and selling assets to buy food – assuming it was available and affordable in neighbouring countries.

The second was a succession of military defeats – with many soldiers killed, land and cities lost to hostile nations, Israel’s position weakened and David’s military reputation trashed.

The final option was the shortest but perhaps the severest. Three days of decimation by an invisible enemy, a deadly plague, which could take the lives not only of the poorest in the land, as the famine would, nor just the army, as military defeat would, but would lay waste young and old, rich and poor, bringing death equally to the village hut and the king’s palace.

So David had to choose between an economic, a military and a health crisis; they differed also in duration and in terms of who would be exposed to danger. David chose three days of plague, influenced perhaps by two factors.

Since it was his own sin which led to this, he didn’t want to be immune from suffering – which would have been the case with the first two disasters (his family had sufficient wealth to avoid the famine, and David had been exempted from going out to battle – 2 Sam 21:17).

The other factor related to his knowledge of God’s character: he didn’t want the nation left at the mercy of external suppliers in a famine, nor foreign generals in multiple military defeats. He wanted to fall on God’s mercy, which he understood would be the deciding factor in the death toll.

What might we learn from this particular account (bearing in mind that it’s not an equivalent situation—David’s plague was limited at three days)?

This opportunity for reflection suggests firstly that the distribution of suffering matters; is the government standing with the poorest and requiring the strongest shoulders to take most of the weight?

And secondly, do we still recognise our need for God’s mercy? We’re working hard to develop a vaccine, but till then, the world is vulnerable to both the health and economic costs of Covid-19.

During the last war both King and PM called the nation to pray; dare we say that we no longer need God at such a time as this?