Ageism was first described in 1968 by psychologist Rob Butler, who predicted it would become nastier when resources are scarce. 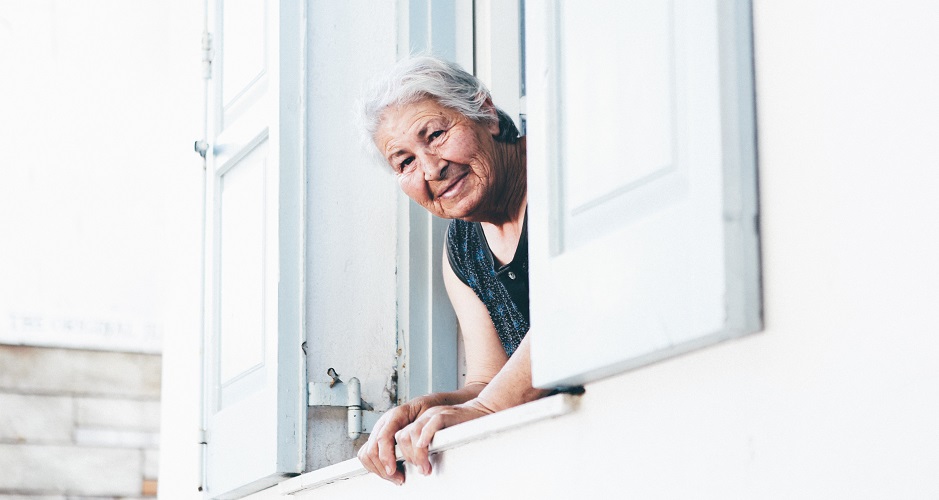 We want a better society after lockdown, where older people are valued as God intended.

Living through the Covid-19 lockdown made many people redefine their values.   ‘I never want to hear from celebrities again,’ said someone on my social media, ‘I only want the red carpet rolled out for nurses and doctors and care workers.’ ‘I don’t want to go back to normal,’ said another, ‘I want it to be better than that.’ A good number of people wanted to revert to a lifestyle of Ghandi-like simplicity, others wanted to find the meaning of life (interestingly, millions more people have tuned in to online services then normally go to church), and others want the streams of kindness and giving to continue.

Others want to tackle the ageism that is affecting the lives of so many older people, including the ‘airbrushing’ out of help during the crisis. Government Minister Richard Buckland has admitted that when the outbreak was at its most ferocious the government chose to protect the NHS over care homes because there was not enough coronavirus testing capacity (1), despite acknowledging that residents were vulnerable and ‘sheltered’. More than 23,000 patients were discharged into care homes without testing, a policy blamed for the death of nearly 15,000 elderly and vulnerable residents. Deaths from care homes were not included in the daily statistics at first, and Age UK director Caroline Abrahams said that ‘older people were being airbrushed out, like they didn’t matter.’

It happens because few people care what happens to the elderly, wrote Revd John Worsley, the editor of Evangelicals Now, (and pastor of Kew Baptist Church) quoting recent research by Kent University showing that ageism is rife in Britain. (2)

Should we sacrifice the elderly to benefit economic prospects for the young?

Ageism was first described in 1968 by psychologist Rob Butler, who predicted it would become nastier when resources are scarce. Older people will be expected to make economic sacrifices for the younger, though from a question put to BBC Radio 4's Any Questions?, it could also even include laying down their lives.

A telephone caller to the programme asked if 'the trade-off' for trying to save the lives of the elderly was 'really worth it, when it will cripple the younger generation’s lives for decades?'

Programme panellists were quick to say there was no ‘trade-off’ to consider, and that the right to life is the most important human right. Other callers backed the panellists, with one, Chris, stating, 'The issue is should we sacrifice our elderly and vulnerable to save the young from the economic effects of COVID-19? And put that way round, it’s a heartless and immoral question.'

The Christian Institute raised the issue (3) after Merv Kenwood, the husband of a disabled woman called the programme the following week saying he wanted to tell decision makers, ‘Please do not brush away the lives of these many, many vulnerable, elderly, disabled people on the assumption that they are happy to not want to live.'

It should be different in our churches, says Revd Worsley. ‘The elderly are made in God’s image. They still comprise the body of Christ. And honestly, they are … some of the most beautiful parts of that body.’ He describes telephoning an elderly church member who told him that after breakfast each morning she and her husband pray for him and everyone on the church list.

In the book What’s Age Got to Do With It? are stories of older people, some in their 90s, who are living with purpose as God intended. They include 99 year old David, sending a monthly prayer newsletter to supporters for his care home in Wales; 87 year old Marilyn, missionary to Pakistan and 84 year old Doreen with failing eyesight, who would sit in a bus shelter near her sea-side home and ask anyone coming in to read to her the Christian tract she’d been given, that she happened to have in her handbag.

The Guardian’s John Harris notes that 'the insecurities of 21st-century life for younger people have fostered the idea that if older people have been lucky enough to buy their home and receive half-decent pensions, that somehow characterises them as the recipients of unjust luxury.' These beliefs stoke the intergenerational fairness debate that bubbles beneath the surface.

Predictions are that the economy will be exceptionally tough after the coronavirus crisis. We will get through it together, better, if we evoke our kindness and generosity and see our older generation not as pirates having made off with the country’s treasure, but as individuals of great value to our culture, and to God.

Published in: Evangelical Focus - Jubilee Centre - A better society after lockdown is one where older people are valued