A historical view of the Christian minority in India

Rethinking Christian witness in a BJP-run nation. An article by Cynthia Stephen. 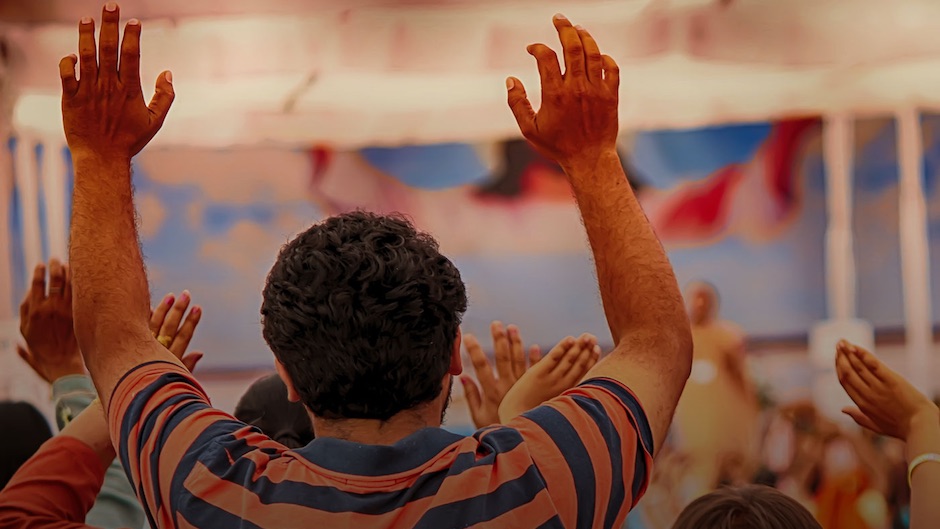 India is known for its diversity, plural culture, and spirituality. However, we have recently seen several instances of religious violence between Hindus and Muslims, and in the last 20 years significant violence has been perpetrated against Sikhs and Christians as well. [1]

The diversity and the inherent size of the country have been a bulwark against the wide spread of violence.

But since the 1990s the Hindu-majoritarian Bharatiya Janata Party (Indian People’s Party) or BJP, presently in power at the centre, and its ideological fountainhead, the Rasthtriya Swayamsevak Sangh (National Volunteers Group) or RSS, have promoted two principles that have resulted in discrimation against non-Hindus and the Indian caste system.

The first idea promoted by the BJP and RSS is uniformity and conformity to their imagination of a Hindu Rashtra. Hindu Rashtra gives primacy to adherents of the faith commonly but erroneously called Hinduism, and second-class citizenship to non-Hindus.

The RSS also promotes Hindutva, [2] a political understanding of the faith tradition known as Hinduism, based on the principles of the Manusmriti.

This ancient code is centred on the belief in the supremacy of the Brahmin male and the inherent inequality of other human beings under them, graded by birth into a particular caste, occupation, and also of course by gender, which forms the basis of the caste system in India. [3]

The formation of modern India

At the time, the formation of India as a secular nation state was a remarkable achievement. Fresh from two wars, the world was tired of conflict and war.

The relatively smooth transfer of power from British to Indian control was achieved by political negotiation, though marred by the violence caused by the partition of the Indian subcontinent into two countries, Pakistan and India.

Soon the newly formed government set about writing a constitution, with a Constituent Assembly headed by one of the most luminous legal talents of the time, Dr B R Ambedkar. Drafts submitted were debated by the members and finalised, article by article.

The Constituent Assembly debates were detailed and systematic, and contentious issues were discussed to the point of being threadbare before decisions were made.

One of the most important debates was on freedom of religion, as recorded in the proceedings of the Constituent Assembly. The founding members discussed this in light of the need for autonomy of religions and commitment to social justice, while keeping in mind that freedom of religion and orderly government had to go hand in hand.

The Constituent Assembly was firmly in favour of a secular and not a religious state, and gave every person the freedom of religion.

Article 25 of the Constitution of India states:

The Constitution of India puts religion under both the state and union governments. States can make laws, but in cases of conflict between them, the central law will prevail; thus, all state legislations dealing with religion would require presidential assent in order to pass into law.

However, at this time, there is no central law regarding religious conversion. The ideologues of the BJP were opposed to the secular constitution and wrote very critically of it in their party organ, The Organiser. They claimed that the real Constitution of India was the Manusmriti. [5]

The rise of communal violence

The birth of India was steeped in sectarian violence caused by partition, where Muslim majority areas in the east and west of India were formed into one country called Pakistan, which later got separated into Pakistan and Bangladesh.

The violence has left deep scars on the nation’s psyche. However, during the earlier decades of the Indian republic, the political leaders focused on nation building, economic and agricultural self-sufficiency, and despite two wars with Pakistan and one with China, were able to provide some sense of balance and forward-looking leadership.

India under Jawaharlal Nehru was seen as a moral leader in a strife-torn twentieth century. 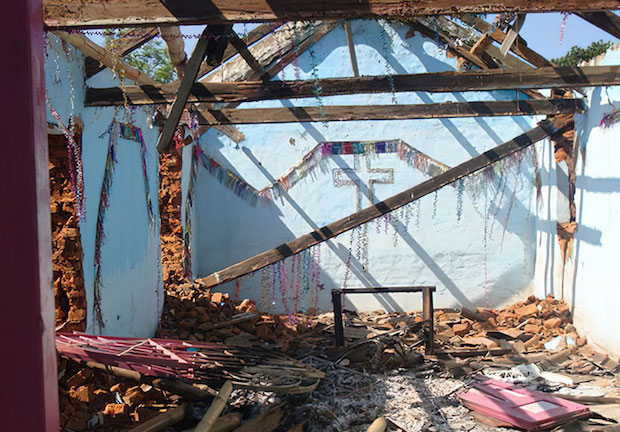 However, the seeds of what some would call the fascist Hindutva project, sown in the early twentieth century, started germinating in the 70s and 80s. BJP won its first seats in parliament, just two, in 1984.

But in 1989, the tally went up to 85, after a stormy country-wide road campaign by the then president, L K Advani, which sparked communal violence in its wake.

This campaign created a wave which culminated in the demolition in 1996 of the Babri masjid, said to have been built on the birthplace of the deity Lord Ram, in Ayodhya in Uttar Pradesh, a north Indian state bordering Nepal.

The electoral fortunes of the party never waned, rising steadily in tally to the present 303 in a House of 543. The elections of 2004 and 2009 saw the coalition government led by the Indian National Congress, but in 2014 the present prime minister, Narendra Modi, sailed into power on a campaign with much social media hype, and was re-elected in 2019.

There were several anti-minority disturbances across the country, especially in BJP-ruled states. In 2007 BJP entered into a coalition government with the Janata Dal (secular) in Karnataka, a south Indian state.

The development caused ripples as the BJP’s electoral strength was always in the Hindi heartland, ie north and west India. The south, being culturally distinct from the rest of India, resisted the Hindutva wave of the north due to its diversity—its languages and people are ethnically more Dravidian.

Historic maritime, trade, and political links with other countries on either side of the peninsula created a more egalitarian society with higher socio-economic attainments and greater access to education, due to large numbers of schools and colleges started in the colonial period by locals and missionaries in comparison to the rest of India, barring the coastal cities and political capitals.

The Christian minority in a plural India

The diversity of India is seen in the numbers of religions, languages, cultures, music, art, architecture, literatures, dance, sculptures, metallurgy, textiles, and foods in the country.

Both Christianity and Islam reached India’s shores a few years after their founding. In earlier centuries, Parsis, Jews, Orthodox Christians from Syria, and Muslims reached south Indian shores and settled peacefully there permanently and prospered.

Local faith traditions and belief systems abound across the country, even as Buddhism and Jainism were the most widely followed traditions until Brahmin scholars succeeded in winning over powerful kings and their courtiers and gained ascendancy in political, religious, social, cultural, and language spheres in the pre-colonial period.

The arrival of the Portuguese in 1498 set off a series of slow but cataclysmic events. They were followed by the Dutch, British, and French, who came to trade.

Finally, the British gained political ascendancy and became rulers of large parts of the landmass for almost two centuries, ending in 1947.

The British were against religious work for over 100 years, only giving some support to missionaries in the latter years, but the Portuguese were aggressive in promoting the Catholic faith on either coast where they were well entrenched.

Later their influence continued, based in Goa in the west coast, until 1961, when the Indian government finally used force to evict them and take over the territory after years of diplomatic efforts by Nehru and struggles by the locals to dislodge them. Goa still has about 25 percent Christians according to the population census of 2011. [6]

The World Christian Database shows that in 2020, India had 73 percent Hindus, 14 percent Muslims, and 5 percent Christians—an increase from 2 percent in 2011. [7]

All over India there is a significant number of marginalized sections including around 8% indigenous people, known officially as Scheduled Tribes (ST), and about 18% Scheduled Castes (SCs), though unevenly distributed, now also called Dalits. [8]

The pro-Hindutva government is insecure that many SCs have converted to Christianity, and eight states have anti-conversion laws, many under challenge in the supreme court.

As the numbers of Muslims and Christians are quite significant, they fear that these sections are unlikely to be supportive of the Hindutva political project.

Hence, they target Muslims for the trading and consumption of beef, or as ‘terrorists’. Christians are being falsely accused and so attacked for forcefully converting people by ‘fraud and allurement’. 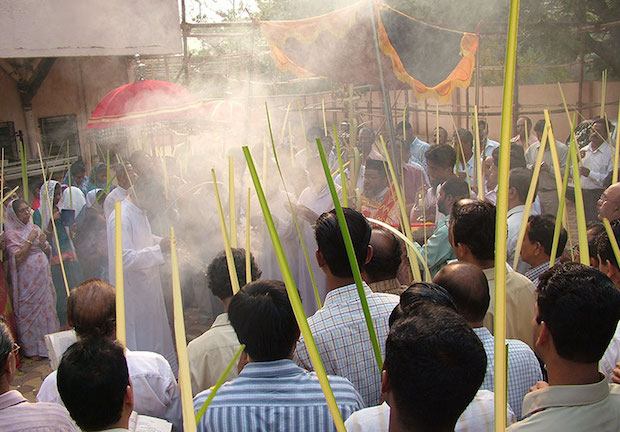 Photo: “Remains of a church property burnt down during communal violence in Orissa in August 2008” by All India Christian Council.

Christians in India are known for their work in education, healthcare, and serving the disabled, aged, and vulnerable sections of society, and hence enjoy a lot of goodwill.

However, at another level, the negative impact of caste, class, denomination, property issues, and gender-based violence against women in the church has damaged the image of Christians and even affected their witness.

Also the rise of televangelists and their huge ‘empires’, and the use of intemperate language against other faiths by some zealous preachers, have raised hackles.

Missionaries need to rethink evangelism. It is no longer feasible to visit schools or hospitals to distribute New Testaments. Distributing tracts or having summer camps for children, once always popular in evangelistic outreach, are not easy now.

Innovative approaches are needed, using interpersonal skills, digital methods, music, and creativity to share the gospel and to disciple seekers. We need to pray and seek the Holy Spirit’s guidance.

We need to devise contextual and culturally integrated evangelism, due to resistance and backlash against the bold approach so favoured by some evangelists. Should we encourage our young and older people to enter fields like music, film, creative writing, government, and media as tentmakers? Should we consider learning from each other with new approaches used by social media influencers and policy advocates? [9]

Cynthia Stephen is an independent social policy researcher, analyst, and journalist. She is president of the Training, Editorial and Development Services Trust (TEDS Trust) based in Bangalore, India. She is also a well-known speaker on gender, policy, and development issues.

She has led initiatives for justice and women’s empowerment groups. As a religious minority and a member of the Dalit community, Cynthia often speaks about women’s concerns from the unrecognized perspective of women and girls from marginalised communities.

This article originally appeared in the May 2022 issue of the Lausanne Global Analysis and is published here with permission. To receive this free bimonthly publication from the Lausanne Movement, subscribe online at www.lausanne.org/analysis.

2.  The word occurs in the title of a pamphlet written by Vinayak Damodar Savarkar, one of the founders of the RSS. Originally published in 1923 as ‘Essentials of Hindutva’, it was reissued with the title ‘Hindutva:Who is a Hindu?’ available at: https://archive.org/details/hindutva-vinayak-damodar-savarkar-pdf.

3.  P.B. Sawant, ‘The Manusmriti and a Divided Nation,’ The Wire, November 16, 2020,https://thewire.in/caste/manusmriti-history-discrimination-constitution.

5.  P.G. Ambedkar, ‘The “Neech” Debate: Here’s What Manu-Smriti, a Favourite of RSS, Has to Say About it,’ Newsclick, Dec 11, 2017, https://www.newsclick.in/neech-debate-heres-what-manu-smriti-favourite-rss-has-say-about-it.

9. Editor’s note: See article entitled, ‘The Rise of Hindu Fundamentalism,’ in the May 2019 issue of Lausanne Global Analysis, https://lausanne.org/content/lga/2019-05/the-rise-of-hindu-fundamentalism.

Published in: Evangelical Focus - Lausanne Movement - A historical view of the Christian minority in India