Queer Theory: An attack on the concept of a fixed sexual identity

Instead of pushing for tolerance, norm critical pedagogy tries to influence people (even small children) to distance themselves from the two-sex norm. 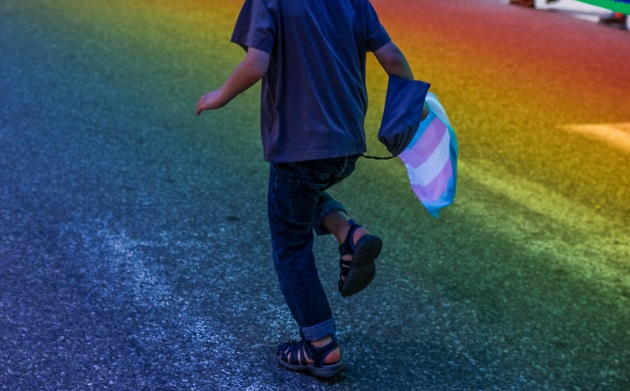 The last decade has seen the rise of a new ideology in the West, and increasingly also in other parts of the globe. It has sometimes been described as ‘Transgenderism’, and sometimes as ‘Queer Theory’. It differs from previous movements in that it does not specifically push for either sexual promiscuity or ‘gay rights’. Rather, it is an attack on the whole concept of a fixed sexual identity.

Queer theory involves a critique of all that used to be labelled ‘normal’ when it comes to sexuality and gender, and it has crowned the transsexual community as the heroes of our time. In this article I will explore some key aspects of this trend, including a biblical analysis of its claims and consequences.

Gender as a ‘Social Construct’

There are few things that occupy modern Westerners as much as their identity. This is very much the case with the young generation, but the ‘identity project’ is a central aspect of our culture as a whole. We try to figure out who we are, where we are coming from, where we are going, what our worth is, and what greater whole we are a part of; and one of the most central aspects of this quest, at least looking at the last decade, relates to gender and sexuality.

The so-called ‘second wave’ of Feminism was launched in the 1960s and 1970s, and it put forward the concept of gender as a ‘social construct’. With this concept, feminists wanted to emphasise that, while our biological sex is fixed, our social roles as men and women are fluid and—at least to a great extent—created by the surrounding culture. While this may still be a controversial statement to some Christians, it is generally accepted in most of today’s Western world.

What is totally new, however, is that which is generally called Queer Theory or the ‘third wave’ of Feminism. This ideology stipulates that not only our gender roles are fluid, but also our biological sex. Gender being a supposed social construct, traditional concepts of sexuality as well as differences between men and women are rejected.

The most well-known mouthpiece for this way of thinking is that which was previously called the LGB movement (and before that, the gay movement), but which is now frequently called the LGBTQI+ movement. What specifically concerns me here is the last three letters in this sequence:

- T, which stands for Transgender or Trans;

- Q, which stands for Queer; and

- I, which stands for Intersex.

Transgender or ‘Trans’ is the technical term for people with a gender identity or gender expression that differs from their biological sex. It includes, but is not restricted to, people with a desire for medical assistance to transition from one sex to another (often called transsexuals). Increasingly, however, Trans has become an umbrella term for all who self-identify as something other than their biological sex (or at least slightly different). In the end this leads to an almost metaphysical understanding of gender identity: independent of one’s body, reproductive organs, chromosomes, and hormones.

The term ‘Queer’ has been used in different ways during different eras. Originally meaning ‘strange’ or ‘peculiar’, over a hundred years ago it became a pejorative term for homosexuals. Nowadays, however, it has evolved into a distinct concept opposing all kinds of normativity and binary opposites. Queer theorists tend to view both sexuality and gender as fluid, meaning that one can go back and forth on a spectrum of heterosexual–homosexual–bisexual–transsexual and so forth. They strongly reject the so-called ‘hetero’ and ‘two-sex’ norms, which also means that they challenge the traditional parts of the LGB movement.

Intersex could also be described as a kind of umbrella term. Normally, however, all intersex people have some kind of medical diagnosis. The official definition would be individuals whose genitals, gonads, chromosomes, or sex hormones do not fit the typical definitions for male or female bodies.

The Issue of Ideology

As the above illustrates, the concepts of Trans, Queer, and Intersex can be used in different ways. In a narrow sense, they represent medical or psychological conditions. In the case of Intersex this is obvious, but the same is true of what is now called ‘gender dysphoria’ or transsexualism. However, the TQI labels are also used in a broader sense, claiming to affect our understanding of sexuality and identity in more general terms. As already mentioned, Trans as an ideology represents an almost metaphysical understanding of gender identity, whereas Queer Theory is based on scepticism towards normativity and binary opposites. 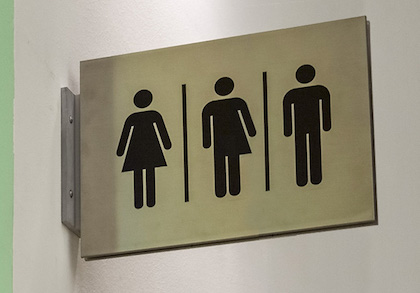 This is also the way that these concepts have come to influence the Western culture of today:

- When the Austrian transvestite Conchita Wurst won the ‘Eurovision Song Contest’ in 2014, he/she became a symbol not only of a good singer but also of the freedom for everyone to be ‘who they really are’.

- The same goes for the American gold medal athlete, Bruce Jenner, who in 2015 declared that from now on he was going to be Caitlyn Jenner, and also started the hormonal and medical transition to the female sex.

In countries such as the United Kingdom, the United States, and Canada, the transgender issue has become extremely hot. The ultimate test of not being discriminatory has become the treatment of those who self-identify as Trans, including the question of whether or not you are willing to address transgender people with their preferred pronoun and/or if you will let them use the changing room of their perceived sex. As already mentioned, the issue is made even more complicated by the fact that many who self-identify as Trans do not have a medical or psychiatric diagnosis to refer to—you are simply expected to accept their (metaphysical) understanding of their own sex.

In my own country, Sweden, it is instead the Queer ideology that has had the strongest impact. In today’s Swedish schools and pre-schools there is an increasing appreciation of what is called ‘norm critical pedagogy’. Behind this pedagogy lie the typical Queer values of opposition towards normativity and binary opposites. Instead of pushing for tolerance, norm critical pedagogy tries to influence people (in this case even small children) to distance themselves from traditional norms—with a specific emphasis on the hetero and the two-sex norm.

A tangible way to do so, supported by the Swedish government, is to introduce gender-neutral bathrooms, to read books about non-traditional families, and to play role games with homosexual couples, among other things. The idea behind this is that there is no such thing as a ‘normal’ family, a ‘normal’ sexuality, or a ‘normal’ gender identity. Put simply: the solution to a perceived discrimination against LGBTQI+ people is to teach everyone that there is no neutral starting point—it is no less odd to be a heterosexual than to be LGBTQI+.

What should we as Christians make out of all this? In brief, my answer falls into the following three sections:

I think it is important not to just dismiss the stories of the LGBTQI+ movement as irrelevant. Not least in our churches, but certainly in society as a whole, we have often marginalised these individuals in an unrighteous way. Now that we hear the cries from these margins, we should not look on the individuals from the LGBTQI+ movement with anything less than the love of Christ. Nor should we deny treatment for people who, on good grounds, are in need of medical and/or psychiatric care. Finally, we should attest to the partial truth of the Queer ideology, realizing that we are all a bit ‘queer’—i.e. marked by the brokenness of a fallen world (Rom 8:22–23).

On the other hand, we need to realise the dangers of the Trans and Queer ideology, as these are generalised in the population as a whole. It is simply not possible to let the experiences of the LGBTQI+ movement define the perception of sex and gender also within the heterosexual majority.

This is of particular importance when it comes to the young generation. It is a betrayal of our youth and children not to encourage them to find their identity as boys and girls, males and females:

- We transfer a personal struggle to the majority that used to be of relevance only to the minority—forcing everyone to ‘self-identify’ without regard to their biological sex, as this is said to have nothing to do with our identity and/or sexuality.

- We also create an unnecessary confusion concerning choice of partner, practically encouraging even heterosexual youth to start dating both sexes, as the so-called hetero norm is perceived as oppressive.

From the Bible in general, and the creation account in particular, it is clear that both the hetero norm and the two-sex norm are foundational. The same is true of other binary opposites that have been laid down in God’s creation (Gen 8:22). The idea that our bodies do not communicate anything vital about our (gender) identity could actually be identified as a modern form of Gnosticism, playing off the body against the soul.

Instead of Queer theory, we therefore need to reclaim the foundational nature of the Creation order. While recognising that we are all broken, we need to help the next generation to find its identity in being created in the image of God—spirit, soul, and body included (1 Thess 5:23).

We also need to demonstrate that our sexual identity might be of bigger importance than traditionally stated in the Christian church, but that it is not important enough to define us as human beings. We may be heterosexual or LGBTQI+, but more than anything we are called to be the children of God.

To many evangelical churches, this also means that we have to get back to our studies, doing our homework on Creation theology. We need to find solid arguments for why a traditional understanding of humanity as male and female is such a fundamental part of the created order. In this quest, we should engage not only our Bibles but also scientific evidence and medical, psychological, and sociological experience.

In addition to this, we need to demonstrate by our teaching as well as our own lives that the path to freedom for heterosexuals and LGBTQI+ alike is to fix our identity not in our sexual orientation, but in our origin from the Creator God.

Olof Edsinger serves as General Secretary of the Swedish Evangelical Alliance. He has authored a number of books about the Bible and Christian living, including several titles on sexuality and gender issues.

This article originally appeared in the January 2019 issue of the Lausanne Global Analysis and is published here with permission. Learn more about this flagship publication from the Lausanne Movement at www.lausanne.org/lga.

Published in: Evangelical Focus - Lausanne Movement - Queer Theory: An attack on the concept of a fixed sexual identity