Christianity in China: Adapting to a tighter political environment

After three decades of loosening Communist Party control and expanding freedoms, Xi Jinping is systematically trying to reassert Party control over all sectors of society. 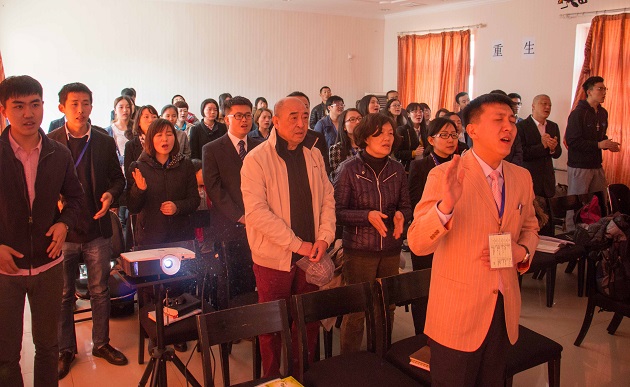 A few years ago, Rob Gifford, author of China Road: A Journey into the Future of a Rising Power (1), spoke at a ChinaSource conference in Hong Kong. He talked about the economic and social challenges that were likely to force China into drastic restructuring, noting that demographics alone would require it to move from being a labor-intensive, manufacturing-based economy to something else. ‘One thing is certain’, Gifford said, ‘the next 30 years in China cannot look like the last 30 years.’

More recently, this sentiment was echoed by China watcher Bill Bishop, who wrote in November in the Axios (2) newsletter that ‘we have to accept that China under General Secretary Xi Jinping is materially different from the China we knew under Hu Jintao and Jiang Zemin.’

One way that China is ‘materially different’ under Xi Jinping is a significantly tighter political environment. After three decades of loosening Communist Party control and expanding freedoms, Xi is systematically trying to reassert Party control over all sectors of society. This is behind so many of the reports we have seen of late of crackdowns and growing harassment/persecution of believers. However, the crackdowns are part of something much broader and it is a misinterpretation to assume that they are simply targeted at religion in general, or Christianity in particular.

This new political environment is impacting both local believers in China and foreign workers who have been serving the church in China.

END OF THE ERA OF OPENNESS

The past few decades have seen an increased openness for churches and believers (3). The urban house church movement came into its own. Unlike the rural house church movement that had grown up during the era of intense persecution and of necessity had been ‘underground’, these urban house churches are often public (complete with websites) and have adopted a less confrontational stance towards the government. The goal has been to show the authorities that they are not a threat.

Even though religious regulations were not changed, enforcement was relaxed, leading to an expanded gray zone that allowed for the growth of Christian publishing, media, and education.

Local officials had leeway in overseeing religious affairs in their jurisdictions, and some even cultivated relationships with church leaders. This contributed to a more relaxed environment as Christians could offer assurances of not being a threat. As long as local churches and believers did not cause trouble, they were largely left alone.

For the foreign Christian community serving in China, the past few decades have been marked by increasing openness as well. While still not being allowed to engage officially in religious work, foreign Christians could live and work in China on a variety of legitimate visa platforms. These included teaching, studying, operating registered commercial enterprises, and establishing locally-registered NGOs. Some were working independently, while others were quietly part of sending organizations. So long as their visa and residence permission papers were in order, they were operating their businesses according to local laws and regulations and were considered to be providing legitimate services to the community, their presence was tolerated.

The new environment, or ‘New Normal’(4) as it is sometimes referred to, is making things more difficult for local believers. In 2018, the government issued a new set of religious regulations that make it significantly more difficult for unregistered churches (house churches) to function. Penalties can be levied against landlords who rent to unregistered groups, and local officials are under pressure to be stricter in their enforcement of these regulations. As a result, a few large, high-profile house churches have been closed and their leaders detained. Other larger house churches have made plans to divide (or have divided) into smaller churches should the need arise. In some ways this can be seen as Communist Party-led church multiplication.

Registered churches (‘Three-self’ churches) are also feeling the pressure, with more political rhetoric and directives to ‘Sinicize’ (5). Many registered church leaders now have to spend more time managing their relationships with government officials, leaving less time for shepherding the flock.

What does this new reality look like for foreign Christians serving in China?

We are being reminded of something that was perhaps forgotten, or at least overlooked—that China does not want, and never has wanted, foreigners engaged in religious activities. For a variety of reasons, however, their presence over the past 30 years has been tolerated. That tolerance is waning now, as the government moves to making sure those who enter China are engaged in activities that China deems valuable in light of its own goals and priorities. What is increasingly not tolerated is the presence of foreigners who are not obviously contributing to the achievement of China’s strategic goals. In 2018 alone, hundreds of foreign Christian workers have left China, either by official decree or by choice, as it has become clear they cannot continue their work.

Foreign Christians and foreign non-profit organizations are increasingly viewed by the Chinese government through a lens that sees them as potential national security threats. This is especially true for those individuals or organizations that work in minority areas, with work in Muslim minority areas being the most sensitive.

China has become a surveillance state, and foreigners are not exempt. Once outside of a home or hotel room, a person is always in view of a camera. Much of the surveillance apparatus is used for everyday law enforcement enhancement (catching petty thieves or jaywalkers). However, it can (and has been) employed to track down people the government deems undesirable. How it can and will be used in the future is a matter of much speculation.

Implications for foreign Christians in China

What then are the implications for foreign Christian workers in China?

‘Coloring outside the lines’ is likely to become more difficult. This includes being on a student visa for years, setting up residence while on a tourist visa, or getting a work visa from a friend’s business without any actual requirement to show up for work. Security officials who control access to visas and residence/work permits are under pressure to be more professional in managing immigration and visa issues, making sure that their decisions serve the broader goals of the Party and government.

In evaluating foreigner requests for visas, a key question is, ‘What are you going to do for China?’ This is an expression of Chinese pragmatism—balancing the pros and cons. Right now, the ‘cons’ of tolerating the presence of foreign Christian workers are given more weight. Unless they are seen to be contributing to China’s goals, the incentives for approval are minimal.

Foreign workers in China will need to re-think the meaning of ‘under the radar’. It is sometimes thought that this means having little or no contact with government officials. This is short-sighted because relationships with local officials are often key in determining the success or failure of an endeavor.

It is also a mistake to think that it means simply avoiding certain religious language in correspondence or avoiding attendance at registered or international churches. However, what of the large family that rents a nice apartment, owns a car, travels abroad at least twice per year, and yet has no observable means of income? This is one criterion for identifying spies that is regularly seen on neighborhood ‘anti-spying’ posters.

Another common idea is that it is possible to remain under the radar by not using WeChat. Disconnecting from WeChat, however, in effect disconnects one from the Chinese community that we are seeking to serve. Using WeChat is almost a necessity of life in modern China. Using it wisely means having enough ‘normal’ chatter such that potentially problematic usage is relatively small and does not draw attention. How we present ourselves is important. In some ways, having a public Christian identity actually helps because then our Christian chatter is normal.

Foreign Christian workers in China, no matter how ‘safe’ they think their situation is, need to engage in contingency planning. This should include a number of questions:

- What do I need to have in place in case of a sudden departure?

- How will I know if it is best to leave before the possibility of being deported?

- If I am interrogated, will confiscation of my cell phone and computer implicate Chinese or other foreign believers in a negative way?

It is possible, perhaps even likely, that the plans may never have to be implemented; however, having a plan may serve to lower anxiety and fear as well as minimizing the negative impact of actually having to leave (6).

Foreign Christian workers in China need to be intentional about indigenization. A reading of the history of Christianity in China tells us that a day may come when foreigners are no longer welcome, especially in minority areas considered sensitive by the Chinese government. If this happens, will local leaders be prepared to carry on the work? If not, then we are in danger of repeating the mistakes of pre-1949 missionaries. The church in China is ultimately responsible for taking up its role in evangelism, discipleship, and reaching the unreached. Are we helping them to that end?

The nature and impact of the changes taking place are not limited to internal conditions or to foreigners working within China. China under Xi Jinping is seeking to claim a leading role on the international stage by adopting a more activistic (some might say aggressive) foreign policy. This is most keenly seen in the so-called ‘Belt and Road Initiative’, a Chinese government-policy to establish closer ties with countries in Asia, the Middle East, Eastern Europe, and Africa, by investing in economic development projects. As a result, more and more Chinese are traveling abroad.

This has two broad opportunities in terms of ministry:

1. Churches and believers in countries that are seeing an increase in their Chinese populations will have opportunities to reach them with the gospel. According to Asia News, in Africa alone, there are more than 1 million Chinese and 10,000 Chinese companies (7). It also reports a growing movement of African churches and foreign mission groups engaging in evangelistic outreach among this Chinese diaspora.

2. These initiatives provide new opportunities for the growth of the Chinese church’s nascent missions movement (8). As the government encourages more of its people to go abroad, Christian entrepreneurs can establish their own modes of doing ‘business as mission’ (9), impacting their new communities for Christ.

While we do not know the specifics of what changes China will experience in the coming decades, we can be sure that, for local and foreign Christians, the next decades will not look like the past decades.

Joann Pittman is the senior vice president of ChinaSource and editor of ZGBriefs.

This article originally appeared in the May 2019 issue of the Lausanne Global Analysis and is published here with permission. Learn more about this flagship publication from the Lausanne Movement at www.lausanne.org/lga.

8. Editor’s Note: See article by David Ro, entitled, ‘The Rising Missions Movement in China (the World’s New Number 1 Economy) and How To Support It’, in May 2015 issue of Lausanne Global Analysis. https://www.lausanne.org/content/lga/2015-05/the-rising-missions-movement-in-china-the-worlds-new-number-1-economy-and-how-to-support-it.