The ‘Heroes’ of the Bible go from paper to smartphone

The developers of the ‘Heroes 2’ video game app hope that it will be a tool to bring the message of Jesus to new generations. 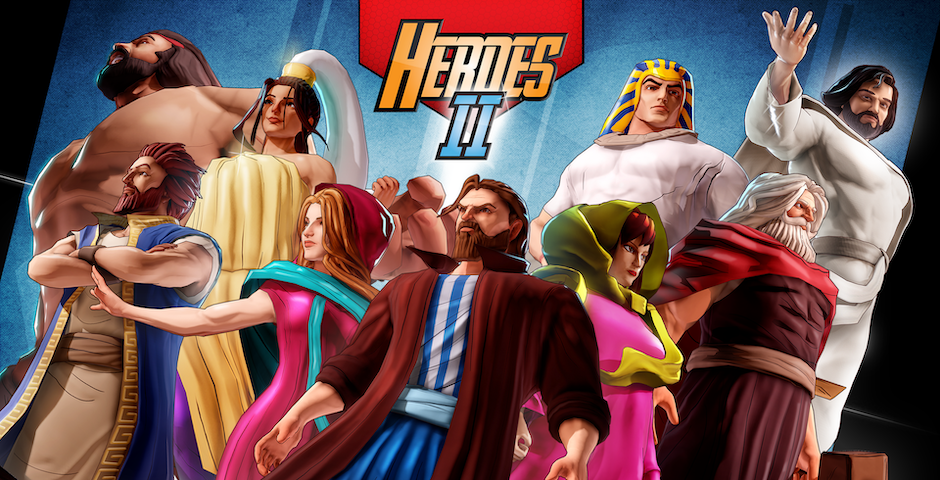 The launch of a new version of the video game “Heroes 2” is scheduled for March and its creators hope to reach more than 50 million people in the first 18 months.

According to Vanesa Pizzuto, who is in charge of public relations and promotion of the video game in Spanish, in a culture obsessed with fictional superheroes, it is important to use these technological means to present the real heroes of the Holy Scriptures.

“If a gamer uses the app, they can enjoy it, but also share it with others, even people who have never heard of the heroes of the Bible”, Pizzuto told Spanish news website Protestante Digital.

“Before, when we thought about evangelism, we assumed we were going to foreign lands. Today, there are 4.7 billion mobile phones in use. Imagine what could happen if every one of those people received the message of Jesus Christ directly on their phone”, she added.

The statistics of the project leaders the video game show that four out of 10 people use video games and a quarter of a million people a month search the Internet for entertainment focused on biblical questions.

“Instead of waiting for them to come to us, we want to use the Jesus method: going to where they are, speaking their cultural language”, Pizzuto pointed out.

There are 20 people working directly in “Heroes 2”, alongside with a group of volunteers. The aim is to activate the application in 4 languages soon (Spanish, English, Portuguese and French), although the future goal is to translate it into more than 10 languages, so that they are seeking for volunteers in their website. 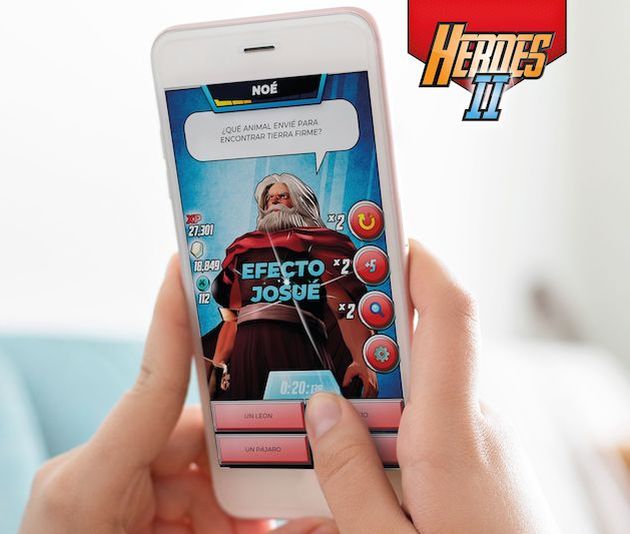 The video game Heroes 2 has an app now.

The “Heroes” app achieved significant interaction figures in 2013. This new version, compatible with iOS and Android, has 3D designs, more characters and also more questions with different levels of difficulty.

It has an original soundtrack recorded by the Prague Symphony Orchestra and an interesting system of jokers to use strategically during the competition. For example, one is the so-called “Jesus effect”,  that erases mistakes and shows you the right way. Another is the “Lazarus effect” , which gives you a second chance.

The game will also allow you to challenge others by sharing a participation link valid for 24 hours. It will also maintain a ranking screen so that users can measure their performance and that of others.

One of the features most highlighted by the app's creators is the existence of so-called “big questions” where players can participate in Bible studies to answer questions such as: Is God real, What happens when you die, If God is good, why do we suffer? All selected because they are among the most searched questions on Google.

Furthermore, if the player is going through a difficult time in their life, there will be a team available 24 hours a day to answer prayer requests and even provide pastoral support.

Published in: Evangelical Focus - life & tech - The ‘Heroes’ of the Bible go from paper to smartphone