“We support tackling extremism, but not in this sweeping, overly broad manner", EAUK, CARE, Christian Concern, Lawyer's Christian Fellowship and The Christian Institute say in a joint statement. Government's strategy against terrorism risks freedom of speech. 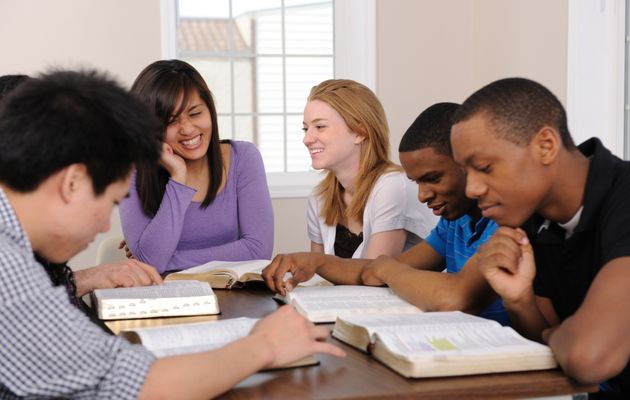 Christian youth groups will have to register.

In a joint statement published on Monday, Christian Concern, CARE, Evangelical Alliance, Lawyers' Christian Fellowship, and The Christian Institute, stated that this is "an unjustified restriction of religious liberty."

According to the Christian charities, Ofsted (the schools' inspections body) is becoming the "state regulator of religion."

The plan, announced by the department of education in 2015, says that institutions that provide teaching of more than six hours per week to youth below 19 years old will be required to register.

This is part of the government's strategy to counter extremism.

However, the coalition affirms in their statement that, regardless of whether it's six hours or higher, "the principle of outlawing 'unregistered churches' from teaching children the gospel is an unacceptable overreach of the state."

These organisations believe that “in the current climate of aggressive secularism and religious illiteracy, the experience of some Christian schools is that inspectors themselves can be ignorant of or hostile to Christian beliefs and practices.”

Besides, "the prospect of inspectors questioning volunteer leaders and children (without their parents) is an unwarranted incursion into private religion and family life”, they add.

The statement points out that "Christians are peace-loving, law-abiding citizens who respect authority and love their neighbours. They are a major source of volunteering, and represent the best of 'British values'.”

Therefore, “to require such people to submit to registration and inspection to ensure they are not encouraging terrorism is profoundly misconceived."

A CALL TO ACTION

The coalition urges “the government to drop these proposals and develop a targeted, intelligence-led approach that will genuinely inhibit the activities of violent extremists."

It also “calls on Christians, churches and affected organisations in England to contact their MPs and urge them to oppose these plans.”

“CHRISTIANS ARE NOT TERRORISTS”

CARE Chief Executive Nola Leach believes that the government plan “is simply not the best way to tackle the radicalisation of young people. We support tackling extremism, but not in this sweeping, overly broad manner."

“Christians are not terrorists and should not be treated as if they are", Andrea Williams, CEO of Christian Concern, adds.

The Evangelical Alliance's Head of Public Policy, Simon McCrossan, agrees. “There is a real risk churches will feel forced to step back from the valuable services they currently provide to young people across society", he argues.

A VIOLATION OF RIGHTS

Mark Jones, Chairman of the Lawyers' Christian Fellowship, states that the measure “could be counter-productive to the stated aims and may arguably place the UK in breach of its international Human Rights obligations."

"The freedom to proclaim the Gospel, and indeed our wider civil liberties, must be protected, not undermined in the name of 'counter-extremism' ", Colin Hart, Director of The Christian Institute concludes.