The 30-member church will open in Old Town Spring over a three-day period in which they will feature presentations on their philospohy. 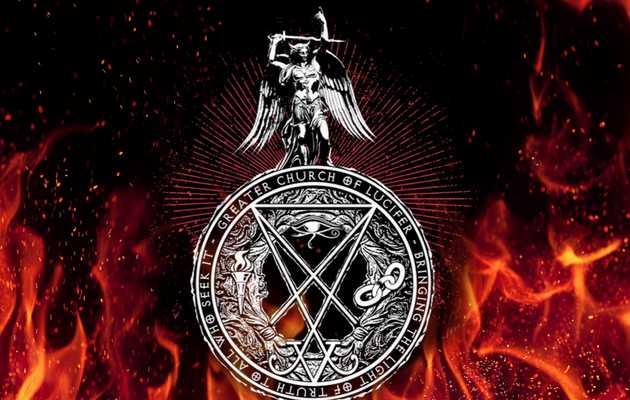 Founder Jacob No said the Luciferians promise to offer people a different kind of "church experience."

"As individuals, we seek to express our insight towards attaining apotheosis, Lords of our spiritual and carnal world. As a foundation, GCOL seeks to inspire the few in the masses towards self-excellence and change," No said. "We just want to coexist."

Its website reads: "The Greater Church of Lucifer is only a 'church' as a play on words. We are a gathering of like souls who seek to understand and live within the framework of Luciferianism as we understand it."

"A Luciferian would find it insulting to bow before any perceived deity," GCOL Co-President Michael Ford said. "We don't believe as a basis in the existence of a deity that wants us to worship it."

However, the church's symbolism is heavy on Satanism, with horned creatures, fallen angels, winged animals with hooves and a long-horned goat's head.

Local Christian congregations say they are not deceived.

"They want to turn on an inner light but I believe they are worshiping Satan," Rev. Mark Estep, pastor of Spring Baptist Church, said.

Local ministers say they'll try to understand what the Luciferians believe, all the while working to help them discover the true God.

"You can't argue anyone into salvation," Estep said. "But you can show the love of our trust in the Holy Spirit."

Others are taking a more Old Testament-style approach, in one case praying that the Luciferian church will burn down with every member inside.

Ford told a local news outlet that the Lucifer practitioners are misunderstood and that they are not worshipping the devil.

Many church congregants believe that they are, indeed, Satan worshippers, and are praying for the group, including Rev. Andy Sytsma of Spring's Presbyterian-based New Life Christian Reformed Church.

"We know they are sincere in their beliefs, but as Christians, think that they are sincerely wrong in what they believe," Sytsma told theHouston Chronicle. "We don't need to be afraid of them, but we do fear for them because of what the Bible says about how God will handle people who follow such beliefs."