Stamp to commemorate the Reformation denied by Spanish authorities

More than 100 evangelical entities had supported the petition. 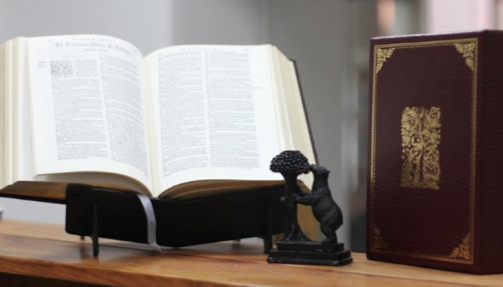 Spanish evangelicals proposed to issue a stamp containing the emblem of the Bible of the Bear.

In 2017, the fifth centenary of the Reformation will be celebrated all around the world. Christians are preparing various cultural and social initiatives to highlight the anniversary.

Among those activities, several evangelical entities in Spain had asked the State Philatelic Commission to issue a stamp containing the emblem of the "Bear Bible", the translation of the Bible into Castilian by Casiodoro de Reina, ahistoric document appreciated for its great literary, historical, and spiritual value.

UNITY AROUND THE BIBLE

The initiative had created a feeling of unity among Spanish evangelical people, considering that the anniversary of the commemoration of the 500th anniversary of the Protestant Reformation could be a good moment for such an intiative.

More than 100 evangelical entities had supported the petition, including the Federation of Evangelical Religious Entities of Spain (FEREDE in Spanish), the Spanish Evangelical Alliance, city councils, seminars and other philatelic societies.

But the State Philatelic Commission has denied the petition to publish a stamp commemorating the Protestant Reformation in Spain.

In its first meeting of the year, the Philatelic Commission had postponed the decision until this month. This Commission, which depends on the Ministries of Public Works and Finance, met again recently, denying the request definitively. 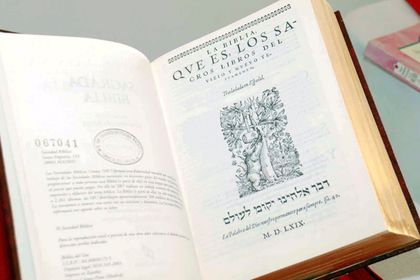 The reason given by the Commission for not granting the stamp is "the small amount of stamps released every year, which makes it impossible to grant all the numerous requests received. This requires a rigorous selection process, balancing the needs of postage and collecting, the commemoration of annual anniversaries over 25 years old, and external requests... and to offer the most accurate image of the rich plurality of the state.”

"We regret this decision which, it seems to us, lacks justification or reasons. Perhaps the reason is in the nature of the petition itself ", explained the coordinators of the evangelical initative. "It is not possible to consider the historical development of the last five centuries without considering the influence of the Protestant Reformation", they added.

“HISTORICAL MISTAKE”
They also lament that Spanish authorities ignore the protestant presence in Spain, "refusing to recognise that, 500 years later, with or without a commemorative stamp, Spanish Protestants maintain our commitment of fidelity and service to the God who promoted the movement of the Reformation."

The statement also regrets the "lack of literary sensitivity, because the seal we proposed, the cover of the Bible of the Bear, is a jewel of Spanish literature and is the Bible through which, for centuries, millions of Spanish-speaking evangelicals around the world have come to recognise the Sola Scriptura as the Word of God."

According to the signatories, it is a "historical mistake which shows how far we still are from the recognition of religious plurality and the equality of all before the public administrations of the state."

ONE LAST ATTEMPT
The coordinators of the project have presented an appeal to the Commission, asking them "to reconsider its decision". An extraordinary plenary session can be called, given the exceptional nature of the petition, in which the stamp commemorating the 500th anniversary of the Protestant Reformation in 2017, could be approved.