“People need to see that Christianity is not just another ideology”

The Church should “not be locked inside an institutional box”, says Jaume Llenas. Christians are now in the “margins of culture”, a new missionary context. 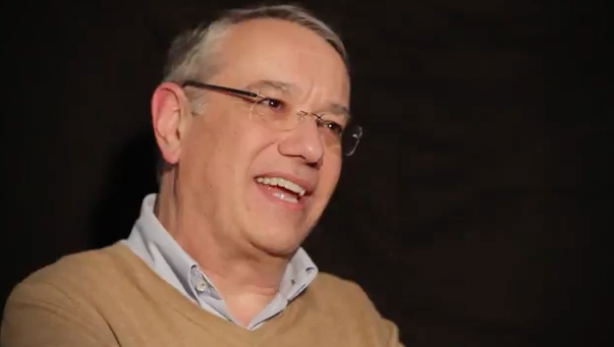 ‘Christendom’ as a culture is gradually disappearing in Europe. Jaume Llenas believes the Church in the new secularised environment is called to be a prophetic voice “from the margins of society.”

In an interview with Protestante Digital and Evangelical Focus, the church planter and secretary general of the Spanish Evangelical Alliance says the Church exists to “change the environment, not to justify it.”

Its mission, therefore, is to denounce evil and to communicate the truth of God, something necessary when the post-truth ideas threaten to completely “blur” the difference between good and evil.

The early Church shows the way to Christians living in the 21st century. Believers must know that the Gospel is called to “transform” society, “although that could bring suffering” to Christians.

Question. How have "institutional” models affected the Church in the past?

Answer. After Constantinism, there is a kind of alliance between the public-civil powers and the religious power. Somehow, religious power takes the form of Roman institutions to survive.
That has brought advantages, it has allowed the Church, for example, to build what we call Christendom. Christendom has provided a framework to change countries and environments. But the problem is, that sometimes it has been done at the cost of suppressing or corseting the living organism that it has within. The problem is to lock the Church inside a box, an institutional box.

In the end, all institutions work for their own to survival. The ultimate goal of an institution is its own survival. The life inside that box is complex, and, more often, the Church remains inside a corset in which it becomes difficult to fulfill the goal for which it was sent.

This goal has to do with fullfiling the mission of God. And the mission of God means to walk at the same pace as the Lord walks.
Sometimes that institution's function of preserving itself does not fit with the wild function of an 'animal' that cannot be contained therein, which has a totally different attitude. Somehow, we have a domesticated Church. A Church that does not respond to the goals, because it is trapped by institutional goals.

If we could get the Church out of the box that contains it, then all those issues related to the institution could be part of a toolbox for the Church. We should go back to the understand the Church as a living organism.

Q. Have Christians become comfortable to the point of losing their ability to suffer for the Gospel?

A. We have become used to Christendom, which has hidden the missionary environment of the Church. We are living in a time in which Christendom is disappearing little by little. In some places faster, in other places slower.

We live in a reality in which the Church is not at the center of the society, not even the institutional Church. We are in the margins. This marginal reality is not bad for the Church, because it exists for the margins of culture, it works better on the fringe of society.

We have lost the comfort of being the center, when our moral or political positions were not only accepted, but followed by the majority of the poeple - and those who did not conform to that were the ones who had to suffer.

Things have now returned to a completely missionary environment, in which the Church can no longer exist to preserve a "status", but must change the "status quo" of our society.

But there is a part of the Church that has not yet understood this new situation of transforming the society, criticising society, and performing a prophetic task from the margins.

A postition which also means that one cannot follow Christ without assuming the shame and reproach that it will bring. Both things are related. Of course, this does not mean that we are going to become people who seek suffering, but a Church that does not avoid suffering, when it comes to transform our environment.

Q. What role does opening our lives (our homes, etc.) play in creating relationships of trust with our non-Christian neighbours?

A. We have to assume that today there are millions of messages. More than at any other time in history, we have a waterfall. Someone said that the noise of the waterfall does not allow the individual messages to be heard.

We must create structures of credibility, because, as we said, we are on the fringe. We are somehow politically incorrect, so the only way to send a message is to do so from a credible structure.

That is possible when there is a coherence between the things you say you believe and the things you do. And when you allow people to come in and see that your faith is real.
People trust a Christian simply because he or she are a reliable person, and they also see that Christianity works. Nowadays, people have to see that Christianity is not just another ideology or religion, but Christianity provides real answers to real life situations.
There has to be a moment in which  people someone has to desire a change to become a Christian, a moment in which curiosity leads to a real change. But, in order to achieve that, people need to see that Christianity works better and gives better answers.
There are not so many models, there are not so many people living as Christians today. Therefore, people have to see it in your life.

How? Make them part of your life, let them see. When they look at me, they will see a lot of inconsistencies, each of us are totally contradictory people. But somehow they will see that in the midst of all that, there is coherence. Coherence does not mean perfection. But there is a consistent attempt of being who you say you are, assuming that that has drawbacks, and you are willing to take those inconveniences.

This unbends the environment. It makes the words "Christian", "Christianity", "God", "Jesus Christ", not sound like an aggression.

We have to prove that we are talking about something else. But it is not enough to do it with words, we have to do it by letting other people look into our lives. 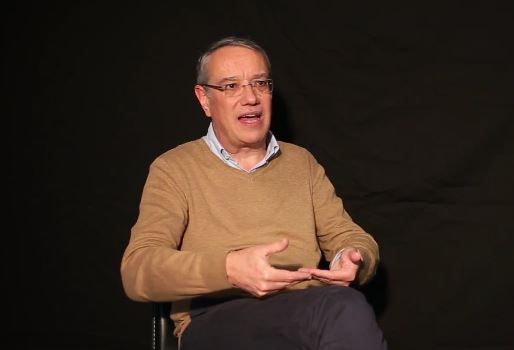 Q. Europe seems to be increasingly afraid of the 'different' and tends to rely on populist messages. What does the Gospel say to this?

A. Europe has always been a place where very different ideologies and people have lived together. Many different cultures and life perspectives coexist in a very small territory.

We have many Europes within Europe. Things are very different in Southern Europe than in Eastern Europe.

We have had different kinds of Christianity in Europe. The impact has been different in Catholic countries, Orthodox countries, or the Protestant. All of them have had a different history.

Thay is why Christians have to play the role they played in the past. We are here for the purpose of the mission. Mission means fighting against evil wherever you are. Christians have always had to face problems, as in the first centuries. For example, the story of the arrival of the gospel in Philippi or in Ephesus, where questions concerning economics were turned into issues that had to do with racial prejudices of the Romans against the Jews.

The Gospel has come to fight against any structure of evil. Therefore, in the spirit of Psalm 15, we must fight against evil and have an ethic, even when we “swear to our own hurt”, as the psalm says. We have come to change the environment, not to justify it.

The voice of Christians must be a prophetic voice, questioning issues that the rest see as normal. Christianity entered Europe when slavery was common, or when the role of women was minimal. And somehow, the challenge of Christianity has transformed what was normal in something intolerable.

We need the eyes of Jesus. Jesus looked at things from a kingdom perspective. Our perspective on the kingdom tends to change the way we look at reality, and leads us to fight against any form of evil.

Q. More and more polarised and angry emotional messages are shared on the social media. What should be our position towards the “post-truth”?

A. We could have foreseen the issue of 'post- truth'. Since the 1960s, the idea of 'truth' - which was a feature of Modernity - began to be questioned. In Modernity there was reason and lack of reason. There were black and white truths.

But Modernity failed to provide resources. We realise that what seemed undeniable (the Modern idea: "This is scientifically proven"), suddenly created monsters.

This “scientifically proven” world causes massive annihilations: World War II, genocides in many parts of the world, the suppression of cultural identities, etc.

In the midst of all this, we end up saying, "well, maybe the truth that you say fixes everything and solves everything, is not so true... maybe absolute truth does not exist at all."

Somehow, the Gospel was part of those structures of truth. It was preached as an absolute truth, without any nuances in it. And then we realise that even the gospel itself, although there are things that are very clear, admits our inability to fully know the truth, because we are affected by sin.

The truth exists, but the truth is in God, in Jesus Christ. We are not the truth, we cannot fully know it, and our approach is only partial. This is not relativism, but the realisation that we cannot understand all things. But, although it is true that we cannot fully know it and our understanding of the truth may be affected by evil, what has happened now is that the existence of truth has been denied. And this has tremendous spiritual implications.

The Word of God says that the devil is enemy of the truth, the father of the lie. And today, when we deny the truth, we are opening a path that cannot end well.

This is the problem we are facing. When we deny the existence of truth, there is no a way to distinguish good and evil. Evil is blurred, and everything is a bit true and a bit false.

'Post-truth' means that the truth is what makes me feel good. That will create many problems, because there are many things in the Gospel that make you feel bad, and this feeling is the basis on which we seek to find what can can solve the inner problem, sin. That solution is only the cross of Christ.

Watch this interview in video (Spanish)

Published in: Evangelical Focus - life & tech - “People need to see that Christianity is not just another ideology”