“We would be the 5th NGO in Spain, after the Catholic Church, the Red Cross, MSF and Aid in Action”, says Joan Grimá, author of the study "Social Action of Protestant NGOs and Churches in Spain." 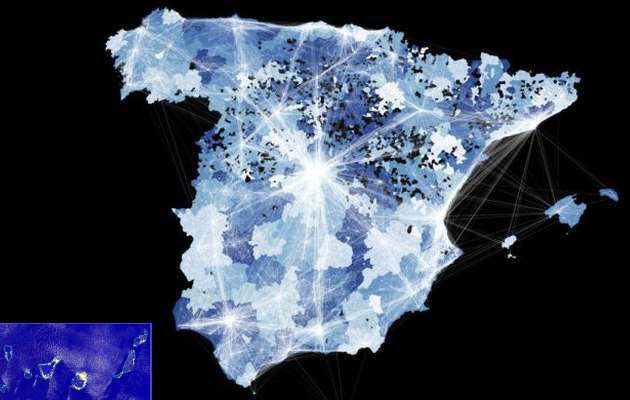 During the 8th Spanish Evangelical Congress, Joan David Grimá, PhD in business and economics, presented an extensive report on "Social Action of Protestant NGOs and Churches in Spain 2016", which shows the social work of evangelicals in Spain, who are helping a million people in the country.
Question. You have studied the evangelical social work. What led you to investigate in this area?
Answer. I was a little jealous seeing that the Catholic Church reported what they were doing, and being aware that there was a great work among the evangelicals, it seemed to me that if we put on paper what we do, it would show that it is something important for Spain.
Q. As you have shown, there is a big diversity among the social work done by evangelical organsations and churches.
A. The NGOs were created responding to what people were detecting, and the areas that need help. It has not been done uniformly, many churches and NGOs acted according to what they understood God was asking them to do at that moment.
That's why we find that there are people dedicated to such important issues as working with victims of sexual exploitation or sharing clothes with the needy.

Also those who work with women and men who leave prison to help them in their social integration, or those who go to schools to tutor those who need to pursue their studies.
As the needs become visible, we try to answer them. That is the great change of the end of the last century: what is distant became closer and what is strange became familiar.
Q. There are surprising figures. For example, the money invested in social work.
A. This is the fourth year that we make the report and the numbers follow a consistent line.

To understand it, we must bear in mind that there are 164 evangelical NGOs, ten of them big and important. They receive many contributions from third parties that allow them to work, and also from many churches.

In total, evangelicals have dedicated more than 64 million euros to social action in 2016. The 70% of it goes fully for these causes. That means that we would be the 5th NGO in Spain, after the Catholic Church, the Red Cross, Doctors Without Borders and Aid in Action.

This money mostly comes from members of the churches, friends of the Protestants, and people who give altruisticly (80% comes from those sources). The rest comes from private or public institutions. 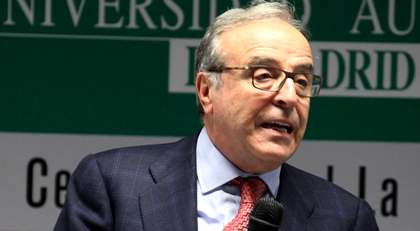 Q. That is very satisfying because it confirms the vitality and commitment of the believers with the reality of those around us.

A. Our social action reaches a million people in Spain and 700,000 abroad. On the one hand , it is surprising to see how much help is needed, but it allows us to develop our Christian quealities. Spain is ecoming more socially just.

I remember two years ago, when the church I attend in the centre of Madrid decided to open at noon to feed the children of the neighborhood, because the canteens of schools had closed.
It was a complicated issue because the regulations did not allow us to prepare the food, so we delivered it prepared in advance.

I will always remember a boy who ate half of the food, and took away the rest. He told us that he did it for his mother, so that he had something to eat. This need is sad, but it is nice to be able to respond.
Q. Has generosity continued, despite being in a time of crisis?
A. Yes, and think for a moment about the NGOs that are working outside Spain. For example, those who work with refugees entering Europe and are in refugee camps where everything is missing. There are Spanish NGOs there.

When they ask for some money, we give them. There is an answer. The crisis limits giving more, but people continue to help.
Q. Is there anything else you want to add?
A. Doing this study reconciles you with the human being, when you find thousands of people who want to support others. The human being is wonderful, the willingness to help gives you tremendous joy.
It fulfills what Jesus said, that it is more blessed to give than to receive. It's wonderful when that happens.