Tim Keller: the meaning of ‘evangelical’ has “changed drastically”

“In popular usage, the word is nearly synonymous with hypocrite”, writes the well-known pastor in an article for The New Yorker magazine. 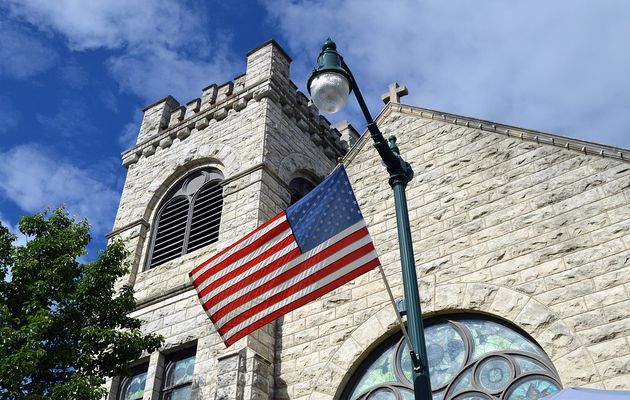 A church in the US. / Pixabay.

Keller started his article explaining how the term ‘evangelical’ has been used throughout the history of Christianity.

“For centuries, renewal movements have emerged within Christianity and taken on different forms and names. Often, they have invoked the word ‘evangelical’. Followers of Martin Luther, who emphasized the doctrine of salvation by faith alone, described themselves in this way”.

The Cambridge clergyman Charles Simeon, who led the Low Church renewal movement within the Church of England, the trans-Atlantic eighteenth-century awakenings and revivals led by the Wesleys were also called ‘evangelical’.

Additionally, “Billy Graham and others promoted the word to describe themselves and the religious space they were seeking to create between the cultural withdrawal espoused by the fundamentalist movement, on the one hand and mainline Protestantism’s departures from historic Christian doctrine, on the other”.

“A SET OF BASIC HISTORIC BELIEFS”

Keller believes that although “in each of these phases, the term has had a somewhat different meaning, it keeps surfacing because it has described a set of basic historic beliefs and impulses”.

The theologian recalled that “in the early nineteen-seventies, there was such great energy in the movement that, by the mid-nineteen-nineties, it had eclipsed mainline Protestantism as the dominant branch of the Christian church in the US.”

Today, “while the name is no longer unfamiliar in my city, its meaning has changed drastically. The conservative leaders who have come to be most identified with the movement have largely driven this redefinition”.

According to Keller, “political pollsters have also helped, as they have sought to highlight a crucial voting bloc”.

“When they survey people, there is no discussion of any theological beliefs, or other criteria. The great majority of them simply ask people, ‘Would you describe yourself as a born-again or evangelical Christian?’. And those who answer ‘yes’ are counted”. 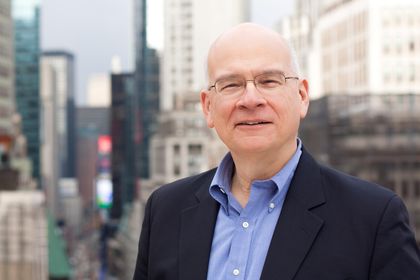 Because more than 80% of such people voted for Donald Trump, and a similar percentage cast their ballots for Roy Moore, in the Alabama Senate race, “in common parlance, evangelicals have become people with two qualities: they are both self-professed Christians and doggedly conservative politically”.

“Evangelical used to denote people who claimed the high moral ground; now, in popular usage, the word is nearly synonymous with hypocrite. When I used the word to describe myself in the nineteen-seventies, it meant I was not a fundamentalist. If I use the name today, however, it means to hearers that I am”.

He quoted the historian David Bebbington, who distinguishes evangelicals from other religions and Christians by a core set of beliefs.

According to Bebbington, Evangelicals have “generally believed in the authority of the whole Bible, in contrast to mainline Protestants, who regard many parts as obsolete. They also see it as the ultimate authority, unlike Catholics, who make church tradition equal to it”.

In addition, “the Apostles’ Creed and the Nicene Creed, as well as others, are taken at face value, without reservation. And, unlike many in mainline Protestantism, evangelicals believe that Jesus truly did exist as the divine Son before he was born, that he actually was born of a virgin, and that he really was raised bodily from the dead”.

Another definition of evangelical “is the belief in the necessity of conversion, which comes not merely through church attendance or general morality, but only through faith in Christ’s sacrificial death for sin”.

Keller pointed out that “in many parts of the country, Evangelicalism serves as the civil or folk religion accepted by default as part of one’s social and political identity”.

In other words, “the political is more defining than theological beliefs, which has not been the case historically. And, because of the enormous amount of attention the media pays to the Evangelical vote, the term now has a decisively political meaning in popular usage”.

However, “there exists a far larger evangelicalism, both here and around the world, which is not politically aligned. In the U.S., there are millions of evangelicals spread throughout mainline Protestant congregations, as well as in more theologically conservative denominations”.

“Most significantly, the vast majority of the fast-growing Protestant churches in Asia, Latin America, and Africa all share these same beliefs. And in the U.S., while white Evangelicalism is ageing and declining, evangelicalism over all is not”, Keller added.

He explained that in cities like New York City “scores of churches begun over the last fifteen years that are fully evangelical by our definition, only a minority of which are white, and which are not aligned with any political party”.

“In my view, these churches tend to be much more committed to racial justice and care for the poor than is commonly seen in white Evangelicalism. They look, to most eyes, like a strange mixture of liberal and conservative viewpoints, although they themselves see a strong inner consistency between these views”.

Keller said that some religion scholars have found that “the desire by mid-twentieth-century leaders to foster more widespread cooperation between evangelicals and downplay denominational differences cut believers off from the past”.

“The result was an emphasis on personal experience rather than life in a church with historical memory. This has made present-day evangelicals more vulnerable to political movements that appeal to their self-interest, even in contradiction to Biblical teachings”.

IS THE TERM ‘EVANGELICAL’ USEFUL?

Keller wondered if the term ‘evangelical’ has an ongoing usefulness. “For now, the answer may be no”, he pointed out.

“These new urban churches are certainly not mainline Protestant, yet they don’t look at all like what the average person thinks of by the term ‘evangelical’ ”

The well known author emphasised that “what is crucial to know is that, even if the name ‘evangelical’ is replaced with something else, it does not mean that the churches will lose their beliefs”.

“The same thing may be happening to evangelicalism. The movement may abandon, or at least demote, the prominence of the name, yet be more committed to its theology and historic impulses than ever”, he added.

Although “some predict that younger evangelicals will not only reject the name but also become more secular, that is not what I have been seeing here in New York City”, Keller wrote.

In fact, “studies indicate that religious denominations that have become more friendly to secularism are shrinking precipitously, while the evangelical churches that resist dilution in their theological beliefs and practices are holding their own or growing”.

“If evangelicals, or whatever they will call themselves, continue to become more multi ethnic in leadership and confound the left-right political categories, they may continue to do so”, Keller concluded.

Read the full article of The New Yorker here.