“The church plays an important role for people with Asperger syndrome”

Adrián Gurpegui shares about what he learned with his son. “It is difficult for them to relate to others, but that does not mean that they want to be alone”. 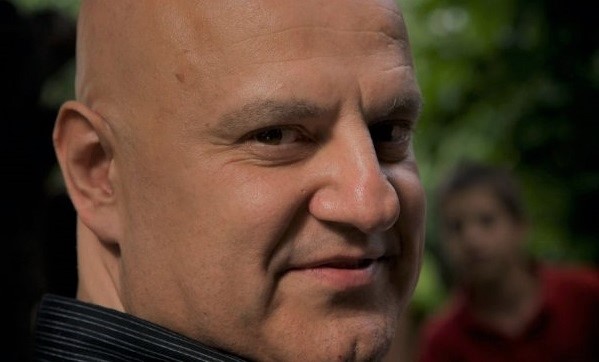 Adrián Gurpegui had a son with Asperger's Syndrome. / Samuel Crespo

Although Asperger syndrome was first described more than 70 years ago, it was not until the eighties that it became known among psychiatrists.

Today, it is still an unknown concept for many, and the syndrome is often not diagnosed correctly.

“When I hang a poster of the concert we are organising, people ask me what Asperger actually is”, Adrián Gurpegui, told Spanish news website Protestante Digital.

The concert “is not about collecting funds, which could be fine, it's just about explaining this reality and helping families to identify with the testimonies that are going to be shared”, he explains.

The people with Asperger deal with a great difficulty to establish social relationships in daily life. Tasks as seemingly simple as having a conversation become complicated -unless it is about a subject they are passionate about.

“In the case of my son, his interest was geography, studying maps, flags or capitals; if you did not talk about that topic, his answers could become much shorter. He was comfortable being by your side, but his mind worked differently”.

Asperger appeared in Gurpegui's family with the birth of their son, Alex. Suddenly, the family had to dig into this so little known disorder.

The social difficulties of those with Asperger and their very special and unusual interests are barriers to overcome during the adolescence, a stage in which feeling part of the group is very important.

Resarch directly links the suffering of some type of autistic disorder to rejection in school, loneliness and bullying.

“It is difficult for them to relate to others, but that does not mean that they want to be alone; the church can help a lot in this area”, says Gurpegui. It was very good for his son to be integrated in a Christian community with young people who were his friends.

Local churches should work in ministries that could help young Aspergers to be accompanied “not occasionally, but with people who know them, understand them, who would spend a whole weekend with them”.

People with Asperger see reality through other eyes, and this can lead to one of the main dangers: depression. Some causes are the fact that others cannot fully understand their reality, loneliness, and the difficulties to communicate.

Adrián's son “had always been outstanding in primary school and in secondary school”, but a series of events made him fall into a depression.

Detecting depression in an Asperger is not easy. A very serious consequence are suicidal thoughts or attempts.

According to studies, about 70% of people with Asperger have thoughts about suicide, compared to 20% of the general population.

“There came a point at which Alex decided to take his life. He left us a beautiful letter, and I thank God for those twenty years that the Lord gave us with him”, Adrián recalls.

SOUL AND GOSPEL TO RAISE AWARENESS

The concert Gurpegi is organising will take place on February 17 at the United Church of Terrassa, a city of Catalonia (Spain).

It aims to guide parents who are “disoriented, as much as we were”, to hear testimonies from people living with this disorder - not just cold clinical descriptions. During the event, people will also be able to ask questions, contact associations, and just spend time with people who have a different mind.

Bands will play soul, funk, gospel and country music, for free. The choir of the secondary school where Alex studied will also perform during the day. 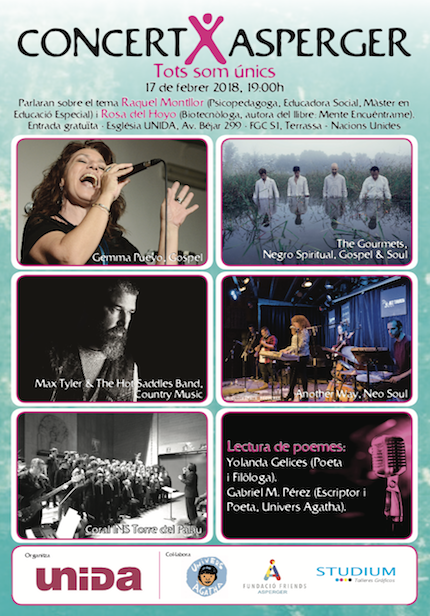