Mission to nominal Christians is an urgent priority, the Lausanne Movement says

“One third of the world call themselves ‘Christians’, but a significant proportion of them are missing... Something has to change!”, the statement of the 2018 Global Consultation on Nominal Christianity reads. 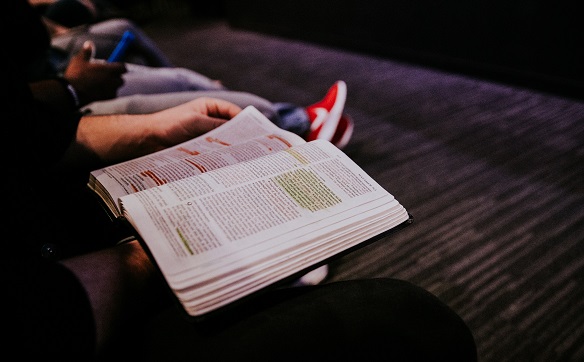 The Lausanne Movement has issued a document on nominal Christianity after forty theologians, missiologists, social scientists, and mission practitioners from all regions of the world came together in Rome in March 2018.

Nominal Christianity was one of the key missional challenges identified in Cape Town 2010, the third global Lausanne Movement congress (after Lausanne 1974 and Manila 1989).

The 2018 Lausanne Global Consultation on Nominal Christianity defined nominal Christians in the following terms: “People who identify with a Christian church or the Christian faith, but are in contradiction with basic Christian principles with respect to becoming a Christian, faith, beliefs, church involvement, and daily life”.

MISSING FROM CHURCHES, MISSING THE JOY OF KNOWING GOD

“Something has gone terribly wrong”, the document says in its introduction. “One third of the world call themselves ‘Christians’, but a significant proportion of them are missing. Many of them are missing from our churches. Many others are present, but are missing out on the joy of truly knowing and following Christ. Something has to change! Mission to nominal Christians is too often missing from the agenda of the global church and its leaders”.

The Lausanne Movement emphasises “conversion to Christ” as fundamental to Christian faith. “Without repentance and faith in him, turning from sin, trusting him alone for our salvation and transformation, and obeying him as Lord, there is no authentic Christianity”.

The authors realise that “nominal Christianity has contributed to a negative reputation of the Christian church, including such demanding realities as secularization, moral confusion, racism, colonialism, and prosperity theology”.

NOMINAL CHRISTIANS IN EVERY CONTEXT

“Nominal Christianity may take different shapes in majority Protestant, Catholic, and Eastern and Oriental Orthodox contexts, and in places where Christians are a minority”. 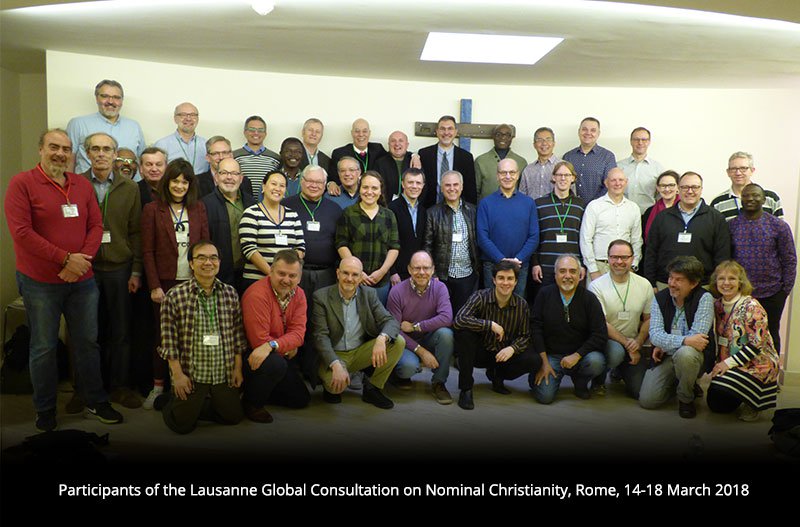 But also among evangelical Christians, it is a challenge. “We realize that the missiological challenges of reaching out to nominal Christians with the gospel of Jesus Christ also apply to situations and contexts where evangelical Christianity is a majority or a significant presence in society. This is true in the West as well as in the Global South, and in historic churches as well as in younger ones, including immigrant churches and people on the move”.

The document includes a call to confession and prayer, which starts by admitting that “we have overlooked the nominal Christians in our midst” and calls to “pray for a spiritual awakening of nominal Christians”.

Holistic discipleship, clear and bold Bible proclamation, and church planting and church renewal, are three of the actions local churches should prioritise, the document says.

Watch a summary video of the March 2018 Rome consultation: