A think tank analysed the programme of last year’s Swedish LGBT festival and found an alarming collision with public health policies. Per Ewert of the Clapham Institutet says the findings show the ‘colourful darkness’ of the movement. 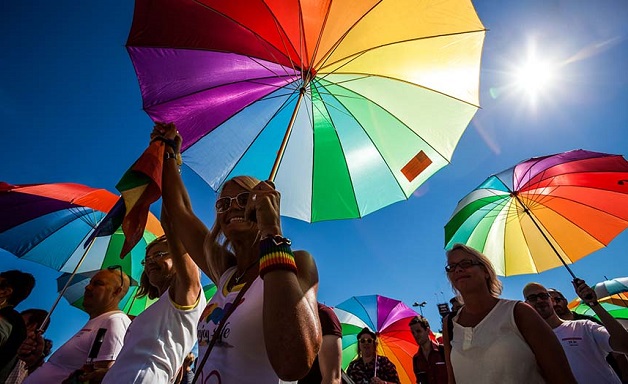 For ten days, the big LGBT “EuroPride 2018” festival will fill the streets of Stockholm (Sweden) with rainbow flags and all kind of pubic activities.

Between 27 July and 5 August, tens of thousands from across the continent will gather under the slogan: “For a United Europe, open to the world”.

But what values are behind the LGBT movement? The Swedish think tank Clapham Institutet looked into the details of the Stockholm Pride by “performing a study of their online programme in 2017”.

The 38-page report (in Swedish, read abstract in English here) has been published and shared with the media under the title ‘The Colourful Darkness’.

The findings show that violence and the consumption of drugs were openly promoted during Pride, a reality that “works against the goals of public health” of the government, explains Per Ewert, Director of Clapham Institutet.

During Pride 2017, prostitution was presented in a positive light, clearly colliding with the country’s efforts to put and end to the sexual exploitation of women through anti-sex trafficking legislations (the known as ‘Nordic Model’).

The authors hope the report will help to draw a real image of a movement that has received much praise in the last years: “No sponsor, opinion maker or politician can say that they didn’t know”, Ewert says.

Per Ewert explained more details about the report ‘The Colourful Darkness’ in answers to Evangelical Focus. 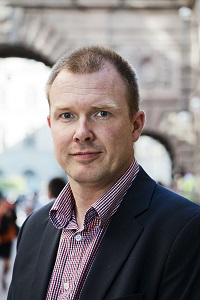 Question. As a Christian think tank, why did the Clapham Institute decide to analyse the contents of the 2017 Stockholm Pride in depth?

Answer. Stockholm Pride is one of Sweden’s largest events, but when we began to look into the matter, we found to our surprise that no study had ever been done on the content of the festival. The things we found in the program was far worse than we expected, and that made it all the more important to do this analysis.

Q. One of the conclusions of your study is that negative terms such as “violence”, “chemsex” and “dominance” are portrayed in a very positive manner. What does this tell us about the values of the LGBT movement?

A. In the Pride programme, it becomes apparent that Pride does not focus on the positive values that the popular view of the festival indicates. On the contrary, it reveals clearly an ideology of radical individualism, especially when it comes to sexuality and gender.

To break norms and counter any kind of authority becomes an inherent good, and this results in these dramatic consequences that even violence and drugs becomes something positive in the world of Pride.

Q. The study concludes that Swedish authorities should rethink their support for Stockholm Pride, as it is a “far from reliable partner in public health”. How did you come to this conclusion?

A. We took our point of departure in Swedish official reports on public health, which showed that mental illness, drugs and self-harm are real, and growing problems in society. The National Board of Health and Welfare declared that all parts of society must work together to counter these problems. These content in the Pride program show that they actually work against these goals for public health. That is also why we have stated that no mature part of society ought to sponsor Pride.

Q. Would you argue that the LGBT movement in Sweden promotes prostitution?

A. RFSL, Sweden’s dominating LGBT organization, has for years tried to abolish the Swedish prohibition of prostitution. This summer, Stockholm Pride gives this matter an even stronger focus, by arranging a seminar with a new organization called “Fuckförbundet” (a play of words with the Swedish word for “trade union” – fackförbundet), who openly endorses prostitution.

Q. How have the media reacted to your report? Some might say your report is biased and anti-LGBT. What do you respond?

A. The main strategy seems to have been to silence it to death. To our surprise, though, the Pride chairman agreed to meet me in live debate on national radio. For perhaps the first time ever, the host asked the critical questions to the Pride representative, instead of me. This was a positive surprise, but also had the result that Pride withdrew from a debate on national television two days later.

Our report is definitely not anti-LGBT. To be sure, we are very critical towards Pride itself, which is not the same thing. We have been very clear that our perspective is not sexual ethics, but public health.  Here we would say that Pride itself is the real threat to people in this group, as the festival creates and promotes an environment with such darkness and health risks for people in the LGBT sphere, who are often already in a vulnerable situation. Our hope with this report is to reveal the truth of what Pride themselves present, so that no sponsor, opinion maker or politician can say that they didn’t know, and obviously also to help people within the LGBT community avoid getting caught in this darkness.

Q. As this year’s “EuroPride” starts, do you see similar alarming connotations in the programmed events ahead?

Therefore, we wish to continue to display the actual content of the Pride movement, to show people and society what the rainbow flag actually represents, so that everyone who is critical towards prostitution, drug use and the other destructive elements in the Pride festival decide to withdraw their often naïve and uninformed support. Instead, they could redistribute this support to other organizations with a more dignified and better strategy for public health.

Learn more about the Clapham Institutet by visiting its website.

Published in: Evangelical Focus - life & tech - “Even drugs and violence become something positive in the world of Pride”