August 22 is the International Day commemorating the victims of acts of violence based on religion or belief. More than 4000 Christians were killed in 2018 because of their faith. 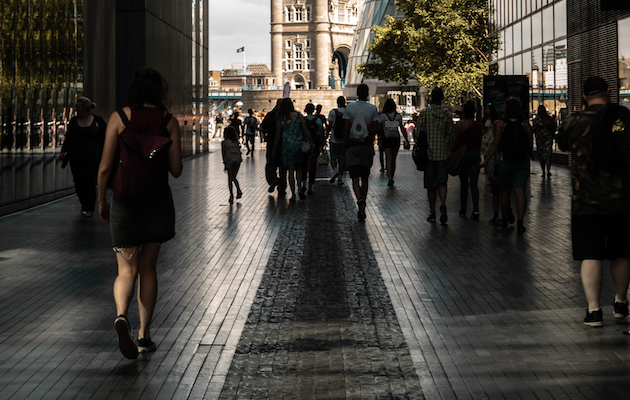 Last May, the UN General Assembly approved by consensus a resolution to designate August 22 as the International Day commemorating the victims of acts of violence based on religion or belief.

The Secretary General of the UN, Antonio Guterres, in a message to commemorate the day, said that “We have seen a rise in attacks against people targeted because of their religion or belief”.

“The world must step up to stamp out anti-Semitism, anti-Muslim hatred, the persecution of Christians and other religious groups. We all have a responsibility to look out for each other”, he pointed out in twitter.

We have seen a rise in attacks against people targeted because of their religion or belief.

The world must step up to stamp out anti-Semitism, anti-Muslim hatred, the persecution of Christians and other religious groups.

We all have a responsibility to look out for each other.

UN: “STATES HAVE AN IMPORTANT ROLE TO PLAY IN PROMOTING RELIGION TOLERANCE”

In a statement marking this first International Day, a group of UN independent experts “urge States to step up their efforts to combat intolerance, discrimination and violence against people based on religion or belief, including against members of religious minorities and people who are not religious”.

“States have an important role to play in promoting religious tolerance and cultural diversity, by promoting and protecting human rights, including freedom of religion or belief”, the statement reads.

The experts stress that “religion or belief should never be used to justify discrimination. When faced with religious persecution or discrimination, victims are often also deprived of their right to participate fully in political, economic and cultural life, as well as their rights to education and to health”.

“This can include the desecration and destruction of numerous cultural heritage sites of rich historic and religious value, such as places of worship and cemeteries”, they add.

MOGHERINI: “JOINT WORK TO COMBAT IT”

The European Union’s foreign policy chief, Federica Mogherini, has also issued a declaration on the occasion, stating that “persecution as a response to religious belief or affiliation, or lack thereof, is a violation of international law and requires joint work to combat it”.

“On this first International Day, we pay tribute to all those around the world who lost their lives and suffered attacks because of their religion or belief. There were many tragic extremist attacks during the last year”, she pointed out.

The European chief warns that “marginalisation and scapegoating of persons belonging to religious minorities can be an early warning sign of more severe persecution, as well as a wider crackdown on the whole society”.

JAGLAND: “NO ONE SHOULD SUFFER VIOLENCE DUE OF THEIR FAITH”

Meanwhile, Thorbjorn Jagland, Secretary General of the Council of Europe, said that “no-one should ever suffer violence due of their faith or beliefs”.

“Freedom of thought, conscience and religion is a human right enshrined in the European Convention on Human Rights. Governments across Europe have a legal duty to uphold it”, his adds.

“August 22nd is the day on which to remember the tragic victims of hate in Europe and around the world. It is also an opportunity for all of us to demand an end to such violence with societies based on peace through dignity and mutual respect”.

According to Open Doors, over 4,100 Christians were killed across the 50 countries that appear in its 2019 World Watch List of countries where persecution is the worst, with 3,700 of those victims being in northern and central Nigeria alone.

“Today we will remember all those who have been attacked because they are deemed to be the 'wrong' religion or refused to deny their faith. Sadly, we know that many killings go unreported because victims’ relatives are too scared to speak up”, a spokesperson from Open Doors UK and Ireland said.

Published in: Evangelical Focus - life & tech - EU and UN pay tribute to victims of violence based on religion