What is this football star doing in a swimming pool?

“How wonderful to live with you Lord, thank you for loving me so much and taking care of me!”, wrote Paris Saint-Germain football star David Luiz. 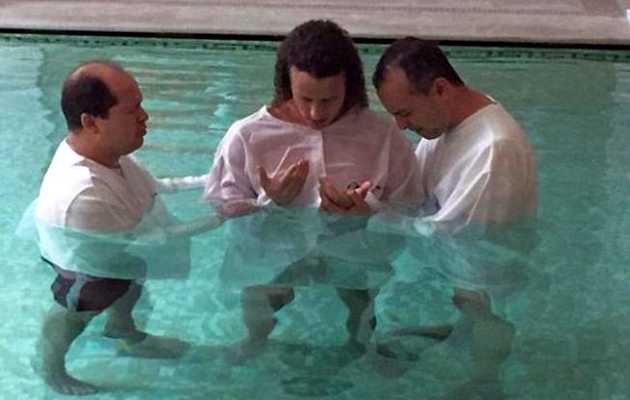 Paris Saint-Germain defender David Luiz, has been in the spotlight of social media this week after posting a photo of his baptism as evangelical Christian onto his Instagram account.

The former Chelsea player was baptised in the swimming pool of club team-mate Maxwell, and is now a member of Hillsong Church in Paris. In the photo he wrote: “I have chosen to wait” to confirm that he has vowed to abstain from sex with his girlfriend Sara Madeira until they get married.

He then quoted a bible verse from Corinthians on the social media platform: “Therefore, if anyone is in Christ, he is a new creation. The old has passed away; behold, the new has come. (2 Corinthians 5:17).”

And he wrote: “How wonderful to live with you Lord, thank you for loving me so much and taking care of me! My life is yours, and I am your servant. May you always be in the centre of all my decisions. I love you God. Amen!.”

A CAREER OF FAITH AND SOCCER

David Luiz has always talked about his Christian beliefs: “My faith has given me strength and inspiration to go out and perform and improve as a player”, he said last year. 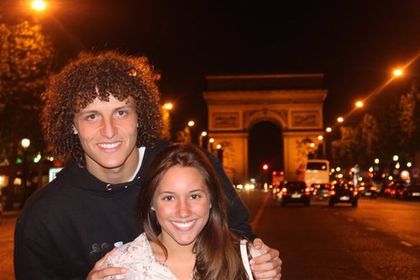 “They told me I was not good for soccer, because I would never grow enough, but I keep fighting, and I worked hard to be better.” So he moved to Bahia to play, and began his career at 19 in Vitoria.

In 2007, he was transferred to the Portuguese team Benfica. Step by step, he gained the respect of his teammates, the team won the championship and he was pointed the best player of the league. At the end of 2011, he signed a new contract with the Premier League’s team, Chelsea.

Right now, he plays in the League 1 of France, and his team, Paris Saint- Germain, won  the championship last weekend. There are other evangelical Christians in the team, like Maxwell, Thiago Silva and Edison Cavani.

The defender met his girlfriend Sara when they were teenagers, and both now say they have decided not to have sex until they are wed, following the steps of other soccer players who did the same before, like the brazilian Kaka.

Published in: Evangelical Focus - life & tech - What is this football star doing in a swimming pool?