Better access to technology does not improve students’ grades

OECD study shows “there is no single country in which the internet is used frequently at school by a majority of students and where students’ performance improved”. But that should be no excuse not to use technology. 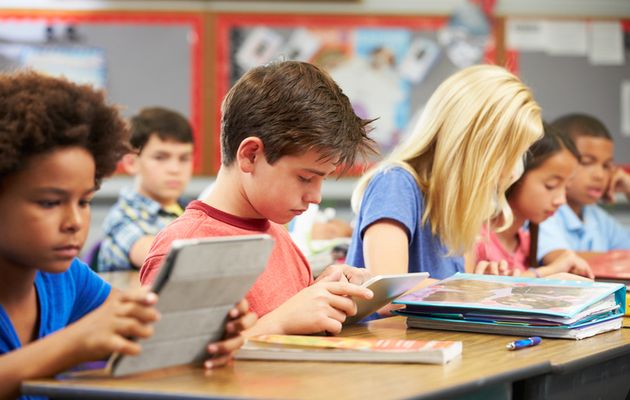 Students who use computers very frequently at school get worse results.

According to the OECD study “Students, Computers and Learning: Making The Connection” , even countries which have invested heavily in information and communication technologies (ICT) for education have seen no noticeable improvement in their performances in PISA results for reading, mathematics or science.

The report from the Organisation for Economic Co-operation and Development examines the impact of school technology on international test results, such as the Pisa tests taken in more than 70 countries and tests measuring digital skills.

The study found that the gap between advantaged and disadvantaged students in digital reading was very similar to the differences in performance in the traditional PISA reading test, despite the vast majority of students using computers whatever their background.

This suggests that to reduce inequalities in digital skills, countries need to improve equity in education first.

OECD believes that “ensuring that every child reaches a baseline level of proficiency in reading and mathematics, will do more to create equal opportunities in a digital world than solely expanding or subsidising access to high-tech devices and services.” 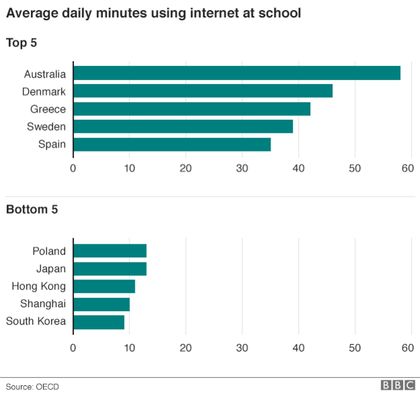 “School systems need to find more effective ways to integrate technology into teaching and learning, to provide educators with learning environments that support 21st century pedagogues and provide children with the 21st century skills they need to succeed in tomorrow’s world”, said Andreas Schleicher, OECD Director for Education and Skills.

To evaluate their digital skills, the test required students in 31 countries and economies to use a keyboard and mouse, to navigate texts by using tools like hyperlinks, browser button or scrolling, in order to access information, as well as make a chart from data or use on-screen calculators.

After the tests, the study showed that:

ASIAN COUNTRIES, AT THE TOP OF ONLINE EDUCATION

Top performers were Singapore, Korea, Hong Kong-China, Japan, Canada and Shanghai-China. This reflects closely their performances in the 2012 print-reading test, suggesting that many of the skills essential for online navigation can also be taught and learned using standard, analogue reading techniques.

But the report reveals striking differences. Students in Korea and Singapore perform significantly better online than students in other countries with similar performance in print reading, as do students in Australia, Canada, Hong Kong-China, Japan and the United States.

In contrast, students in Poland and and Shanghai-China – both strong performers in print reading – do less well transferring their print-reading skills to an online environment.

Among the seven countries with the highest level of internet use in school, it found three experienced "significant declines" in reading performance: Australia, New Zealand and Sweden. And three more had results that had "stagnated": Spain, Norway and Denmark.

The countries and cities with the lowest use of the internet in school - South Korea, Shanghai, Hong Kong and Japan - are among the top performers in international tests.

The OECD’s education director Andreas Schleicher stated that school technology had raised "too many false hopes".

“Investing heavily in school computers and classroom technology does not improve pupils' performance”, he added. Annual global spending on educational technology in schools has been valued at £17.5bn.

"One of the most disappointing findings of the report is that the socio-economic divide between students is not narrowed by technology, perhaps even amplified", commented Mr Schleicher.

He said making sure all children have a good grasp of reading and maths is a more effective way to close the gap than "access to hi-tech devices."

He warned classroom technology can be a distraction and result in pupils cutting and pasting "prefabricated" homework answers from the internet.

The study shows "there is no single country in which the internet is used frequently at school by a majority of students and where students' performance improved".

But Mr Schleicher also affirmed that the findings of the report should not be used as an "excuse" not to use technology, but as a spur to finding a more effective approach.