Noah was prepared to engage in a 100-year building project on the basis of a warning from God about things that he had not seen and could not yet see. 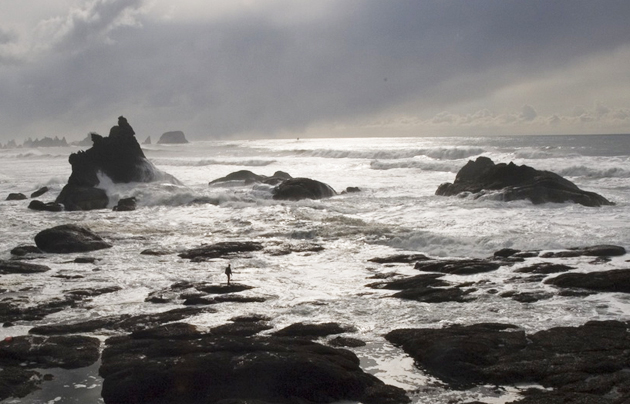 In English we have a saying, “Seeing is Believing” - and that is certainly a creed of our materialistic age. Yet I well recall my father often telling me one of the sayings of his mother – who I never knew because she died before I was born - “Believe nothing you hear and half of what you see”.

Maybe this is a bit cynical, but it has a point. If I and 20 other people were to witness a road accident today, I can guarantee that all of our 21 accounts would be different in some way. Some people would have highlighted certain details that others had missed; and in some cases there would be flat contradictions between two different accounts.

With the passage of time, it is even harder to recall what we have seen. I remember once in Belgium witnessing a very straightforward road accident where a car knocked a rider off his bicycle. Yet five months later when the police asked me to make a witness statement, I found that some of the details of this apparently simple event had become surprisingly cloudy. However, so many of us still say that we will only believe what we can see – with our limited vision!

What is seen is only temporary, but what is unseen is eternal (2 Corinthians 4:18). So, if we live life on the basis only of what we can see, we lose its eternal perspective.

Indeed, as with many people in Western Europe today, we will go as far as convincing ourselves that there is no eternal perspective, even though so many of the things that are important in our lives are in themselves invisible: love, hate, fear, joy, peace of mind, anxiety – we see only their effects, not the phenomena themselves.

What does all this have to do with Noah? You can read his story in Genesis, chapters 6-9 – the first major Biblical character after Adam and Eve to occupy several chapters.

Noah is a character who perpetually fascinates us human beings: a quick internet search revealed at least six films and TV programmes made about him in Britain and America over the past 20 years. Maybe only Jesus could rival that!

In the Bible Noah is commended for being a man of faith, because “when warned about things not yet seen, he built an ark to save his family” (Hebrews 11:7). It had never even rained up to that time (see Genesis 2:6); but Noah was prepared to engage in a 100-year building project on the basis of a warning from God about things that he had not seen and could not yet see.

The people around him thought that life would  go on forever as it was, eating and drinking, marrying and giving in marriage (see Matthew 24:38).

They were like the Christmas turkey that for 99 days is fed copious amounts of food to fatten it up, thinks life is wonderful, that it will never end. Then on Day 100 comes the chop – unforeseen, unanticipated, unwelcome – but real nonetheless.

That is Noah's challenge for us today. Are we living our lives as if everything will always carry on as it is now? Or are we alert to God warning us about something that we cannot yet see but will one day become reality? Can we in the West – and maybe in your country too – carry on turning our backs on God indefinitely, despite all the good things that he has given us, without him intervening?

The global recession which began in 2007 was a wake-up call to us. But instead of looking for the unseen root causes, we humans have mostly tried to use our ingenuity to get back into a situation of economic growth.

The stakes are very high. Those who ignored Noah's warnings “knew nothing about what would happen until the flood came and took them all away. And that is how it will be at the coming of the Son of Man (and this refers to much more than Jesus' second coming)” (Matthew 24:39). “So be on guard! Be alert! You do not know when the time will come” (Mark 13:33).

“But you, brothers and sisters, are not in darkness so that this day should surprise you like a thief” (1 Thessalonians 5:4). Like Noah, let us listen for God's warnings about unseen things so that we will be prepared for whatever the future may bring.