Like Hagar, Paul, and Jesus, we may sometimes need to take the way of powerlessness in order to experience the power of God in our lives. 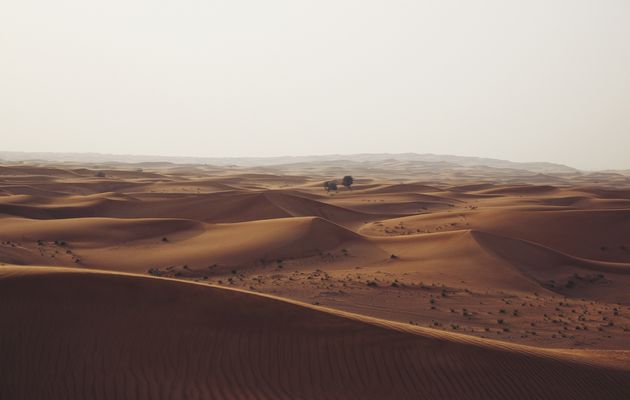 Have you ever felt that you were in a position of powerlessness? That things were going on around you that affected you deeply, but you had no control over them whatsoever? That you were caught up in the cogs of a large machine, the cogs were turning, but you could do nothing to stop them or change their speed? It’s the most horrible feeling, when you sense that other people are mapping out your life for you and you can do nothing about it.

That was the position of Hagar. You can read her story in Genesis 16 and 21. She was a slave, which meant that she had no power, even over her own life.

Her status is shared today by 30 million people living in conditions which amount to slavery (according to the Borgen Project) – 22% of them are slaves to meet the sexual desires of others. Yet, as personal maidservant to Sarah, the wife of an immensely powerful and influential man, she led a privileged existence in relation to many women of her day.

And that relatively comfortable life would probably have continued until the end of her life, had Sarah not had an idea. Her husband Abraham had come home one day and told her that God had appeared to him and told him that he would have a son and heir, which all seemed a bit far-fetched, given that they had no children and she was over 70 years old.

Time went on and nothing happened, so she figured that maybe God intended Abraham to have a son through another woman in their household, one of child-bearing age – for children born to a slave were the property of the slave's master. So she gave her maidservant Hagar to him and said, “Sleep with her and raise up a family for me.”

Hagar had no say in the matter, though she was probably quite flattered to have intimate relations with such a powerful man. She became pregnant, but that is where Sarah’s script started to unwind.

Instead of being faithful to her mistress, Hagar began to despise her. So Sarah began to mistreat her; and when this became unbearable, and Hagar maybe feared for the safety of her unborn child, she looked for a way out and she ran away.

That is where God comes into the picture again. As an Egyptian, Hagar had probably not given too much thought to him, so it must have been a big surprise when he sent an angel to her while she was sitting by a spring in the desert, wondering what to do next.

She was even more surprised, no doubt, when he told her to go back to her mistress and submit to her, returning to her position of powerlessness; but he qualified this with a promise that she would have a son – and he would be no ordinary man!

So Hagar gave birth to Ishmael. Even though they both ended up being thrown out of Abraham’s household and very nearly died of thirst in the desert, the Lord fulfilled his promise that he would make Ishmael a great nation (Genesis 21:18); and he has indeed become the father of all the Arab nations.

Powerless Hagar has become the mother of millions and millions of people today.

When we feel that we are in a position of powerlessness, our most obvious course of action is either to find some way to assert ourselves, as Hagar did by despising Sarah’s barrenness, or to run away from the situation, as Hagar did too. But neither of these may be God’s way.

I remember one New Year being in a very uncomfortable job situation where I felt powerless and saying to God, I’m getting out of here into another job. Straight away I felt him say – and it hit me with such conviction – “Fine, but it’s not my best for you.” I’m glad I obeyed him in this, for 6 months and a lot of submission later, opportunities for another job opened up that I could not have imagined.

Paul knew what it was to be powerless: flogged, beaten, in prison, shipwrecked, hungry, thirsty, naked, sleepless (read 2 Corinthians 11:21-33). But the Lord said to him, “My grace is sufficient for you, for my power is made perfect in weakness” (2 Corinthians 12:9).

And Jesus “was led like a lamb to the slaughter, and as a sheep before her shearers is silent, so he did not open his mouth” (Isaiah 53:7). And we too “for Christ’s sake are put to death all day long; we have been considered as sheep to be slaughtered” (Romans 8:36).

That sounds pretty powerless! Like Hagar, and Paul, and Jesus, we may sometimes need to take the way of powerlessness in order to experience the power of God in our lives.