An analysis of the 1541 Colloquy of Regensburg. 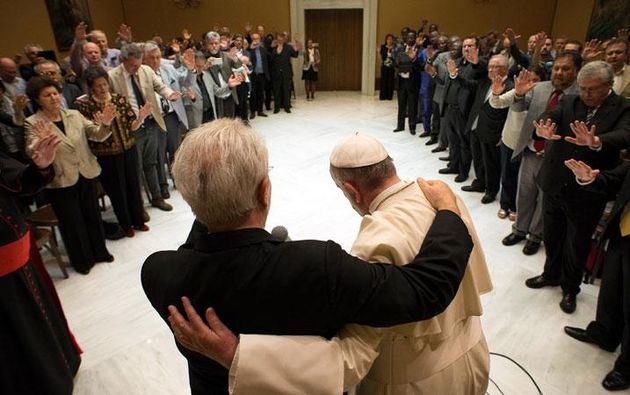 Pastor Giovanni Traettino and other Pentecostal pastors praying for Pope Francis at the Vatican in May 2015.

Since the initial Catholic-Protestant schism was built upon the doctrine of justification, it was only natural that moderates on both sides of the ecclesiastical divide would eventually take up the task of seeking an Erasmian-style compromise.

Such a desire for unity led to the Colloquy of Regensburg (1541) some twenty-two years after the initial Leipzig Debate (1519) where Martin Luther and the Dominican theologian John Eck had clashed over the questions of papal authority, indulgences and the existence of Purgatory. This time Eck was present; but not Luther.

Not only were there matters of church policy driving the Regensburg meeting but also very real political concerns. The Holy Roman Emperor, Charles V (1500-58), wanted a united Germany due to growing tensions with foreign powers.

Without a doubt the most surprising outcome of the Colloquy was the first ever joint declaration on the doctrine of justification. The Catholic representatives John Gropper, Julius von Pflug and John Eck agreed with the Protestants Philip Melanchthon, Martin Bucer and John Pistorius upon the idea of duplex iustitia, that is, double justification. The papal delegate, Cardinal Gasparo Contarini (1483-1542), defined the notion as: “Two kinds of justification, one inherent in us... the other given to us in Christ”.1 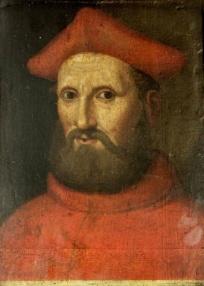 Even though for a short time it looked like the Diet had considerably advanced the cause of Catholic-Protestant ecumenism, its developments were quickly disclaimed by the key players on both sides of the theological fence. Pope Paul III (1468-1549) and his feisty Cardinal Carafa (1517-61) rejected Contarini’s doctrinal compromise whilst over in Wittenberg Luther criticized the declaration as it suggested that one could be justified by works.

Contarini’s definition meant that, “while justification comes essentially by faith and from grace, faith is perfected by good works deriving from the justness created in baptism”.2 The idea that one’s faith and justification could be perfected by human will and works of love was something for which Luther could never have stood. When the German heard the loose language of Regensburg declaration, he retorted, “The Holy Scriptures and God’s commandment are by nature not ambiguous”.3

A year after the Colloquy of Regensburg, Cardinal Contarini was dead and four years later, in 1545, Paul III convened the infamous Council of Trent which was to last until 1563. It was at Trent where the Protestant doctrine of justification by the imputation of Christ’s righteousness through faith alone was cursed by several anathemas. Any optimism regarding a united Catholic-Protestant front had all but disappeared.

It would not be until more than four hundred years later –on Reformation Day in 1999- when the Roman Catholic Church and the Lutheran World Federation eventually signed a renewed Joint Declaration on the Doctrine of Justification in an attempt to advance the ecumenical cause. However it should be pointed out the 1999 Declaration is just as theologically problematic and ambiguous as the 1541 one. But that’s a story for another day.

In short, the most important lesson to learn from today’s article is that the Protestant doctrine of justification through the imputed righteousness of Jesus Christ continues to divide Rome from Wittenberg. Catholicism and Protestantism cannot be at theological peace. Either justification is all of Christ (as the New Testament sources make evidently clear) or it is Christ plus human works.