She lived 4,000 years ago and, although she can hardly be called a celebrity, even today people all over the world are still reading about her. 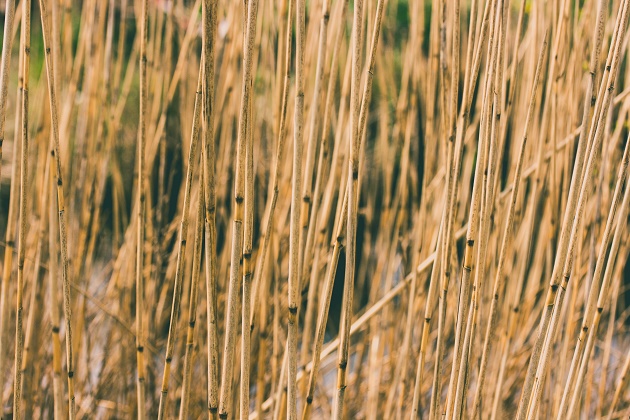 It was Andy Warhol, the famous American pop artist, who said, ”In the future everybody will be world famous for 15 minutes.” We haven't reached that point yet – if we ever will!

But today we are looking at a woman who had her 15 minutes of fame not once, but twice in her life. She lived 4,000 years ago and, although she can hardly be called a celebrity, even today people all over the world are still reading about her. Her name is Rebekah.

She was the wife of Isaac and the mother of Jacob and Esau; so she has a key role in Jewish history. Yet, apart from two short episodes in her life (maybe they were a bit longer than 15 minutes!), we know almost nothing about her. We know where she was buried, through a passing reference in Genesis 49, but we do not even know how and when she died; and she is mentioned just once in the New Testament as Jacob and Esau’s mother (Romans 9:10). Apart from that, nothing.

So, how did she handle her two moments of fame? In the first one, in Genesis 24, we meet her as a young single woman, very beautiful, very eligible. She goes to draw water from the well and encounters the servant whom Abraham had sent to find a wife for his son Isaac. Her response to the servant is welcoming and kind, and she even takes care of his camels. He realises that she is the woman he is looking for because she is a member of Abraham’s family, the granddaughter of his brother. Later that day, when the servant tells her family why he has come, she accepts to go back with him, to somewhere completely unknown, and she even declines her family’s offer of a ten-day celebration. So far, so good. She comes out of this episode very well.

But it is probably Rebekah’s second moment in the limelight that is best known; it is a favourite Sunday school story. It takes place over 60 years later, in Genesis 27, when she is an older woman, married to Isaac, with twin sons who are now adults. One day she overhears Isaac telling his favoured son Esau to go out and kill some game and prepare him a really tasty meal, so that he can give him his blessing before he dies. Incidentally, we wonder if Isaac was a bit of a hypochondriac, as his death does not take place until the end of Genesis 35, over 50 years later!

Rebekah’s favourite is Jacob, the younger of the twins. Now, if you have children (or grandchildren), there is no story which illustrates more clearly than this one the dangers of having a favourite. Treat your children all alike. Follow the example of our heavenly Father, who does not show favouritism (Romans 2:11).

Rebekah takes advantage of the fact that her husband is by now nearly blind. She presses Jacob, against his own misgivings, to go in quickly to Isaac with a meal that she has prepared and to pretend to be Esau. She has everything worked out: she knows the food that Isaac likes, she makes Jacob put on Esau’s best clothes, and she covers his hands and his neck with goatskin so that he would seem to be hairy like his brother Esau.

It all worked like a dream on the day: Jacob got the blessing that his father had intended to give to Esau; and when Isaac realises this, it is too late to change anything. However, deceit may bring short-term gain, but it has long-term consequences. In order to save his life from Esau’s revenge, Rebekah had to hurriedly arrange for Jacob to be sent away to her family, on the pretext of him not marrying a woman from the tribes around them – more deceit. And she has to endure 14 years of not seeing her favourite son. Perhaps she never saw him again, for it is quite possible that she died during his absence, as she is never mentioned again in the narrative.

Will you be famous one day for 15 minutes? Perhaps not globally; but maybe in your town, in your neighbourhood, in your work, in your church, you will be thrust into the limelight for just a short period of time. How will you behave? It is easy to look at people in the public eye and say, ‘If I were Prime Minister/ President/ Chairman of the Board/ etc., I would not make the mistakes that they are making.’ Maybe not. You would probably make some others instead. Because when we are thrust into the limelight, what is inside us becomes mercilessly visible to the whole world.

If you look at the history of Rebekah’s brother Laban with her son Jacob (Genesis 29-31), it seems that deceit and greed were deeply rooted in her family. It is good to know the weaknesses of our own family, so that we can fight against them, with God’s help.

Apparently Rebekah had not struggled against her family weaknesses, for when she sees the possibility of her less favoured son getting the blessing, she resorts to deceit. And sadly, that is how most of us remember her from the Bible. Her mother-in-law and father-in-law, her husband and her son are all commended in the New Testament for their faith; but not her.

We cannot know in advance when we will be thrust into the limelight – willingly or unwillingly –  for our moment of fame. So, now is the time to start preparing for it so that, unlike Rebekah, our life is not remembered for all the wrong kinds of things.