In spite of some terribly dark days, the Protestant faith keeps pressing on.

Reformation faith was born into the world protesting against Roman Catholic theology. Ever since, Protestantism has been through its fair share of battles or what the late Reverend Ian Paisley called “scraps”.

Thanks to the Lord, the battered ship of Protestantism keeps pressing on in our days in spite of countless adversaries to the left (theological liberalism) and the right (Catholicism).

In today’s study, we will focus upon ten of the darkest days that marked the first thirty years of early Protestantism.

May this brief list encourage us all to keep flying high the biblical principles of Evangelical faith in our generation: sola Scriptura, sola gratia, solus Christus, sola fide and soli Deo gloria.

Luther was strongly criticized regarding the part he played in the German Peasants’ War in which up to 100,000 peasants and farmers were butchered by the upper classes in different parts of Germany, Switzerland and Austria. Although Luther sympathized with the complaint that the poor were being unjustly treated by the aristocracy, his socially conservative nature led him to point out that man was called first and foremost to work and not to kick-start a revolution.

He penned his infamous tract ‘Against the Murderous, Thieving Hordes of Peasants’ (1525) calling upon the mighty and powerful to stamp out the revolution by any means possible. They willingly obliged in spite of the fact that Luther would later hit out at them over their inhumane brutality. Karl Barth underscored that 1525, “meant the end of Luther’s true and undisputed popularity”.1

The dispute between Luther and Swiss Reformer Ulrich Zwingli was put on public display at the Colloquy of Marburg (1529). Rather than uniting forces, the two giants were unable to agree upon how to interpret the institution of the Lord’s Supper. Whereas Zwingli held to a strictly commemorative view of the Table, Luther was convinced that Jesus was somehow still bodily present in the elements of the bread and the wine but just not in a traditional Roman Catholic fashion.

Instead of Roman transubstantiation, the view Luther proposed has been described as consubstantiation, namely, the idea that the body of Christ is given “in, with and under” the two elements. Since the two Reformers were unable to come to an agreement, Protestantism divided up into two distinct factions: the Lutheran wing and the Reformed wing. A great opportunity for Evangelical unity was thus lost over an issue of secondary importance. 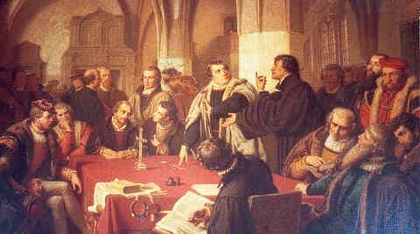 Zwingli knew that he was the real loser at the Colloquy of Marburg. Without a united Protestant front, he was left somewhat isolated when five Catholic cantons declared war upon Zurich in October 1531. The 47-year-old Reformer was struck down on the battlefield at Kappel and Swiss Protestantism was deprived of one of its most gifted and able leaders.

The German city of Munster afforded the Anabaptist wing of the Reformation their first ever place of socio-political significance. Having won the local elections in 1534 under the leadership of Jan Matthijs, the Anabaptists set about transforming the city according to their radical principles.

Reformation expert Michael Reeves explains: “Infant baptism was outlawed and adult baptism was made compulsory. Those who resisted were expelled from the city. Communism was enforced, with doors having to be left open day and night to show that all property really was held in common. Munster had become the scandal of Europe, and soon the city was put under siege”.2

Reeves also recounts how Matthijs’ successor, Jan van Leiden, did away with the city council opting to rule with twelve elders and with a “golden apple in his hand” which represented his global rule. He also had himself anointed as “the King David of this New Jerusalem.

Polygamy was now instituted and enforced, execution being the alternative option. In fact, refusing adult baptism, backbiting, scolding one’s parents and any number of trivial offences now became punishable by death. Jan personally beheaded and trampled one of his sixteen wives in the town square for being cheeky”.3

However, all was not to end well. A coalition of Lutheran and Catholic forces laid siege to the city killing pretty much every resident in the process in the summer of 1535. Due to the shenanigans at Munster, even many peace-loving Anabaptists were now looked upon as dangerous revolutionaries.

The wave of anti-Protestant persecution which was unleashed in France back in 1535 is perhaps best-known for causing the up-and-rising star of Protestantism, John Calvin, to flee from Paris. King Francis I rose up against Evangelicals following the infamous ‘Affaire des Placards’ (Affair of the Placards) when anti-Roman Catholic posters were pinned up across Paris, Orléans, Rouen, Tours and Blois. But the straw that broke the camel’s back was when one such poster was found posted up upon Francis’ bedroom door! Evangelicals were hunted down and those found guilty of involvement in the Placard Affair were publically executed.

One of the darkest hours of Luther’s life had to do with the part he played in the bigamy of the Protestant prince Philip of Hesse (1504-57).

In spite of his faithful wife giving birth to seven children, Philip did not feel sexually satisfied so he slept about with numerous women. Due to a severe guilt-complex concerning his promiscuity, Philip thought that having a second wife would dispel all further temptation. So he asked Luther and two of his best friends (Philip Melanchthon and Martin Bucer) about the possibility of taking on a second wife.

Surprisingly, they all agreed and Luther went so far as to cite the example of the biblical patriarchs as polygamists. Luther advised Philip to get married in secret and to keep quiet about it. As big day arrived, Luther recommended a “strong lie” to stop the news from getting out. Once news of Philip’s bigamy inevitably spread abroad, both Catholics and Protestants were dumbfounded. The cause of the Reformation was brought into open disrepute and Luther had even fewer followers than before! 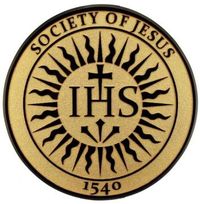 27th September 1540 is the official birthday of the Society of Jesus or, more popularly, the Jesuits. In the light of the mighty advance of Protestant principles throughout Europe, the zealous Spanish papist Ignatius of Loyola decided to react by setting up a new organization bent on re-evangelizing Protestants in an attempt to lure them back to the Mother Church.

However, the Jesuits were not just interested in re-Catholicizing the West but also in converting the unreached peoples beyond the North Atlantic. They sent many missionaries overseas gaining countless souls for the cause of the Vatican in Asia and Southern America and thus bringing the expansion of Evangelicalism to an abrupt halt.

Pope Paul III was responsible for reorganizing the Congregation of the Holy Office of the Inquisition just in time for the Council of Trent. The Inquisition made sure that Protestant “heresies” were well and truly done away with whenever they showed up on Catholic soil (particularly in countries under Spanish or Portuguese rule). The same fate, of course, applied to Judaism and Islam.

To this day, the Inquisition continues to conjure up images of merciless torture, burning at the stake and a host of other acts of sadistic barbarism committed in the name of the God of Christendom that claimed the lives of thousands of Protestants.

It was also Paul III who convoked the Council of Trent, an eighteen-year-long ecclesiastical council which sought to respond theologically to the threat of Protestantism. Trent condemned the doctrinal convictions of the Reformers whilst upholding traditional Roman Catholic teaching.

The church was proclaimed to be the ultimate authority with respect to the interpretation of Scripture; both tradition and the Bible were held together as authorities of equal standing; and the doctrine of justification by faith alone was cursed in the severest of terms. To get a flavour of how tough Trent’s standpoint was, just listen to these snippets:

- If anyone says that the sinner is justified by faith alone... let him be anathema (Canon 9).

- If anyone says that men are justified either solely by the imputation of Christ’s righteousness or solely by the remission of sins... let him be anathema (Canon 11).

- If anyone says that justifying faith is nothing else than trust in divine mercy, which remits sins for Christ’s sake... let him be anathema (Canon 12).

We can draw early Protestantism to a close with the death of its leading Reformer and chief prophet, namely, Martin Luther. Until Luther’s death, the Lutherans remained a fairly united bunch; but once their founder was gone, Lutheranism divided into rivalling factions: one group followed the more liberally-leaning Philip Melanchthon whereas the rest stood with Matthias Flacius, a die-hard Luther supporter who attacked Philip for watering down his hero’s doctrine.

With Luther out of the way, Protestantism was to start sailing unchartered waters. The mantle of the Protestant movement thus fell upon a hard-working French refugee over in Geneva, John Calvin.

Protestantism has been far from a plain-sailing affair; but through it all, its Evangelical principles have revolutionized the face of the planet from top to bottom. Thanks to the dogged tenacity of our reforming forefathers, vital biblical truth has been kept alive in the world.

Of course we recall the shortcomings and failures of those who went before us; but we also do well to remember that we ourselves are plagued with errors, misjudgements and mishaps. So we thank God for the Reformers and the Reformation; but above all, we thank the Lord for the truth that the early Protestants rediscovered.