Joseph – The arrogance of youth

God did not look at the arrogant young Joseph and say, ‘That’s it. He’s blown it. I can’t do anything with him.’ Not at all. 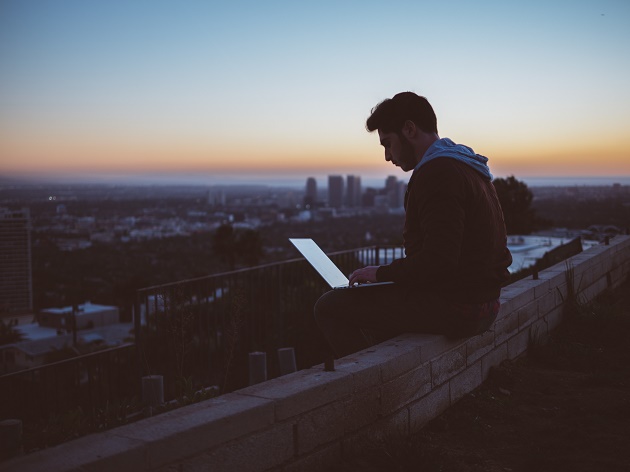 It was Mark Twain who said, “When I was a boy of 14, my father was so ignorant I could hardly stand to have the old man around. But when I got to be 21, I was astonished at how much the old man had learned in seven years.” Any of us who have been parents of teenage children, or who have been teenagers ourselves will surely identify with this!

The temptation to arrogance in the teenage years is particularly strong for those who are academically gifted. Western schools tend to assess pupils on the basis of a very narrow range of qualities, namely academic ability in a certain number of subjects. Qualities such as thoughtfulness, compassion and kindness rarely have a high profile. Although it is good to have an interesting and varied CV when you apply, say, for a British university, if you are offered a conditional place, the condition is based on one thing and one thing alone: your end of school grades.

When I reflect back on my teenage years, I think that I fell into that trap. I believed the lie that, because I was very able at a number of academic subjects, I was a brilliant person. Had you challenged me, I very much doubt that I would have admitted being arrogant or proud. I would probably have said that I was just making a realistic assessment of myself. But, as CS Lewis says of pride, “Every one in the world loathes it when he sees it in someone else; but hardly any people, except Christians, ever imagine that they are guilty of it themselves. There is no fault which makes a person more unpopular, and no fault which we are more unconscious of in ourselves.”

In the culture in which Joseph lived it was not academic ability which would make you proud - for there were no schools teaching academic subjects where he lived. We do, however, see in Genesis 37 two things that were strongly valued in the world in which he grew up: being favoured by somebody important, and hearing from God. On the first count, Joseph was highly favoured by the most important and senior member of his family: his father, Jacob, who “loved Joseph more than any of his other sons, because he had been born to him in his old age” (Genesis 37:3), and by his favourite wife, Rachel.

Then on the second count, Joseph heard from God in dreams, an important means of receiving divine communication in his culture. He not only dreamt, but he had the capacity to interpret dreams. His brothers hated the dreams, but they could not ignore them. Even his father resented being told by his favourite son about the dream where he and his wife were bowing down to him; but still, he “kept the matter in mind” (Genesis 37:11)

Sadly, Joseph’s privileges and abilities played into the temptation to arrogance in teenage years. He told tales to his father about his brothers (Genesis 37:2); he walked about in the special robe that his father had given him whenever possible (see Genesis 37:23); and he delighted to tell his family of his dreams where he was the central figure (Genesis 37:5-11).

Yet here is something wonderful: God did not look at the arrogant young Joseph and say, ‘That’s it. He’s blown it. I can’t do anything with him.’ Not at all. The gifts which God had given to Joseph stayed with him all through his life; and God greatly used them. Wherever he went, he found favour with important people: Potiphar, his Egyptian master; the chief jailer when he was in prison; and Pharaoh himself. And his capacity to interpret dreams grew stronger as he grew older: he accurately interpreted the dreams of the cupbearer and the baker while he was in prison; and finally he was able not only to interpret Pharaoh’s puzzling dreams, but to advise him on how to respond to them.

Before this could happen Joseph’s character had to be fashioned. The experiences of being sold into slavery by his step-brothers, of spending most of his life in a country whose language and customs where not his own, of being unjustly accused of sexual misconduct and being thrown into prison, of being forgotten by the person whose dream he had so accurately interpreted, radically changed him and enabled God to use his gifts in a much more wise and effective way. Just as James says, the testing of his faith enabled him to be mature and complete, not lacking anything (James 1:3-4).

If we reflect honestly on our lives, most of us will recall times when we have fallen into the trap of arrogance, and we may be able to identify the bitter fruit that it has sown in our lives. Maybe we could ask somebody whom we trust, “Do I come across as proud or arrogant?” Dare we do this?

Joseph had a lot of time for such reflection, especially while he was in prison. He could identify with those words which Micah wrote many centuries later, words which have been very precious to me: Do not gloat over me, my enemy! Though I have fallen, I will rise. Though I sit in darkness, the Lord will be my light. Because I have sinned against him, I will bear the Lord’s wrath, until he pleads my case and establishes my right. He will bring me out into the light; I will see his righteousness (Micah 7:8-9).

Published in: Evangelical Focus - Faithful under Pressure - Joseph – The arrogance of youth