The Bible says that time is running out and that all prophecies about the future are about to be fulfilled. 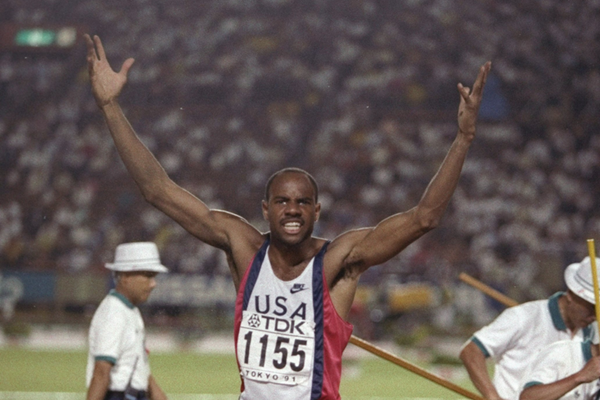 MIKE POWELL broke one of the most wonderful world records in the history of athletics. In the Tokyo world championships, Mike jumped 8.95 meters, and was in the air for 0.99 second. In less than one second, he became the most famous athlete in the world by making the longest single jump.

One second is less time than it takes to read this line, but it seems to last forever. Time is like that; it slips away before we know it. Not only our lifetime, but the world's time.

Our world's days are numbered; time is running out even as you read these words. The end may come today!

A world war won't come and destroy us. Nor will some ecological disaster cause famine and drought. It won't be one government's decision or a natural disaster of epic proportions. That isn't what numbers our days. It's the countdown to Jesus' return.

The Bible says that for the second time in human history, Jesus will come back in person to this earth. Next time it won't be as a humble servant, but as the King.

The whole world will have to acknowledge him as Lord of the Universe, with one proviso: those of us who have already done so will live with him forever.

Those who rejected him will be eternally condemned, with no turning back. That is why the Lord's return is so important to you.

All world events point to the Lord coming soon. He gets closer every day, every moment, every second. He may come in this generation. Many of us may meet him live.

It's the most important future event in history. One question: Are you expecting Jesus? Are you ready? If not, time is running out.