Thou Shalt Not Kill

Three ways you may unwittingly kill your neighbour. 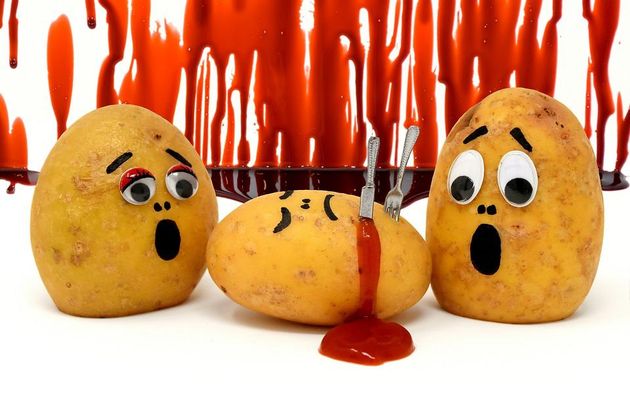 The sixth commandment is still to be obeyed by all of God’s people. Although the Decalogue cannot justify us before God, the Ten Commandments are a “rule of life” which help sanctify us.

So what does command number six state?

Answer: Thou shalt not kill.

I want to talk about three ways in which we may murder our neighbour.

1.- Killing the body of your neighbour

The most natural and literal interpretation of the commandment is: “Don’t kill your neighbour’s body!” Human life is sacred because we were created in the image and likeness of God. The Lord had already warned in the days of Noah, “Whosoever sheds man’s blood, by man shall his blood be shed: for in the image of God made He man” (Genesis 9:6).

The apostle John tells us in the New Testament that Cain was a child of the devil in that he murdered his brother Abel (1 John 3:12). It is not for us to kill anybody because the Lord did not confer “the sword” (capital punishment) upon any individual but rather upon the state (Romans 13:4). We can no right to take the law into our own hands.

2.- Killing the reputation of your neighbour

The majority of Christians know that killing is wicked; nevertheless, multitudes may unwittingly destroy the reputation of their brethren by evil speaking. Having a ‘big mouth’ is an awful sign of the flesh.

It does so much damage and tends to wreak havoc within the bounds of a local congregation.

We are to protect and defend the honour of all of God’s children. They are our brothers and sisters in the faith. We cannot allow anybody to speak perversely of one of our own.

“A good name is rather to be chosen than great riches” (Proverbs 22:1). God calls us to cover the nudity of our brethren (Genesis 9:23).

3.- Killing the soul of your neighbour

Finally, you may also obliterate your neighbour by means of a bad example or if you seduce him/ her to sin against the Lord’s commandments.

In this third sense of murdering, false prophets are pernicious because they sow poison in the hearts of their followers. They shed innocent blood. That is why Scriptures condemn such ministers so severely (and publically).

Denouncing false prophets is an act of love towards God and His precious sheep who can easily be laid astray and deceived.

Christians are not just called upon to fulfil the sixth commandment in the negative sense of the term. In other words, they will not kill the body, the reputation or the soul of their co-saints, rather, they will do the complete opposite in obedience to the Spirit of Christ.

What do I mean? Christians will do all in their power to bless the body, reputation and soul of their brethren.

For example, instead of being content with not speaking evil of their brethren, they will take advantage of every occasion to speak well of them, extolling their virtues.

So, thou shalt not kill.

Protect his/ her body.

Protect his/ her reputation.

Protect his/ her soul.

Published in: Evangelical Focus - Fresh Breeze - Thou Shalt Not Kill