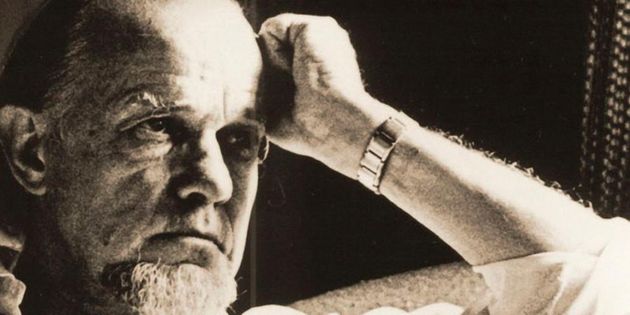 Mid-May marks the anniversary of Francis Schaffer’s ascent into glory.

This year, however, is somewhat more special as it is the fiftieth anniversary of his acclaimed tome Escape from Reason in which our philosopher defends the thesis that the death of God inevitably leads to the death of modern man.

In spite of the book’s small size (less than 100 pages), its insights are as still as relevant as they were half-a-century ago. Post-modern man (post-1960s) is none the wiser than his modern counterpart.

He continues to feel haunted by the same ruthless meaningless that stems from a sharp division between the empirical and the non-empirical; the objective and the subjective; the rational and the trans-rational.

Such a dualism, of course, is an out-and-out denial of the unified vision of reality offered to us by the biblical God.

He who forgives sins in the spiritual realm is also able to heal the paralytic in the physical world. The good Lord is sovereign over both spheres.

Today, in honour of his legacy, and as a means of getting you all interested in Schaffer; we shall dedicate our weekly article to some marvellous quotes drawn from the aforementioned tome.

The responsibility of the Christian church “is not only to hold to the basic, scriptural principles of the Christian faith, but to communicate these unchanging truths into the generation in which it is living” (Introduction).

“In Aquinas’s view the will of man was fallen, but the intellect was not. From this incomplete view of the biblical Fall flowed all the subsequent difficulties. Man’s intellect became autonomous. In one realm man was now independent, autonomous”.

“The point to be stressed is that, when nature is made autonomous, it is destructive”.

“The Reformation accepted the biblical picture of a total Fall. The whole man had been made by God, but now the whole man is fallen, including his intellect and will. In contrast to Aquinas, only God was autonomous”.

“For the Reformation, final and sufficient knowledge rested in the Bible –that is, Scripture alone, in contrast to Scripture plus anything else parallel to the Scriptures, whether it be the church or a natural theology”.

“In the Roman Catholic position there was a divided work of salvation –Christ died for our salvation, but man had to merit the merit of Christ. Thus there was a humanistic element involved. The Reformers said that there is nothing man can do; no autonomous or humanistic, religious or moral effort of man can help. One is saved only on the basis of the finished work of Christ as He died in space and time in history, and the only way to be saved is to raise the empty hands of faith and, by God’s grace, to accept God’s free gift –faith alone”.

“There could have been no Reformation and no Reformation culture in Northern Europe without the realization that God had spoken to man in the Scriptures and that, therefore, we know something truly about God, because God has revealed it to man”.

“On the basis of the Scriptures, while we do not have exhaustive knowledge, we have true and unified knowledge”.

“The Bible says that you are wonderful because you are made in the image of God, but that you are flawed because, at a space-time point of history, man fell”.

“People today are trying to hand on to the dignity of man, and they do not know how to because they have lost the truth that man is made in the image of God”.

“The gods of the East are infinite by definition, in the sense that they encompass all –the evil as well as the good- but they are not personal. The gods of the West were personal, but they were very limited. The Teutonic, the Roman and the Greek gods were all the same –personal but not infinite. The Christian God, the God of the Bible, is personal-infinite”. 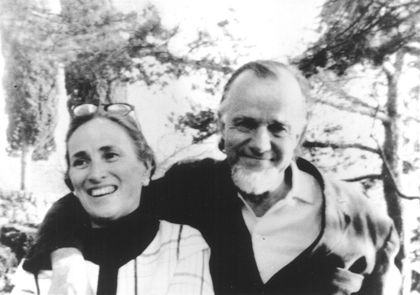 “Christianity was needed to give birth to modern science”.

“The early scientists also shared the outlook of Christianity in believing that there is a reasonable God, who had created a reasonable universe, and thus man, by use of his reason, could find out the universe’s form”.

“Kant’s system broke upon the rock of trying to find a way, any way, to bring the phenomenal world of nature into relationship with the noumenal world of universals”.

“What is autonomous freedom? It means a freedom in which the individual is the centre of the universe”.

“If man is determined, then what is is right”.

“When you tell men long enough that they are machines, it soon begins to show in their actions”.

“What is this despair [of modern man]? It arises from the abandonment of the hope of a unified answer for knowledge and life”.

“The basic reason that drugs are seriously taken today is not for escape or kicks but because man is desperate”.

“The old mystics said that there was somebody there, but the new mystic says that that does not matter, because faith is the important thing. It is faith in faith, whether expressed in secular or religious terms”.

“Linguistic analysis is an anti-philosophy in the sense that these men have limited themselves in their concept of philosophy”.

“The new theologian has lost the unique infinite-personal God of biblical revelation and of the Reformation. Liberal theology of the current thinking has only god words as a substitute”.

“Some evangelicals have recently been asserting that what matters is not setting out to prove or disprove propositions; what matters is an encounter with Jesus. When a Christian has made such a statement he has, in an analysed or unanalysed form, moved upstairs”.

“I have with sorrow become more afraid of the word ‘Jesus’ than almost any other word in the modern world. The word is used as a content-less banner, and our generation is invited to follow it. But there is no rational, scriptural content by which to test it, and thus the word is being used to teach the very opposite things from those which Jesus taught”.

“Over the last few years the word ‘Jesus’, separated from the content of the Scriptures, has become the enemy of the Jesus of history, the Jesus who died and rose and who is coming again and who is the eternal Son of God. So let us take care”.

“The whole Reformation system of law was built on the fact that God had revealed something real down into the common things of life”.

“Modern man has not only thrown away Christian theology, he has thrown away the possibility of what our forefathers had as a basis for morality and law”.

“Christianity has the opportunity, therefore, to speak clearly of the fact that its answer has the very thing modern man has despaired of –the unity of thought. It provides a unified answer for the whole of life”.

“I am false or confused if I sing about Christ’s lordship and contrive to retain areas of my own life that are autonomous”.

“Any autonomy is wrong. Autonomous science or autonomous art is wrong, if by autonomous we mean it is free from the content of what God has told us”.

“No humanistic system has provided a justification for man to begin with himself”.

“The fact that man has fallen does not mean that he has ceased to bear God’s image. He has not ceased to be man because he is fallen”.

“The Jewish concept [of truth] is separated from the Greek in that the Jewish was rooted in space-time history”.

“There are certain unchangeable facts which are true. These have no relationship to the shifting tides. They make the Christian system what it is, and if they are altered, Christianity becomes something else”.

“There are evangelical Christians today who, in all sincerity, are concerned with their lack of communication, but in order to bridge the gap they are tending to change what must remain unchangeable. If we do this we are no longer communicating Christianity, and what we have left is no different from the surrounding consensus”.