An Evening of Questions 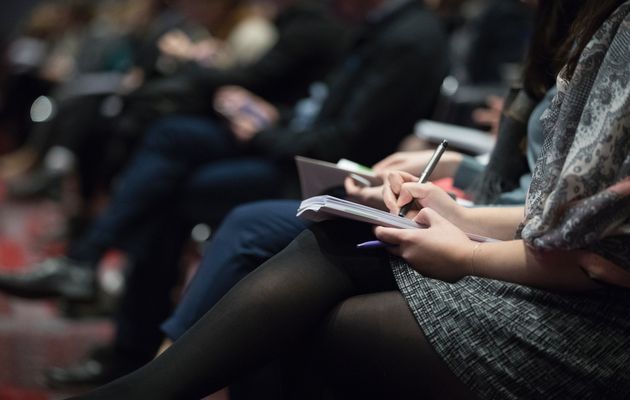 Questions were coming from the right and left, thoughtful, poignant questions. What about suffering? The infinitude of religions? The dates established by Josephus?

I and the atheist next to me were getting grilled, now by the audience. We had just debated about the existence of God, at a mix of café and literary meeting hub here in Rome, next to the university.

I could see in people’s faces that they wanted to engage, that they welcomed a friendly forum where they could express their honest doubts, and honest they were. I tried my best to answer their questions.

One gal wanted to hear how can we believe in the Jesus story when we see similar stories of the sacrifice and resurrection of different gods in so many of the world’s myths. I was glad that I had just written a Wondering Fair article just on that (thank you Lord!), and could share my thoughts with her.

A guy wanted me to name one example of a powerful person of faith which did not abuse his power for his own selfish gain. I tried going for the easy answer, Jesus, and he laughed with me, but then tried telling him a bit of William Wilbeforce, who used his wealth and influence as a member of the British Parliament to help abolish the slave trade.

A student asked why would the Vatican have a subterraneous hidden library if it had nothing to hide – and this one I was glad I could by-pass, and said it would be best left for a Vatican official to respond. (Though he got me thinking, what lurks down there?)

But my favorite question came after the debate, while I was packing my things. A guy approached me with his girlfriend, both in their twenties. He was articulate but seemed afraid to voice his doubts, a bit ashamed even.

“No please, go ahead,” I said, looking him in the eye, and his girlfriend nudged him too.

“I’m not into all this philosophy, I like being practical, and just wanted to know: why did Jesus turn water into wine?” I could not help but smile, and his girlfriend went on. “You know, people would get drunk with all that wine, and isn’t Jesus supposed to discourage that?”

I kept on smiling, and he concluded. “Not just that, I just thought that, you know, he should be supposed to do important miracles, and this wine think is just, I don’t know, unimportant.”

I told them, “what a great question!”, and I could the see their faces relax, as if thinking, “Oh I’m glad, I thought it was going to sound stupid…” But I really meant it. It is a great question.

I liked it not just because I could see the emotions bubbling in their eyes – a bit of fear, shame for asking a stupid-sounding question, courage to come forward and go talk with a stranger – but mostly because the issue behind their question is the most crucial existential question we have,  more pressing that “is there life after death?” or “what is the meaning of life?.”

The question is: Who is Jesus? Who is this man who still haunts us, thousands of years later, who still attracts us like he did back then, who still gets us thinking about wine and water and the large and small stuff of life?

Many people see Jesus as the answer, but I like it even more when they see him as the question. And what a question he is. Scholar John Meier writes,

What is beyond dispute …  is that Jesus of Nazareth is one of those perennial question marks in history with which mankind is never quite done. With a ministry of two or three years he attracted and infuriated his contemporaries, mesmerized and alienated the ancient world, unleashed a movement that has done the same ever since, and thus changed the course of history forever.

Answering who that man was is not small challenge.

I loved when people came to ask about hope and suffering and ethics and the origins of the universe. But those two were on to something. Who is this Jesus?

The way we answer this question will change the way we answer every other existential question. Until we come to grips with it, a large piece of the puzzle of life and history will be unresolved, and of our lives too.

Ah, and if you want to know why did Jesus turn water into wine, Madi Simpson has written a fabulous article just about that…

Published in: Evangelical Focus - Culture Making - An Evening of Questions