Who's taking centre stage: God or us? 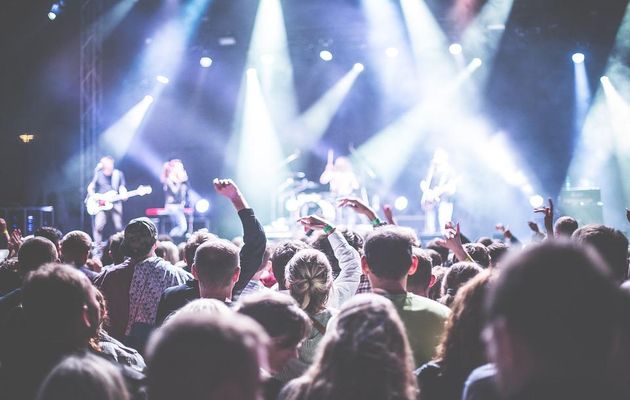 I’ve never been anti-music. But as with all things, everything has its limit. Even music –when it is given too much prominence in the house of God- can become a hindrance rather than a blessing.

The Protestant Church was founded upon one thing alone: the plain preaching of the Word of God. All of the chief Reformers were first and foremost men of the Word.

Their churches were constructed around the sound doctrine of the Scriptures. Nothing could challenge the centrality of the Christian pulpit.

After all, the Roman Catholic Church’s chief sin throughout the Middle Ages had been covering up the deep truths of the Bible. So the Reformers purposefully wanted to get old fashioned preaching back to the forefront of Christian worship.

But it seems to me than our contemporary Evangelical movement is slowly beginning to slip down the dark slopes of Mount Apostasy. We have forgotten the manifold lessons history has to teach.

Nowadays music has become our new golden calf which nobody may dare to challenge. Who would be such a fool as to call our amount of singing into question? After all, music just feels so good; doesn’t it? It just has to be of God.

We freely reduce the time allotted to the announcements and even the preaching of the Word in our Sunday services; but not the music. No, sir! Give us five, ten or fifteen minutes more! Everyone loves worship time.

I recall the great Martyn Lloyd-Jones once complained about a meeting in USA where he preached after going through forty minutes of praise music. I wonder what he would think if he were still around today.

Again, I’m not anti-music as such. However, I do oppose music when it becomes so prominent that focus is taken off the Word of God.

I’ve even attended meetings over the years that were just full of music and left a few minutes to get a brief ‘Word’ in at the end. What is this? Jesus wanted a church built upon His teaching! Nothing can stand against that! He never uttered a single word about music.

I also oppose music when it is watered down to mere entertainment. This is what I’m witnessing more and more as a preacher.

I go to events to preach and instead of worship we get entertained by mesmerizing solos, dance techniques and chants. The music is pumped up so loud that you can’t even hear the people of God sing.

At one meeting towards the end of 2013 I was in a 'worship service' where some kind of misty gas was released into the air every five minutes just to keep our attention.

I saw folk trying to catch the gas, pushing one another about and jumping like headless chickens. There was not an ounce of the fear of the Lord present. It was a pure carnal spectacle offered on the altar of the ‘god’ of entertainment.

I submit that this type of nonsense is a blasphemy unworthy of the name of God. What glory does the Lord get from such senselessness? Where is the sense of the presence of the Lord in these meetings? Is this worship? You bet your bottom dollar it’s not!

We need to get back to biblical worship. One step some denominations have taken has been to do away with music altogether. I wouldn’t suggest going that far. But certainly something has to be done to steer the tide back towards the Rock of the Word of God.

Music, like so many things, can be useful in the measure that we use it for God’s glory; but it must be put into its due place. It must be theologically correct.

It must allow the church’s voice to be heard. And it must not be so long that it tires folk when the preacher steps up to speak in the name of the Lord.

At the end of the day, God's voice is much more important than ours...